Now that we understand why we need an inverter for PV systems, it is time to introduce the different types of inverters that exist in the market and discover the advantages and disadvantages of each type. Inverters are classified based on their size, mode of operation, or configuration topology.

Inverters based on PV system type

Considering the classification based on the mode of operation, inverters can be classified into three broad categories:

Inverter classification according to Interconnection types is discussed in EME 812 (11.4. Grid connection and role of inverters).

Aside from the modes of operation, grid-connected inverters are also classified according to configuration topology. There are four different categories under this classification. 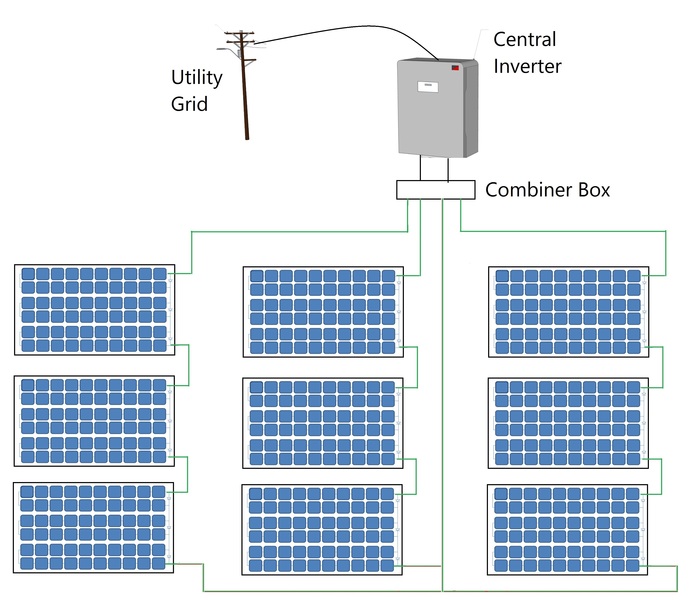 Advantages of a Central Inverter

Disadvantages of a Central Inverter

What consequences can the size of a central inverter have on a PV array?

ANSWER: The huge size of a central inverter needs to be taken into account when designing the PV array to avoid a shading effect. 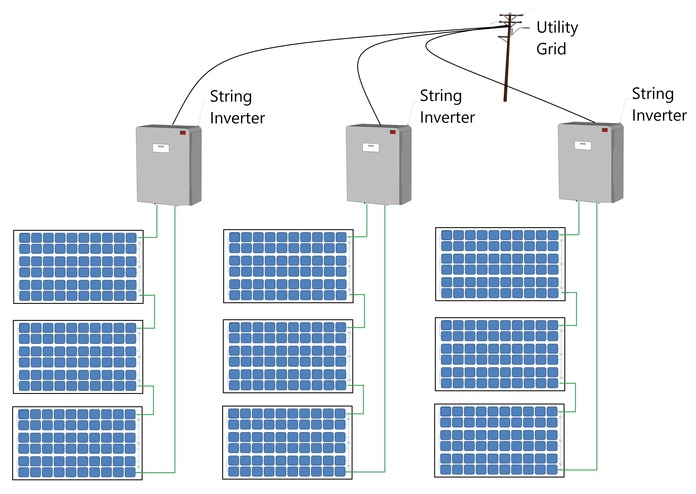 As the name indicates, each string of PV modules has its own inverter. In this case, we are moving closer to the PV modules level.

Advantages of a String Inverter

Disadvantages of a String Inverter

There is another topology of string inverters called the multi-string inverter. It utilizes string DC-DC converter for MPPT and then central inverter. This type is not very common and is beyond our discussion for this class. 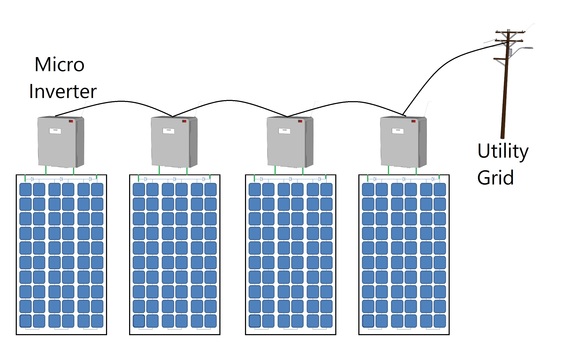 As the name suggests, each module has a dedicated inverter with an MPP tracker.

What consequences can the micro-inverter installation location have on the PV module?

ANSWER: Micro-inverters can increase the heat mass under the PV module.

‹ Why Power Conditioning Units for PV? up Interpreting inverter datasheet and main parameters ›