The Modern Picture of the Milky Way

Defining the Milky Way is a bit difficult, because it is not one single coherent, solid object. Instead, The Milky Way is considered to be the sum of all the individual objects (stars, planets, nebulae, dust particles, etc.) that are gravitationally bound to each other. That is, if an object like a star or a star cluster feels a strong enough gravitational pull from the rest of the objects in the Milky Way that it cannot escape, it is considered to be part of the Milky Way. If we draw borders that enclose all of these objects, we can roughly define the shape of the Milky Way. In general, the word galaxy refers to a collection of gravitationally bound stars and associated material that is above some minimum size (to differentiate galaxies from massive star clusters). 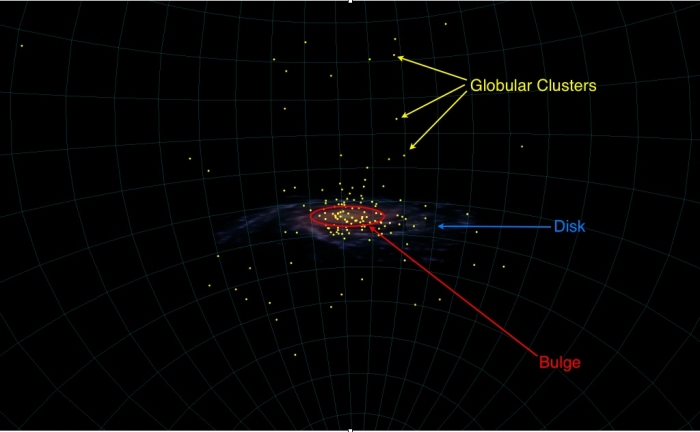 Figure 8:10: Schematic of Milky Way with stellar populations labeled, showing the thin disk, the more spherical central bulge, and the globular clusters which are found above and below the disk.
Source: Captured using the Partiview software and the Digital Universe Atlas

The artist's conception above shows an image of the Milky Way disk with its spiral arm structure represented (labeled in blue). Also shown are the central bulge region (labeled in red) and the globular clusters (labeled in yellow). The wireframe in the background represents the halo.

We can describe these structures and their properties in more detail:

Because we are embedded in the Milky Way's disk, it is quite difficult for us to discern the substructures in the disk. So our understanding of the Milky Way's structure continues to evolve as we study it in more depth. Below is a labeled image of the structure of the Milky Way's disk and bulge, which includes the latest updates for the location and densities of the Galaxy's spiral arms determined by observations with the Spitzer Space Telescope. 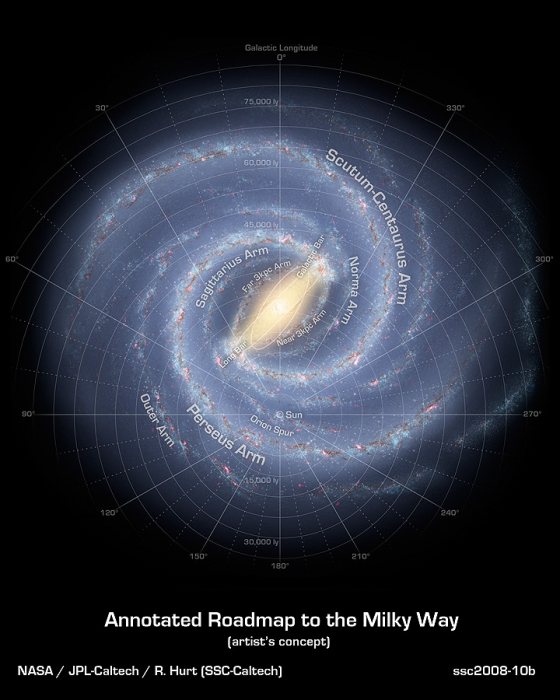