Sandy, in many ways, was the wake-up call for the United States east coast as it affected so many people. Here, we will focus on the impacts on New York City, but there were many more communities in this region of the U.S. that were devastated by Sandy’s impacts. It was the first time in recent years a city of the stature and population density and sheer size of New York had been hit directly by a storm this size. And it is fully acknowledged that it can easily happen again. Below, we will consider the circumstances of Sandy and the plans afoot for protecting the city from “another Sandy.”

To begin with, Sandy was a uniquely impactful storm in terms of its size, timing, and trajectory. It provided perfect examples of the factors that affect storm surge impacts learned in Module 5. Please read Chapter 1 of the New York City government report on Sandy's impacts, linked to the Module 6 roadmap below. You will be responsible for understanding these impacts and why Sandy was such a destructive and important storm event for the northeastern U.S. Please also listen to and read the other materials linked below to gain a picture of the response to Sandy. 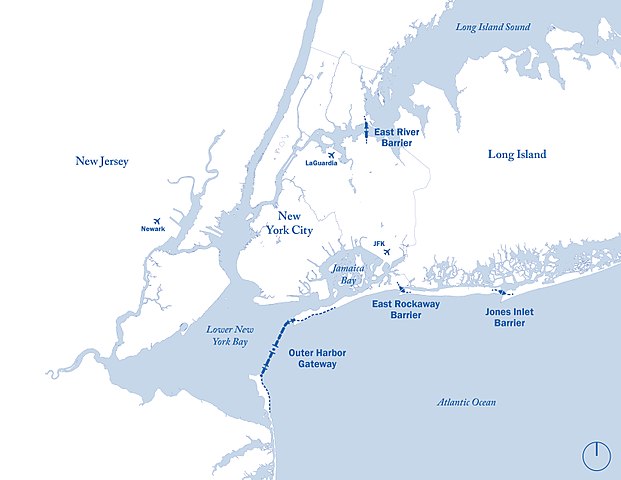 After reading and listening to the materials provided in the links above, consider how you would answer the questions on the cards below. Click "Turn" to see the correct answer on the reverse side of each card.

‹ Section B: The United States up New Orleans, LA ›