We opened Module 4, with the video Rising Sea Levels - Changing Planet, which began by describing some of the consequences to the world’s coastal communities of sea level rise. Dr. Ben Horton of the Earth Observatory of Singapore predicts that with more than 1 meter of sea level rise, social and economic consequences will include health problems, social problems, and political instability.

Already, coastal communities are experiencing more frequent flooding, poorer drainage, higher storm surge, increased shoreline erosion, and saltwater intrusion into surface and groundwater sources. Flooding is leading to damage and loss of infrastructure and peoples’ homes at an increasing rate around the world. 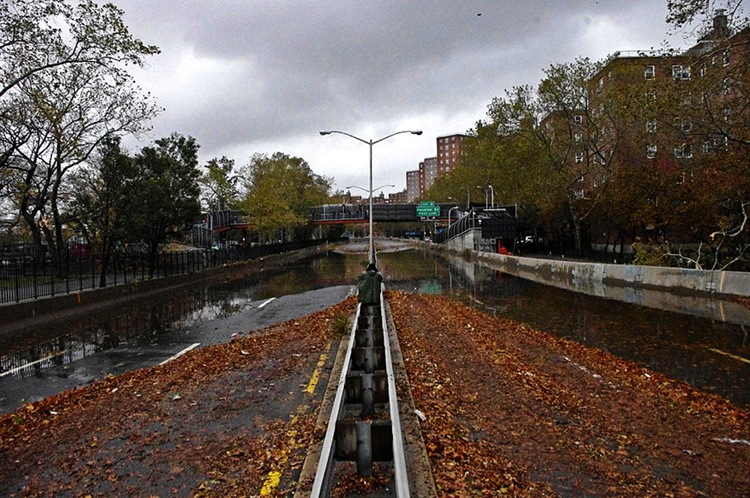 New York City street flooding caused by Hurricane Sandy. Sea level rise has increased the damage caused by storm surge and tsunamis in many parts of the world.
Credit: By David Shankbone (Own work)

At this point in the course, you should have a pretty good understanding of ways in which sea level rise can impact human communities and ways in which communities have been responding up to this time. In Module 13 we will examine how communities can prepare for a future of higher sea levels through careful planning We will also look at case studies to see how well the planning is going.

In Module 4 we discussed the current trend of increasing sea levels, and the projections for the future (look back at Recent Sea Level and Rise and Anthropmorpic Impacts). These projections point to global average increases in sea level of around 1 – 1.5 meters (3-5 ft) by the year 2100 or 80 years from now.

For many people, projecting 80 years ahead is hard to visualize and because they view it as beyond their lifetime experience, they find it hard to engage. The year 2050 is only 30 years away – a typical mortgage lifetime. Many coastal cities will see around 1 ft in increased sea levels by 2050 and, worldwide, millions of people will have to relocate due to persistent or repeated flooding, and related economic reasons. What impacts will this have in the next 30 years? What can we do to prepare for these sea level increases?

In Lab 1A (Module 1), you used a mapping tool to investigate projected chronic flooding impacts to coastal communities at different time frames, and the economic effects, particularly related to real estate, this may have on these communities. Additionally, in Module 4 Lab you used the NOAA Sea Level Rise Viewer to assess projected sea level rise impacts on Boston, MA, San Francisco, CA, and Grand Isle, LA. You have also considered many strategies – both structural and non-structural - for protecting coastal communities from the inevitable flooding that is and will be common-place as time progresses.

As you work through this module, keep in mind the following large-scale questions: If 30 million people must migrate away from coastal zones around the world by 2055, where will everyone go and how will displaced people make a living? What social consequences are associated with large-scale migrations? How will these issues be addressed?

In the nearer term, we need to consider more tangible questions regarding adaptation to sea level rise on coastal communities, such as:

John Englander’s 2013 book High Tide on Main Street: Rising Sea Level and the Coming Coastal Crisis addressed several important points regarding planning for sea level rise in coastal communities around the world. He stresses the importance of long-term thinking and the fact that people find it difficult to plan far into the future. He mentions that those reluctant to embrace the science of climate change often take issue with the uncertainty of future sea level projections. He makes the point that uncertainty should not prevent planning, because investors deal with uncertainty all the time. Importantly, he also points out that planning for 30 years is more manageable than 100 years but policymakers need to also consider and base policy on what things will look like in 80 or 100 years to know where we are heading. Englander posits several “intelligent adaptation” strategies, including acting with a long-term perspective; expecting and accepting a range of projections and uncertainty; considering geology; recognizing that federal bailouts are not sustainable; and anticipating property devaluation.

These strategies are proving challenging to implement. Some coastal communities are leading the way in sea level rise adaptation planning and can serve as models for other communities to follow. We will look at some of these exemplary models and consider how efforts made today will benefit these communities in the future. 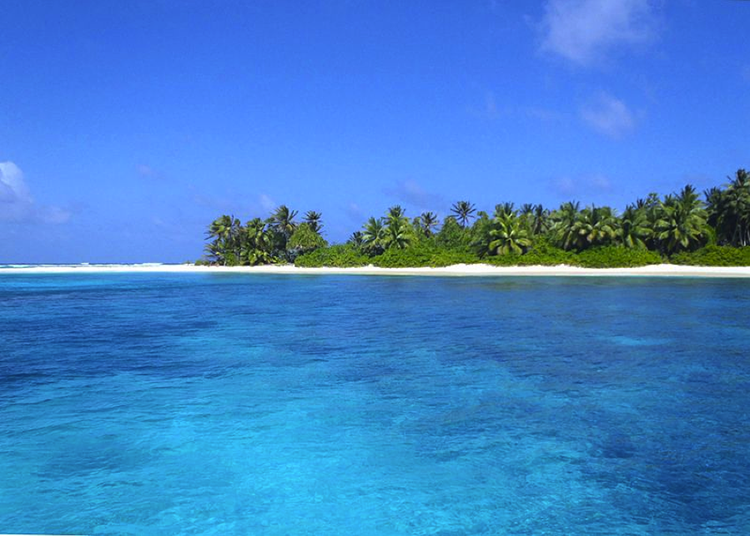