The 2005 hurricane season, in which Hurricanes Katrina and Rita devastated much of the northern Gulf coasts of Louisiana, Mississippi, Alabama, and parts of Florida, went down in history as the most destructive and expensive hurricane season in US history. After a 12-year period of relative calm, punctuated by Hurricanes Sandy (NY/NJ), Ike (Texas), and Gustav and Isaac (Louisiana), along came the 2017 hurricane season, in which Harvey, Irma, Maria, and Nate devastated many Caribbean islands, the coasts of Florida and Texas, and damaged other areas along the Gulf coast. The combined effects of the 2017 storms dwarfed even the 2005 storms, which at the time seemed like an unbelievable nightmare to those affected. And then came the monster Dorian in 2019 which dwarfed them all!

These catastrophic storms leave indelible marks on the communities they impact. People measure time relative to the storm – hence the common pre-Katrina and Post-Katrina references in New Orleans. They shape the way people live, build their homes, schools, businesses, and infrastructure.

Although Katrina is now more than a decade ago, it is still considered a landmark event that re-shaped the way our society thinks about natural disasters. Since Katrina have come Hurricanes Sandy, Isaac, Irma, Maria, Harvey, and many other catastrophes in the U.S. and around the world. Each of these disasters has provided lessons in resilience. Repeated disaster has an effect of putting stress on the resources designed to help communities recover.

These catastrophes have also shaped policies that are informed by these experiences. However, these policies are not perfect. Millions of people are still living in harm’s way, and local memories fade with time. Gradually, the wisdom gained gives way to reckless building practices, among other things. Billions of dollars are spent on protective engineering structures to protect the most valuable infrastructure and population centers. But some communities inevitably remain unprotected.

In Module 6 we will look at these events from the perspective of the communities affected; looking at case studies provided by New Orleans and the Gulf Coast, New York and New Jersey, Miami, Houston, Puerto Rico, and other Caribbean islands. We will ask – are we learning to live with increasing storm impacts by building more resilient cities? Or are we repeating old mistakes again and again? We hope, in this module, you will learn about the science of coastal catastrophes, but also gain an appreciation for how hazards like hurricanes and tsunamis have the capacity to do so much damage and take so many lives. Likewise, we hope that you will be able to, throughout the remaining modules, understand the societal consequences and some possible ways forward that reduce our risk and improve our resiliency to coastal hazards. 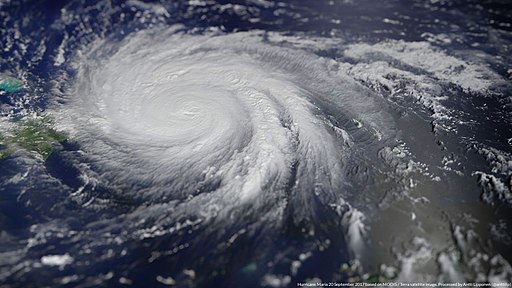