Three Gorges: A “Mega-Dam” and Its Impacts

Three Gorges: A “Mega-Dam” and Its Impacts

The Yangtze River is the longest river in Asia and is the world’s 3rd longest (only the Nile and Amazon are longer). It flows for ~6300 km from its headwaters on the Tibetan Plateau to its delta at Shanghai, where it discharges to the East China Sea. The Yangtze watershed encompasses approximately 1/5 of China’s land area. The river serves the water demand of millions of people and the delta alone supports almost 20% of China’s GDP. However, the Yangtze is also notorious for its frequent and devastating floods. Floods in the twentieth century alone led to the loss of an estimated 300,000 lives, including 145,000 drowning deaths in a 1931 flood, and 30,000 deaths in 1954 from flooding and diseases that followed. In addition to loss of life, these floods inundated hundreds of thousands of acres of productive farmland and caused billions of dollars of damage.

To protect over 15 million people in Shanghai and the lower Yangtze floodplains, and control flooding of almost 15,000 square km of land, construction of the Three Gorges Dam began in 1994. The dam, constructed at a cost of between ~$28-60 billion dollars (exact cost is not known because the project has been funded by a combination of government subsidy and private investment), is nearly 200 m high, spans more than 2 km across the river, and was engineered to withstand a magnitude 6.0 earthquake (Figure 11). The long, narrow Three Gorges Reservoir extends ~600 km upstream and has a capacity of almost 40 billion m3 of water (equivalent to about 32 million acre-feet) (Figure 12). At the time of construction, the dam was the largest hydroelectric power plant on Earth, with a generating capacity of over 20,000 megawatts - more than 20 times that of Hoover Dam, equivalent to 18 nuclear power plants, and enough to supply almost 10% of China’s power demand. According to the Chinese government, if this amount of electricity were generated using coal-fired power plants instead, 100 million tons of additional carbon dioxide would be released into the atmosphere. The dam also increases the navigability of the Yangtze, allowing large freighters to transport goods far into China’s interior.

Despite the obvious benefits of the dam for the economy and generation of renewable energy, the Three Gorges Dam has been mired in controversy since its inception. Concerns about the dam include an array of environmental impacts, the forced relocation of over a million residents, initiation of large landslides and earthquakes by the rising reservoir, and flooding of important historic and cultural sites in the gorge upstream of the dam. The chief environmental issues center on impacts to river ecology and already threatened species increased chances for waterborne diseases, and water quality degradation associated with the slowed flow of the river in the backwaters of the dam, in tributaries, and in downstream regions. Indeed, in the wake of pollution concerns, during construction, an additional $4.8 billion was budgeted for new treatment plants and garbage disposal sites along the river’s upstream reaches. 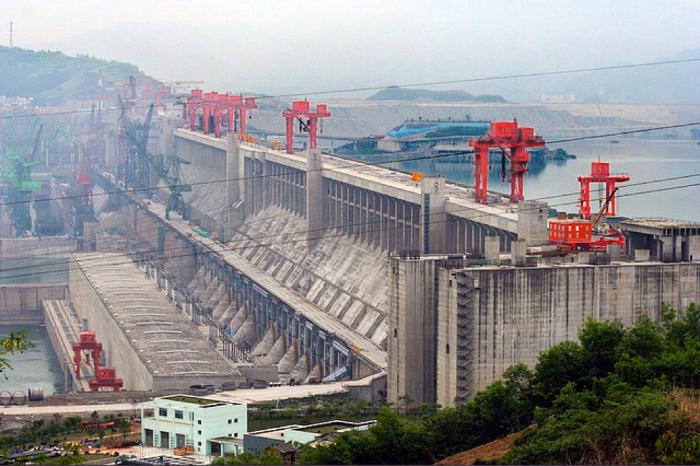 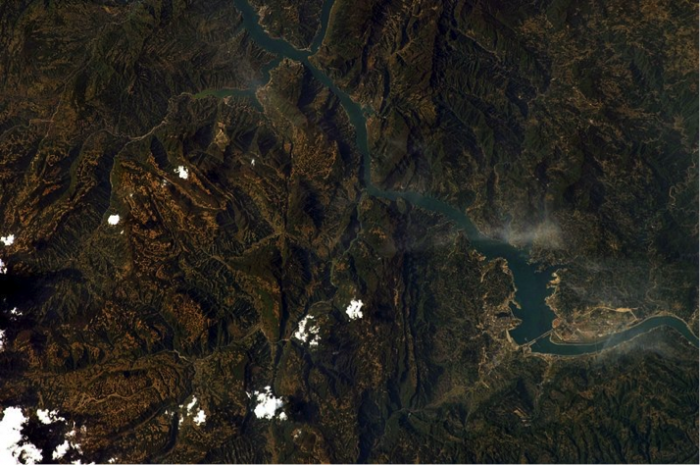 Figure 12. Image of the Three Gorges Reservoir, taken by astronauts on the International Space Station on April 15, 2009, when the reservoir was filled to near its capacity (maximum water level was reached for the first time in October of 2010)
Source: NASA
‹ Politics and Control of Flow Across Borders up Bringing Down the Dams ›
Earth 111: Water: Science and Society