The Rio Grande River flows along the U.S. (Texas)-Mexico border for nearly 1,248 miles (2,008 km) including meanders. Although snowmelt from the San Juan Mountains of Colorado (Fig. 7) is a major source of water for the Rio Grande, runoff from northern Mexico also contributes to its flow. As in all arid to semiarid regions, the waters of the Rio Grande River are highly sought after and overallocated. And, as in the case of the Colorado River, the water division between the U.S. and Mexico is regulated by Treaty (see below).

Rio Grande River water is in demand because of the intense agriculture in New Mexico-Texas (Fig. 8) as well as in northern Mexico. This water supply deficit has been exacerbated by prolonged drought in the southwest. Figure 9 is a long-term record of flow of the Rio Grande River (at Otowi Bridge) reconstructed by tree ring records calibrated to more modern flows (see TreeFlow). Note the frequent cycles of surfeit and drought, and the most recent steadily decreasing flow trend beginning about 1990. 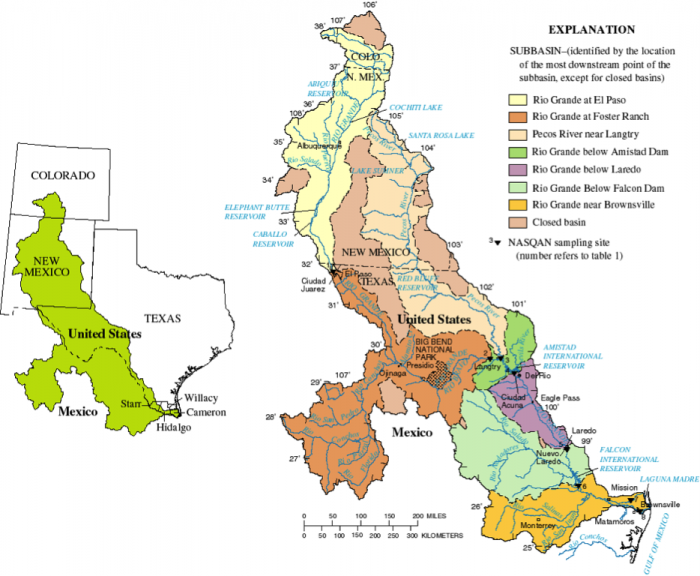 Figure 7. The drainage basin of the Rio Grande River. The Rio Grande River begins in the San Juan Mountains of Colorado, flows through New Mexico and along the Texas/Mexico Border to the Gulf of Mexico.
Source: USGS 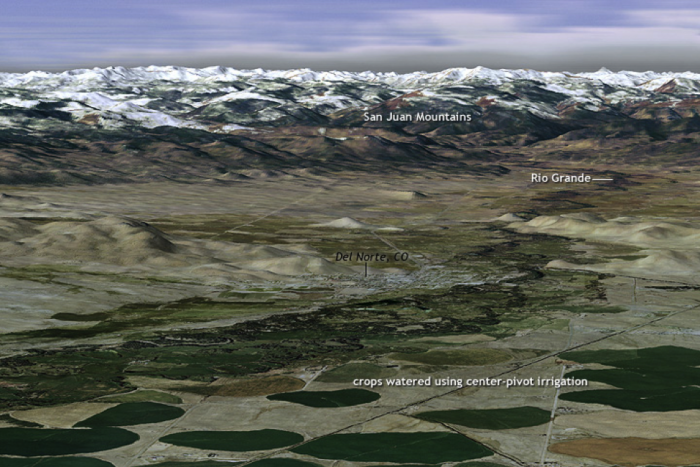 Figure 8. Perspective view of the Rio Grande River source terrane in the U.S. and the agricultural irrigation in Colorado/New Mexico.
Source: USGS

About 75% of water withdrawals from the Rio Grande River are in support of agriculture. Population growth has also been a factor, particularly in Mexico, where the population has nearly doubled since 2005, and nearly 6 million people depend on the Rio Grande River and related groundwater basins for drinking water. The U.S.-Mexico Treaty of 1848 established the international boundary, modified slightly by later "Conventions." The Treaty of 1944 between the two countries partitioned water from the Rio Grande River along the Texas-Mexico Border (as well as stipulating Colorado River flows to Mexico, see above), modified slightly by a 1970 Treaty, and authorized both countries to construct, operate, and maintain dams on the main channel of the Rio Grande. The International Boundary and Water Commission (IBWC) was assigned the task of dealing with water quality issues along the international border.

According to the Treaty of 1944, the U.S. is entitled to about one-third of the flow of the Rio Conchos from Mexico, which amounts to about 350,000 acre-ft/y on average. By the Treaty, Mexico is obligated to release 1.5 million acre-ft over a five-year period. During times of drought, it is difficult to meet the annual expectation, and, typically, Mexico releases more water in good rainfall-runoff years and conserves during drought periods, although at one point Mexico did not meet their obligation for nearly ten years. This pattern makes it difficult for agriculture in southwest Texas because water resources cannot be adequately predicted, and, in 2013, a controversy erupted between Texas and Mexico because of long-term drought that peaked in 2011 (Texas Observer: On the Border, a Struggle over Water) --another example of the difficulties of sharing even major rivers.