"Nothing is less predictable than the development of an active scientific field." -- Charles F. Richter(BrainyQuote.com, 2009) 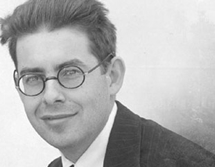 Charles Francis Richter was born in 1900 in the small farming community of Hamilton, Ohio. His parents were divorced and Richter was sent to live with his grandfather who moved the family to Los Angeles, California when he was only nine (Enotes.com, 2011).

Richter had great schooling growing up. His grandfather sent him to a preparatory high school associated with the University of Southern California. He earned his degree in physics in 1920 from Stanford University before earning his Ph.D. in theoretical physics from the California Institute of Technology (Cal Tech) in 1928 (Enotes.com, 2011). It was there that he became interested in seismology (the study of earthquakes and the waves they produce).

After graduation from Cal Tech, he was offered a job managing the Seismology Laboratory in Pasadena, California. There he worked closely with Beno Gutenberg. The twosome was studying earthquakes to establish a way to measure and compare them. Their finished product was published in the 1930s, called the Richter scale.

Richter spent most of his life working at Cal Tech. He became a professor of seismology in 1952. He continued researching and teaching simultaneously. He retired in 1970. On September 30, 1985 Charles Richter died of congestive heart failure at the age of 85 (Enotes.com, 2011).

Before Richter’s work on earthquake magnitude, the only way to rate an earthquake was to use the Mercalli scale established in 1902. The Mercalli scale classified earthquakes from 1 to 12 depending on the amount of damage that occurred to people and buildings. This scale was subjective to how well constructed buildings had been and how prepared a population was for a natural disaster. Less populated areas had a hard time rating earthquakes (USGS.com, 2009).

Richter’s scale was instead an absolute measure of an earthquake’s intensity. It is not a physical scale, but rather a mathematical calculation. During an earthquake, he would use a seismograph to record actual earth movement. In order to calculate this, Richter had to take into account the distance from the epicenter of the earthquake (the point on the surface of the Earth directly above the earthquakes starting focus). He ranked the scale from 1 to 10 and called them magnitudes. An earthquake with a magnitude of 5 would be ten times stronger than a magnitude 4 earthquake. "The magnitude value was proportional to the logarithm of the amplitude of the strongest wave during an earthquake" (Matter Project, 1999). His scale was published in 1935 and was quickly adopted by scientists worldwide.

To take a closer look at the damages that occcur with each increasing magnitude on the Richter scale and the number of earthquakes that happen at each magnitude yearly, visit http://www.matter.org.uk/schools/Content/Seismology/richterscale.html (Matter Project, 1999).

In the late 1930’s Richter and Gutenberg monitored seismic activity across the globe. They paid particular attention to deep earthquakes, ones whose focus was more than 185 miles below the ground. They noticed that these deep earthquakes all ranked high on the Richter scale, an 8 or greater. They worked on locating the epicenters of all major earthquakes and classifying them geographically (Enotes.com, 2011). Using this deep focus earthquake data, other scientists concluded that these earthquakes are localized within slabs of lithosphere that are sinking into Earth’s mantle. Decades later, this may have helped to prove Hess’s idea of seafloor spreading and subduction zones.

Richter became involved in earthquake engineering by promoting good earthquake building codes and proper training for people who live in earthquake zones. He opposed building anything higher than thirty stories and wanted buildings to remove any extraneous enhancements that could be potentially dangerous (Enotes.com, 2011). He was credited with saving many lives.

Richter also helped establish the Southern California Seismic Array, a network of instruments used to not only track the intensity and origin of earthquakes, but also map their frequency.

Richter and Gutenberg published a book in 1941 called Seismicity of the Earth. It became the standard reference for the field (USGS.com, 2009).

In the 1960’s, Richter had a seismograph installed in his living room so that he could monitor earthquakes all the time (Enotes.com, 2011).

Richter loved speaking to the press about his work. He would answer questions at all hours of the night and even kept Cal Tech’s lab phone on his lap in case anyone inquiring information would call (Enotes.com, 2011).

Richter was so dedicated to seismology that he learned how to speak Russian, Italian, French, Spanish, German, and Japanese in order to study and read scientific papers from other countries (Enotes.com, 2011).

He was a man who enjoyed other hobbies as well: classical music, hiking, and watching Star Trek (Enotes.com, 2011).

Richter chose the word “magnitude” for his scale because he was fascinated with astronomy. In astronomy, a star’s magnitude is how bright it appears to us on Earth (USGS.com, 2009).

Richter enjoyed traveling to nudist colonies with his wife (Enotes.com, 2011). 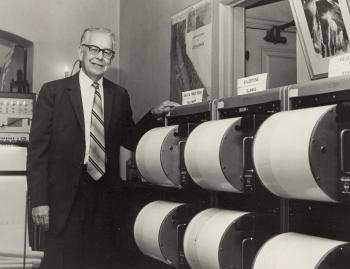