The FBI geologists in "Death of Agent" were able to prove that Camarena did not die at the Bravo family ranch because the soil on his body was not at all like the soil at the Bravo ranch. Both soils derived from the weathered products of volcanoes, but the volcanoes couldn't have been the same because the mineralogy was different. The soil from the Bravo ranch was described as containing a lot of obsidian (see image below). Obsidian is a volcanic glass. The obsidian from the Bravo ranch was "globular" meaning that it was probably eroded and rounded by water. 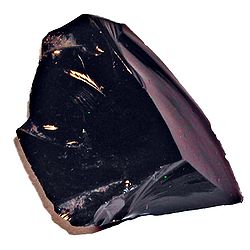 In contrast, the soil on Camarena's body was rhyolite (see image below). It is described as an ash that probably cooled as it flew through the air from an explosive eruption. This process creates small particle sizes and highly vesiculated (full of air bubbles) grains. 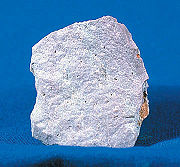 If the soil on Camarena's body had been just a run-of-the-mill rhyolite, his original burial spot would have been impossible to locate. Handily, there were a few diagnostic minerals that were part of the assemblage, and luckily these minerals had been studied and the results published by earlier field geologists. The other minerals found on Camarena’s body were cristobalite (clear and “opalized”), bixbyite, and rose quartz.

Cristobalite is a high-temperature polymorph of quartz often found in volcanic deposits. Remember from earlier in this lesson that polymorphs have the same chemical formula but different lattice structures. Below is a phase diagram of silica showing the different pressure and temperature regimes that produce its different polymorphs. 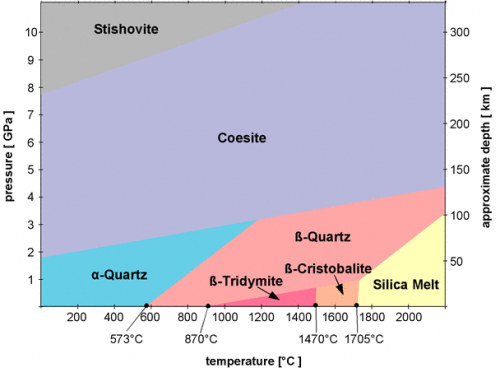 Phase diagram of silica, SiO2. The x axis shows temperature and the y axis shows pressure on the left, and the depth in the Earth where this pressure is encountered on the right. The color regions show the stability field for the formation of each of the silica polymorphs. The high-pressure polymorphs stishovite and coesite are often found at impact crater sites, and the high-temperature polymorph cristobalite is found in volcanic deposits.
Figure from http://www.quartzpage.de/cr/silica_phase_diagram.png 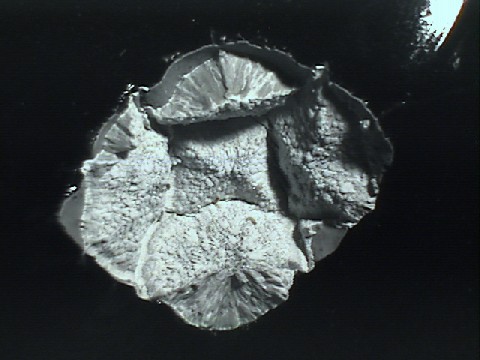 Photomicrograph of cristobalite.
Figure from http://www.galleries.com/Minerals/Silicate/CRISTOBA/cristoba.jpg

Rose quartz also has the chemical formula SiO2. This is the same formula as regular quartz and cristobalite. So why do they look different? Pure quartz is colorless. However, quartz often contains impurities. In the case of rose quartz, the impurities are titanium and iron. The impurities are at the parts-per-million or parts-per-billion level, so they do not get written in the chemical formula, even though their presence completely changes the look of the mineral! 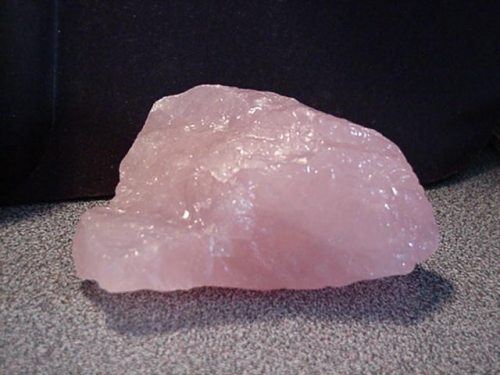 Bixbyite is manganese iron oxide (Mn,Fe)2O3. It is not such a common mineral, but when it is found, it is usually found in rhyolite deposits. 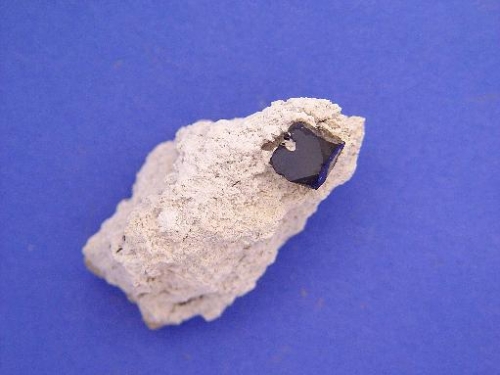 We know from this case study where the original burial spot of Enrique Camarena was located because of the unique mineral assemblage of the soil adhering to his body. What do we know about this soil? It was rhyolite. This rhyolite has several characteristics that helped the FBI geologists narrow down its provenance. The crystals were tiny and full of air bubbles, which meant that they probably came from a volcano that had erupted explosively because the small crystals would have cooled as they flew through the air. This knowledge led them to look at the region near the subduction zone west of Guadalajara where all those collapsed calderas indicated past explosive eruptions. They knew they needed to look in a mountainous region because the grains were still sharp and comparatively unweathered. They also knew they needed to find a rhyolite that contained some interesting minor minerals in specific percentages: cristobalite, rose quartz, and bixbyite.