In the absence of any transmission congestion, every generator clearing the market would get paid the SMP. This is why low cost generators, which we call "inframarginal suppliers," can be very profitable under the uniform price auction. You might also have noticed that the marginal generator earns no profit under the uniform price auction. We'll come back to this point later in the course.

The formal definition is that the Locational Marginal Price (LMP) at some node k in the network is the marginal cost to the RTO of delivering an additional unit of energy to node k.

Relatedly, we sometimes define the "transmission price" or "congestion cost" between two nodes j and k in the network as the difference in LMPs between the two nodes.

Here are a few facts about Locational Marginal Prices:

While we will demonstrate LMP on small networks, real power grids are very large. PJM, for example, calculates LMPs on over 40,000 different locations every five minutes.

LMPs can be highly variable across different parts of an RTO territory and can be very volatile depending on system conditions. The figure below shows a heat map of LMPs in the PJM system on a warm, but not terribly hot, summer day. The areas in blue (in the western part of the PJM territory) have very low LMPs, indicating that there is a lot of low-cost generation capacity in those regions to meet demand. The areas in yellow and red exhibit higher LMPs, while the area around Washington, DC has the highest LMPs (in white). Why does this happen? The answer is that there are transmission constraints in the PJM network that limit the amount of low-cost generation in places like Ohio that can be used to meet high electricity demand in places like Washington, DC. There is plenty of generation but not enough transmission to move the power around. So to meet electricity demand in Washington, DC, PJM must use higher-cost generators that are located closer to Washington, DC. 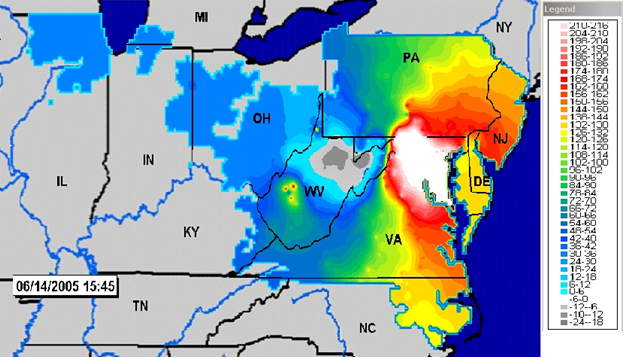 Figure 8.4: Heat map of LMPs in the PJM system.
Source: PJM
‹ 8.1 The Energy Markets and Uniform Price Auction up 8.3 LMP on a Two Node Network ›
EBF 483: Introduction to Electricity Markets