Another alternative to fixing the problems of rate of return regulation is to remove regulation altogether, either by eliminating it or restructuring the regulated industry to the point where regulation is redundant. This is the path that a number of US states and several foreign countries have taken.

A nice and concise summary of electricity reforms in other countries is provided in the article "How the Free Market Rocked the Grid," from IEEE Spectrum. We'll come back to this article later in the course, but the "infographic" about halfway into the article describes some of the global experience with electric utility reform.

Both of the terms “deregulation” and “restructuring” are sometimes used interchangeably to describe the changes in the electric power industry starting in the 1990s. While the terms are not interchangeable, both in fact are correct. The generation segment of the electricity supply chain has been progressively deregulated, with power plants competing with one another in many areas of the U.S. to provide service to a regional grid operator. The electric transmission has largely been restructured, not deregulated, with transmission regulation shifting from a local to regional scale, and from state to federal authorities. Electric distribution has, with few exceptions, retained the same regulated structure that it has always had. This “last mile” of wires service is provided by a public utility that is granted a local monopoly in exchange for the rate of return regulation by the state. In states that have undertaken deregulation and/or restructuring, the “electric utility” is in many cases just a distribution company.

Please read the first two sections from Blumsack, “Measuring the Costs and Benefits of Regional Electric Grid Integration,” which describes in more detail the process of deregulation/restructuring and some of the important federal policy initiatives that have pushed the industry towards its new state. It is important to realize that some aspects of restructuring have essentially arisen from federal initiatives and some from state initiatives. The most important aspects of electricity restructuring are: 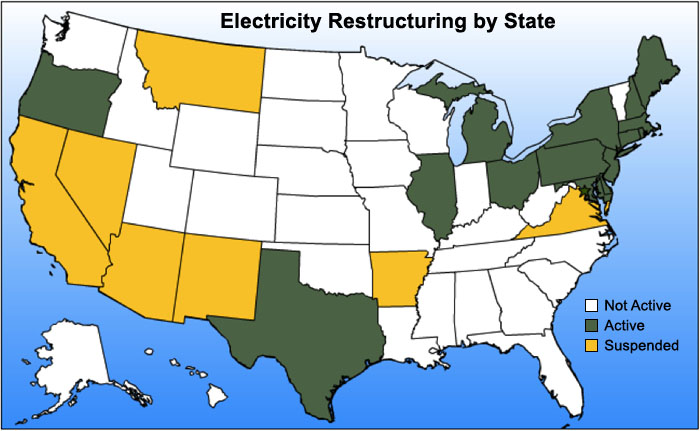 Figure 6.3: Electricity Restructuring by State. Status of retail competition for generation service in the U.S.
Credit: Energy Information Administration
‹ 6.3 How Should Problems with Regulation Be Fixed? up 6.5 Summary and Final Tasks ›
EBF 483: Introduction to Electricity Markets