9.2.2 The Structure of Capacity Auctions

9.2.2 The Structure of Capacity Auctions

The demand curve is constructed in three steps.

First, the RTO determines the installed capacity requirement, which is the amount of capacity needed to meet demand plus the capacity reserve margin. 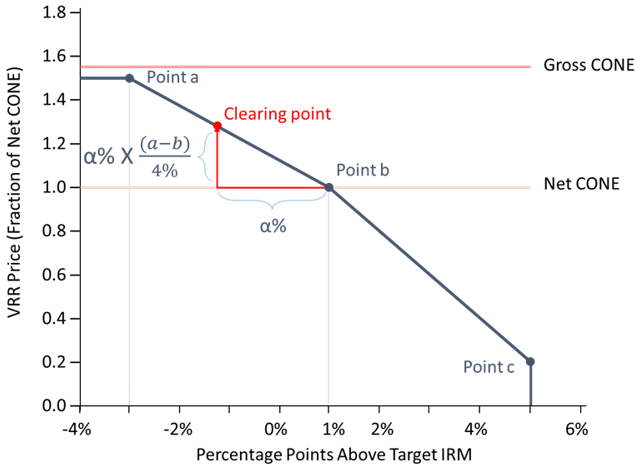 The shape of the demand curve is determined by the following parameters:

‹ 9.2.1 The Rationale for Capacity Payments up 9.3 Summary and Final Tasks ›
EBF 483: Introduction to Electricity Markets