The Lecture for The Prize Chapter 5: The Dragon Slain: The Breakup of the Standard Oil Trust

The Prize Chapter 5: The Dragon Slain: The Breakup of the Standard Oil Trust

The Legal Assaults on and the Evasive Maneuvers of Standard Oil

The Old House was under assault from commercial competitors in the U.S. and abroad as well as from the public and the government. The public viewed it as a mysterious entity with arrogant directors who were accountable to no one. The public opinion continued to mount against Standard and the dislike led to legal assaults that would change the company forever. Also, the American economy had shifted from a decentralized and competitive economy of many small firms into one dominated by industrial "trusts," and Americans looked to government to restore competition, control the abuses, and tame the economic and political powers of the "trusts." Ohio and Texas were the first states to launch minor legal assaults with anti-monopoly lawsuits. At least seven other states and the territory of Oklahoma also did. Standard fought back by hiring the best legal talent, buying influence with political contributions, and even putting a senator on their legal team for a fee of $44,500. The Ohio court decision in 1892 was for the trust to be dissolved and shares transferred throughout twenty companies. Although control remained with the same owners, the companies were grouped together as the "Standard Oil Interests" instead of trust. Standard was by no means politically helpless. This dissolution did however keep Standard from motioning "official" control of the company. The state of NJ broke away from the traditional business law and revised its laws to allow the establishment of holding companies (corporations that could own stock in other corporations). As a result, in 1899, owners of Standard Oil Interests formed Standard Oil of New Jersey as the holding company of the entire operation. Standard Oil of New Jersey held stocks in 41 other companies. These evasive tactics allowed Standard to maintain its power despite the legal assault. 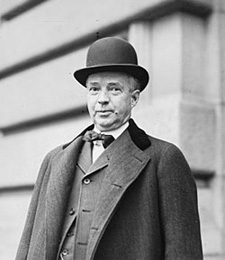 John D. Rockefeller began to plan for retirement. Although he was in his mid-50s, the constant strain of the business and all the attacks had taken a big toll on his health. He suffered from alopecia and was on the verge of a nervous breakdown. He was so paranoid he even kept a revolver by his bed at night. By 1897, and less than 60 years of age, he unofficially retired and turned the leadership to John D. Archbold. Rockefeller regained his health after stepping down, and his doctor even observed that he could live to 100 because of three simple rules he always followed: avoided worry, got plenty of exercise in the open air (playing golf), and got up from the dining table a little hungry. He committed himself to his estates, philanthropy, golf, church, and the management of his increasing wealth. Rockefeller was the largest stockholder of SO and retained the title of president even after retiring, which was a mistake from the public relation viewpoint. Top Standard executives saw the legal assaults coming, and they said if they were going to be put in jail, Rockefeller, as President, was coming with them! Attacks on Standard Oil continued to gain force, as, because of his title, people did not believe he had retired.

His successor, John D. Archbold, was known as an oil enthusiast and had worked his way up the corporate ladder starting as a shipping clerk. One day in 1871, when Rockefeller was signing his name in the register of a hotel in Titusville, at a time when oil prices were low, he noticed someone who had confidently signed his name "John D. Archbold, $4 a barrel" above his name. That certainly caught Rockefeller's attention. Archbold became secretary of the Titusville Oil Exchange and emerged as one of the leaders who, in a scathing attack, denounced Rockefeller during the South Improvement Company period and the Oil War of 1872. His tenacity impressed Rockefeller, and he was offered a position at Standard in 1875 which he swiftly accepted. He rose quickly to the top of Standard Oil.

Progressivism, Ida Tarbell's Project and the Mother of Trusts

Towards the end of the 19th century, a drive for reform known as Progressivism emerged. Its main aims were to seek political reform, consumer protection, social justice, better working conditions, and control regulation of big business. The nation's first trust, the Standard Oil Trust, was formed in 1882. By 1898, 82 trusts with a total capitalization of $1.2 billion had been formed, and an additional 234 trusts worth more than $6 billion were formed between 1898 and 1904. Trusts were the most important issue of the 1900 Presidential campaign. Journalists/writers of magazines such as McClure's Magazine who set the progressive agenda became known as Muckrakers and were at the center of the progressive movement. The managing editor of McClure's Magazine, Ida Minerva Tarbell, set out to investigate and write a narrative history on the Mother of Trusts, Standard Oil, in an attempt to expose the activities of the mysterious company. 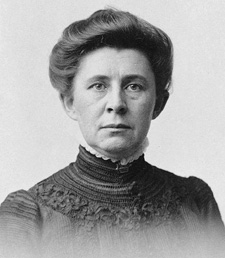 Ida Minerva Tarbell was America's first great journalist. She was a tall woman, about 6 feet, and a graduate of Allegheny College. She never married but was a celebrant of family life and an opponent of women's suffrage. She grew up in the oil region and was an indefatigable and exhaustive researcher who wrote a biography of Madame Roland, leader of the French Revolution. Her father was a tank maker who aligned himself with the independents in the Oil War in 1872 against the South Improvement Company. She remembered the pain and financial troubles her father and others who did not agree with SO had to endure. All Ida needed to topple Standard Oil was a way into the loop, and she got this from H.H. Rogers, a senior director of the company. Her investigation would cover almost all parts of Standard Oil. Ida met H.H. Rogers through Mark Twain, who was friends with both Rogers and McClure's. Their first meeting was in January 1902, and she subsequently met with Rogers over the next two years. Her work led to a series that began appearing in McClure's in November 1902 and proved to be a bombshell. Her articles became the talk of the nation, but Rogers, who had been very frank with her, continued to meet with her. The end, however, came when Tarbell revealed how Standard's intelligence operated. Rogers became furious and broke off their relationship. Altogether, Tarbell's series ran for 24 months and was published in Nov 1904 in book form as The History of Standard Oil Company. Ida Tarbell, whom Rockefeller referred to as "Miss Tar Barrel", followed up in 1905 with a final personal attack on Rockefeller.

Theodore Roosevelt embodied the progressive movement when he became president in 1901 after the assassination of William McKinley. He was the first to use the term "muckraker" for the progressive movement journalists. He distinguished between good and bad trusts and launched at least 45 anti-trust actions. Standard Oil was one of Roosevelt's most useful targets, and shortly after his election in 1904, his administration decided to investigate Standard Oil and the petroleum industry. He promised the "square deal" (a package of moderate domestic reforms concerning consumer protection, conservation of natural resources, and regulating trusts/corporations) to Americans and was known as The Trust buster! 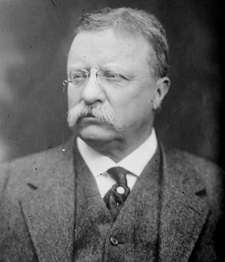 How the Dragon Was Finally Slain!

In November 1906, the Roosevelt administration subjected Standard Oil to a "good sweating" when it brought suit against the company under the Sherman Antitrust Act of 1890, for conspiring to restrain trade. The case:

The federal court in 1909 ruled for the government and ordered Standard Oil to be dissolved. Standard immediately appealed to the Supreme Court, and in May 1911, the Supreme Court justices upheld the Federal court ruling and gave Standard Oil six months to dissolve itself. Chief Justice White instituted a new principle, "that the judicial evaluation of restraint of trade under the Sherman Act should be based upon Rule of Reason." The justices, however, overturned a $29 million fine that the federal judge had levied against Standard Oil for violating the law by accepting rebates.

In late July 1911, Standard announced its plan for dissolution and divided into several different entities, here are some:

Thus, finally, public opinion and the political/legal system had forced competition in the petroleum industry (exploration and production, transportation, refining and marketing).

Among the values of decentralization were the increased operational flexibility and liberation of technological innovation. These technological advances led to improved efficiency in the oil industry. For example, the low yield of 15-18% gasoline from refining a barrel of crude caused supply problems as demand was outpacing supply. Prices were as high as a $1/gallon in Europe. The industry had to find a way to increase the amount of gasoline per unit of crude oil. Modern chemistry came up with a solution in the form of thermal cracking.

William Burton, a chemist working for Standard of Indiana (Amoco), explored mechanisms to increase gasoline output and discovered a thermal cracking-a process that involves putting a relatively low-value product simultaneously under high pressure and temperatures (650 degrees and above) to yield "synthetic gasoline". By so doing, he increased the yield of gasoline from 15-18% to 45%, and, for the first time, by 1910, gasoline sales exceeded kerosene. Cracked gasoline also had better antiknock value (higher octane number) than natural gasoline. By 1915, thermal cracking was used in almost all gasoline production through licensing which created a steady flow of royalties to Standard Oil of Indiana.

Finally, a year after the dissolution of Standard Oil, shares for the successor companies doubled, and, in the case of Indiana, tripled. The value of all the old SO stocks doubled, and Rockefeller's worth increased to $900 million, the equivalent of $9 billion today.