The Lecture for The Prize Chapter 6: The Oil Wars: The Rise of Royal Dutch, the Fall of Imperial Russia

The Prize Chapter 6: The Oil Wars: The Rise of Royal Dutch, the Fall of Imperial Russia

Threatened by Royal Dutch in the East & Standard Oil elsewhere, Shell needed its own production field and crude to protect its markets and investments. In addition, Shell’s contract with the Rothschilds’ Russian oil was to run out in October 1900, so the Samuels sent their nephew, Mark Abrahams, to Kutei on the east coast of Borneo to develop oil concessions. To help with his contract renewal negotiations with the Rothchilds, Marcus Samuel made it look like he was about to find alternative and significant oil supplies in Borneo. The stratagem worked as the Rothchilds renewed the contract on terms favorable to Shell. Samuel was eventually able to obtain rights to a concession in Borneo.

Marcus Samuel and his nephew, Mark Abrahams, were the exact opposite of John D. Rockefeller with respect to business organization and planning. Their ships arrived in Borneo at the wrong times, carrying the wrong equipment that ended up rusting on the shore and grass, and often without manifests of the cargo. The job and environment in Borneo were extremely difficult for the workforce who battled constantly with disease and fever, fast-growing weeds, fast rotting wood, and the “hot, steaming, rotting, destructive, tropical rain”. Oil was however eventually discovered in February 1897 with the first gusher in April 1898. The quality of the oil was poor, as the heavy Borneo oil yielded little kerosene. It could, however, be used directly as fuel. Interestingly, Samuel had long had the vision of using oil as a fuel. He cultivated this from his personal experience in Russia where, in the 1870s, coal importation from England became expensive due to transportation, and Russia began to use oil for ships on the Caspian Sea. Thereafter, fuel oil, supplied by Samuel’s syndicate through Vladivostok, was used in the Trans-Siberian Railway. Samuel tried to get the Royal Navy to switch to oil but met the greatest resistance to his vision. 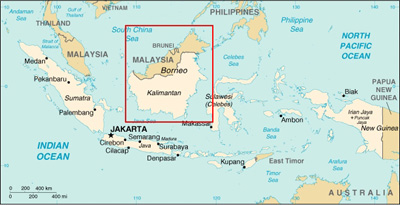 How Both Shell and Royal Dutch Became Vulnerable for Acquisition

Between 1898 and 1900, there was a growing world oil demand and tightening supplies that led to high oil prices. The Boer War in South Africa in 1899 further pushed prices higher. Prices however began to crumble in early 1900 as a result of the depression and famine in Russia that led to lower domestic demand and higher oil export that resulted in a glut on the world market. Several factors also combined around this time to make Shell very vulnerable. These included the Boxer Rebellion against foreigners in one of Shell’s important markets, China; the plummeting of oil prices and freight rates; and Borneo falling short of expectations from fires, explosions, technical malfunctions, and accidents that killed workers and interrupted operations. Shell rode the wave but was weakened and very vulnerable..

Royal Dutch’s Sumatra wells were also beginning to produce saltwater instead of oil, and Royal Dutch’s shares plummeted in 1898, making it very vulnerable for pick up. Both Standard Oil and Shell however missed this opportunity. Royal Dutch desperately needed new production fields and Hugo Loudon led an expedition to Perlak, Sumatra that included several professional geologists. Drilling started on December 22, 1899, and within six days they struck oil and Royal Dutch was back in business with substantial new supplies of high-quality oil. 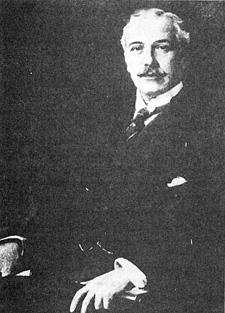 When Jean Baptiste Kessler of Royal Dutch had a heart attack and died in December 1900, Henri Deterding was installed at age 34 as the “interim manager.” Deterding was born in 1866 in Amsterdam and was offered a job with Royal Dutch by Kessler in 1895. He had Rockefeller’s knack for numbers and mastered accounting and finance in Amsterdam. He is known, according to the Prize, to have said; “You will go a long way in business if you train yourself to be able to appraise figures almost as rapidly and as shrewdly as a good judge of character can sum up his fellow man.” His working theory was always to reduce each problem to its simplest terms or essential elements, and his primary interest with Royal Dutch was to make money. Unlike Rockefeller, he did not use price-cutting as a competitive tool and preferred to work out price-setting arrangements. His aim was to bring Royal Dutch to the level of, and insulate it from, its competitors. A simple idea dominated his mind: amalgamation or unity. To him, “Unity gives power,” and he saw it as the only way to protect Royal Dutch from its competitors such as Standard Oil.

Amalgamation of Royal Dutch and Shell and the March to America

Shell and Royal Dutch, together, controlled over half of the Russian and Far Eastern oil exports, and they began talks to combine. With Deterding and Samuel each being a man of great talent and big ego, it was necessary for them to have a middleman, Fred Lane, in their negotiations. They couldn’t come to an agreement, and matters got even more complicated when Samuel visited Standard Oil in October 1901. The negotiations eventually led to a series of joint ventures (consolidated marketing companies) with Samuel as the chairman and Deterding as the manager and chief executive: The Shell Transport Royal Dutch Petroleum Company (December 1901) soon called British Dutch later became Asiatic (June 1902 that included British Dutch & Rothschilds). The British Dutch and later Asiatic represented the first major steps towards achieving the ambition of Deterding: amalgamation. The first board meeting of Asiatic occurred in July 1903 with Marcus Samuel as the chairman. Shell’s position weakened and deteriorated as a result of several strategic mistakes of Samuel: he became Lord Mayor of London; got involved in the Spindletop fiasco; and the failure to secure the Royal Navy contract to convert from coal to fuel oil. These caused Shell to be weaker relative to Royal Dutch.

In 1907, Royal Dutch and Shell decided on an outright amalgamation on Deterding’s terms: Royal Dutch (60% of stocks) and Shell (40%) with London as the financial and commercial center of the company, and the Hague as the technical center. The three key people who ran the company thereafter were: Deterding who focused on the business side; Hugo Loudon who focused on the technical side, and Robert Waley Cohen (from Shell) acted as Deterding’s deputy. Chairman Marcus Samuel focused on his ceremonial duties as Lord Mayor and grew wealthier and became an engaged philanthropist. (Marcus Samuel’s rise to prominence included becoming Justice of the Peace in Kent; Master of the Spectacle Makers’ Co. in London; and receiving a Knighthood and Lord Mayor of London.)

With the complete amalgamation of Royal Dutch and Shell in 1907, there were now only two oil giants: Standard Oil & Royal Dutch/Shell Group. Deterding knew Standard Oil could cut prices in Europe and make it up with higher prices in America, so his strategy was to expand into America to diminish Standard Oil’s market power. “To America” became the slogan of his policy. He went in two directions: first, westward directly into California and second, to the midwest to Tulsa, Oklahoma “the Oil Capital of the World” at that time. Events soon proved how wise his strategy was!

How the Russian Oilfields were Ruined by Turmoil

Although the Russian oil production had gone through a period of growth under Count Sergei Witte, the finance minister from 1892-1903, the Russian empire was in turmoil in the early 1900s. The first oil supply disruptions occurred from: the rampant strikes by the oil workers around Baku and Batum in 1901 and 1902; the Russo-Japanese War in 1904; the Russian Revolution of 1905; and conflicts between Moslem Tartars and Christian Armenians with Tartars attacking Baku and setting the oil fields on fire. The violent upheavals in Baku interrupted the flow of oil and ruined the Russian oil industry. By the end of 1905, the war between Russia and Japan was over and the Czar had agreed to a Parliament, the Duma. The model of revolutionary activism was developed during this period, and Lenin called the rebellion the great rehearsal, and Stalin emerged as an effective organizer of workers. Although the revolution was over, the oil industry in Russia remained in ruin, and Standard Oil quickly moved to regain Far East markets lost to Russian oil. The commercial impact of the revolution was the damage to the oil fields above and below the ground. Russia needed capital to repair the industry, but political instability created a risk premium for investors.