The Prize Chapter 7: "Beer and Skittles" in Persia

The Prize Chapter 7: "Beer and Skittles" in Persia

Antoine Kitabgi (Armenian or Georgian origin), who at one time was director general of the customs service in the Persian government, had a mission to sell European investors on Persia's oil potential. Before that, oil from seepages had been used for centuries for caulking boats and binding bricks in Persia. The Persian government desperately needed cash because of "The Shah's prodigality" and needed his help to raise money from oil concessions. He visited Paris and met William Knox D'Arcy who was described by Kitabgi as "a Capitalist of the Highest Order." D'Arcy was born in Devon, England in 1849, and had immigrated to Australia where he made his first fortune in gold mining. He was known as an investor, speculator, and deal maker. D'Arcy essentially became founder of the oil industry in the Middle East with his investment. 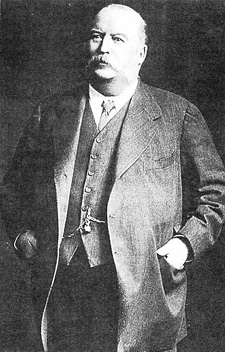 Persia (Iran from 1935) had a great history as the center of trade and conquest between East and West dating from the 5th Century BC with Alexander the Great advancing from the West and Genghis Khan & the Moguls from the East. At the end of the 18th century, a greedy dynasty of Qajar Shahs ruled with uneasy hold on various tribes. And in the 19th century, the Shahs played Russia and Britain against each other, as the two great powers sought for diplomatic and commercial dominance over Persia. The British saw the strategic position and importance of Persia as evidenced, according to the Prize, by the description of Persia as one of "the pieces on a chessboard upon which is being played out a game for domination of the world" by Lord Curzon, British Viceroy of India. On the other hand, Russian expansionism, beginning in the 1860s in Central Asia, was for control of its neighbor countries and the desire for a warm water port. The Russian expansionism posed a threat to Imperial Britain's rule of and the routes to India.

Shah Muzaffar al-Din signed on May 28th 1901 a concession with D'Arcy that provided the Shah 20,000 pounds cash, 20,000 pounds in shares, and 16% of annual net profits. The agreement was for 60 years and covered 3/4 of the country. D'Arcy deliberately excluded the five provinces closest to Russia from the agreement, to keep the Russians from knowing what was going on. D'Arcy's concession was important in helping to develop the Persian economy and also checking the Russian expansionism. When the Russians even decided to build a pipeline from Baku to the Persian Gulf, the British successfully argued against it in Tehran and St. Petersburg, and the pipeline was not built. 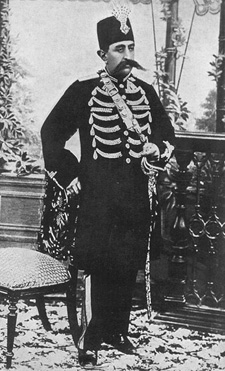 The Concession Syndicate as a forerunner to Anglo-Persian Oil Company

There was little to no transportation network in Persia at the time of initial oil exploration. Among the many challenges were difficult terrain and weather (workers' quarters could get to 120 degrees), hostile culture towards the outside world, lack of technical skills, and feuds between tribes, Shia and Sunnis, and the Shah and Mullahs. The British Foreign Office gave their support politically but not financially to the oil exploration. With the concession in hand, D'Arcy hired George Reynolds who had experience on oil drilling from Sumatra. Reynolds was variously known as an engineer, geologist, manager, diplomat, field representative, linguist, anthropologist, and "stern taskmaster." The first site drilled for oil was at Chiah Surkh, a plateau of the present day Iran-Iraq border. Drilling began towards the end of 1902, and it was not till October 1903, 11 months after drilling started, that there was the first sign of oil. By the end of 1903, D'Arcy was in debt by 177,000 pounds to the Lloyds Bank. Luckily, the second well drilled at Chiah Surkh ended up producing oil in January 1904. The entire venture had serious financial problems from high costs, and a lot more money was required to continue the work. D'Arcy applied to the British Admiralty for a loan and had Thomas Boverton Redwood, a trained chemist and known oil expert, lobby on his behalf as a consultant. The loan request was rejected. With worries about D'Arcy being forced to sell to foreign interests and Russian expansionism, the Admiralty developed a "Syndicate" of patriots including D'Arcy and Burmah Oil. The agreement establishing the Concession Syndicate in 1905 saved D'Arcy's venture with new capital from Burmah Oil.

Following the establishment of the Concession Syndicate and under the direction of George Reynolds, oil exploration shifted from Chiah Surkh to southwestern Persia in an area called Maidan-i-Naft at a specific spot called Masjid-i-Suleiman. The operation and working conditions at Masjid-i-Suleiman turned out to be extremely difficult. The difficulty was from illness (from contaminated drinking water), extortion (from local tribesmen), frustration (from mechanical failures), excessive heat, unforgiving winds, and constant disappointment. The lack of significant progress in the eyes of the investors or Burmah Oil management caused frequent tension between them and Reynolds, leading Reynolds to sarcastically tell the Burmah Oil managers one time that life in Persia was not "all beer and skittles." (Note that "skittles" are not candies but an old English bowling game played at the pub!)

In addition to the difficult working conditions and the financial issues, the Shah's government was also in a state of decay. There were constant family feuds and tribal tensions and the oil project faced an increasing tempo of harassment and threats from local tribes. The religious leaders, the Mullahs, also stirred a revolt in 1906 that led to the formation of a parliament or Majlis. [This is similar to the revolt that led to the overthrow of the Shah about 80 years later.]

Meanwhile, the defeat of Russia in the Russo-Japanese War and the Russian revolution of 1905, together with British fears of German entry into the Middle East, forced Russia and Britain to sign the 1907 Anglo-Russian convention that placed northern Persia under Russian influence and the Southeast under British and the middle a neutral zone. Interestingly, that middle neutral zone which had no roads was the new site for oil drilling that began in January 1908 after construction of a road. Burmah Oil was impatient and angry with the long delay in progress and sent Reynolds a letter on May 14, 1908 to drill down to 16,00 feet and if no oil was found to pack up and abandon the project. On the morning of May 26, 1908, however, Masjid-i-Suleiman turned out to be a gusher - nearly seven years after the Shah signed the concession. Burmah Oil's May 14 letter arrived three weeks later. Even after the oil discovery, the conflict between Burmah Oil and Reynolds continued, leading to Reynolds being fired unexpectedly in January 1911. Burmah Oil gave him 1,000 pounds as a token for his troubles, and stock in the company. His immense service to the British Empire and Persia was, however, never recognized.

Anglo-Persian Oil Company as a major but struggling oil company

The Concession Syndicate went public as Anglo-Persian Oil Company on April 19, 1909. D'Arcy was compensated for his expenses and came out very wealthy by receiving shares valued at 895,000 pounds (30 million pounds or 55 million dollars today!). His influence and very name in the oil industry faded with time, even before his death in 1917.

Anglo-Persian grew quickly into a major oil company with 2,500 employees by the end of 1910. A 138 mile pipeline was built within a year and half to a refinery constructed at Abadan. However, the clash of cultures and corporate and political authorities continued to be problematic in its operation. Arnold Wilson, consul in the region, illustrated the clash with his quote in the Prize, "I have spent a fortnight …. mediating between Englishmen who cannot always say what they mean and Persians who don't always mean what they say. The English idea of an agreement is a document in English which will stand attack by lawyers in a court of law: the Persian idea is a declaration of general intentions on both sides with a substantial sum in cash annually or in a lump sum." Other problems that plagued the company were poor workmanship especially of its refinery, poor quality of its products (its kerosene had a yellowish color and formed a film in lamps), and lack of access to markets. To ensure access to markets, however, Anglo-Persian made an agreement in October 1912 with Asiatic, the trading arm of Royal Dutch/Shell.

Unfortunately, by the end of 1912, Anglo-Persian had used up all its capital and was in serious financial trouble, and its very survival was once again in serious doubt. Earlier, Burmah Oil had come to the rescue; now a new savior was needed.