The Lecture for The Prize Chapter 13: The Flood

The Prize Chapter 13: The Flood

Columbus “Dad” Joiner was a wildcat promoter with only seven weeks of formal education who became the “daddy” of what happened in East Texas. He believed that there was a great amount of oil in East Texas and was convinced of this by Doc Lloyd, a self-educated, self-proclaimed geologist and a “trendologist.” Lloyd drew trend lines of the major oil fields in America that all fictitiously intersected in East Texas and told Joiner exactly where to drill for oil. Joiner used to write flowery letters to the recent widows from information in the obituaries not for their lonely hearts but for their investment/money. One of these ladies was Ms. Daisy Bradford in Rusk County who owned Millwood Farms where Joiner actually began drilling. In spite of all the discouragements from people and the lack of progress, the faith of Joiner and his few workers and supporters paid off when in September 1930, Daisy Bradford No 3 tested positive for oil. On October 3, 1930, the earth trembled and the field became a gusher with oil and water shooting high above the derricks. Six months after Daisy Bradford #3, the area produced 340,000 bpd with a new well being drilled almost by the hour.

The East Texas Reservoir, which became known as the Black Giant, was 45 miles long, 5-10 miles wide, and encompassed 140,000 acres altogether. The boom at East Texas made all the earlier booms in PA, Spindletop, Cushing, Greater Seminole and Oklahoma City, and Signal Hill (CA) look like “dress rehearsals”. The rising supply caused falling prices. Still, oil drilling continued, and by June 1931, about 1,000 wells had been completed and the area was producing 500,000 bpd. Joiner who had sold some leases several times over had become legally vulnerable and sold all his interests on November 27, 1930, to Haroldson Lafayette “Boy” Hunt for $1.33 million--$30,000 upfront and the rest to be paid out of production. Joiner used the money from Hunt wildcatting until his death at the age of 87. He never struck oil again and died virtually poor.

"Dad" Joiner (third from left) shakes the hand of Dr. A.D. Lloyd, his geologist, in front of the No. 3 Daisy Bradford, discovery well of the East Texas oil field. H.L. Hunt is third from right.
Credit: Columbus Joiner from Wikimedia Commons.

Overproduction, “hot oil” and their impact on prices

The flood of oil caused oil prices to fall nationwide. Prices fell and fell from $1.85/ bbl in Texas in 1926 to $0.15/bbl in 1931. There was, as expected, a continuous feud between the majors and independents on how to arrest the situation. In an attempt for order, the Texas state agency, Texas Railroad Commission created by Governor Jim Hogg in 1891 to control the railroads, was asked to regulate production to prevent “physical waste” and not to stop “economic waste.” In essence, the Commission, based on the influence of the independents, was forbidden to cut back or control production to bring output in line with demand. The Commission, however, tried to do exactly that by getting around this legislation. For, example, if prices fell too low, they would shut all stripper wells (i.e., wells producing only a few barrels per day - bpd) down under the pretext of “physical waste.” In Oklahoma, “Alfalfa Bill” Murray, the governor, declared a state of emergency in August 1931 and ordered the state militia to take control and close the major fields until prices came up to the rallying cry of a “$1 per barrel.” Around the same time, when East Texas production alone was around 1 million bpd with oil prices at $0.13 per barrel, the Texas governor also sent in several thousand National Guardsmen and Texas Rangers to shut down production.

The oil shutdown and issuing of “pro-rationing orders” which were constantly challenged in court forced prices up from the $0.13 per barrel to $0.98 per barrel by April 1932. After the pro-rationing orders were declared invalid by the courts, Texas passed a market pro-rationing law to deal with the “economic waste.” Unfortunately, the Commission set quotas too high and more oil was also illegally produced above the set quotas, and by spring 1933 the situation was as bad as or even worse than 1931. The excess oil that was illegally produced above the allowable quotas was referred to as “Hot Oil.” This was hidden during the day and smuggled out of Texas and Oklahoma across borders into other states at night and was one of the major reasons that prices kept falling. It soon became clear that State governments alone were not enough and that the federal government needed to step in and regulate the oil industry to have any meaningful solution to the problem of overproduction and falling prices.

State control not enough, requiring the Feds to step in for stability 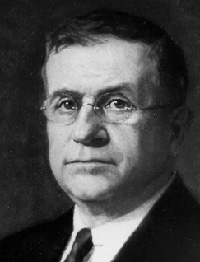 Harold Ickes (the reformer), who had been appointed by Franklin D. Roosevelt (FDR) as Secretary of Interior and charged with the responsibility to solve the problem, began an all-out campaign against the “hot oilers.” He was however haunted by the legacy of Teapot Dome in the Interior Department and proceeded cautiously. In 1933, the President was given explicit powers by Congress to ban and prevent “hot oil” from entering interstate commerce through the Oil Code - established under the National Industry Recovery Act (NIRA). The Oil Code gave Ickes extraordinary power to set monthly quotas and allowed states to pro-ration and set levels of production. Years earlier, such government action would have caused a rebellion in the oil industry, but now it was welcomed by most in the industry to get prices back up. The days of flush production and the rule of capture were virtually over with the pro-rationing. Still, there was some opposition that challenged the new law in court, and in January 1935, the Supreme Court overturned the subsection of the NIRA used to prohibit hot oil, and the court subsequently ruled much of the NIRA unconstitutional in June 1935.

The Connally Hot Oil Act (after its champion, Sen. Tom Connally) that had hurriedly been passed to keep hot oil out of interstate commerce when the subsection of the NIRA was overturned provided sufficient police powers to curtail hot oil. Although the voiding of NIRA stripped Ickes of much of his powers, it did not have much impact as the framework had been set, much consensus established, and the Connally Hot Oil Act had provided sufficient police powers to minimize the hot oil. Though states were not required to accept the Federal levels, there was Federal-State cooperation and most states acted on the federally suggested levels for the good of the industry. The role of states was further formalized through the 1935 Interstate Oil Compact that provided a forum for states to exchange information and plans, standardize legislation, and coordinate pro-rationing and conservation in production.

The stresses in the oil industry even led to a tariff imposed on oil imports in 1932. A duty of 21 cents/bbl was imposed on crude and fuel oil and $1.05 was put on gasoline which caused the volume of oil imports to drop from 9-12% to 5%. The tariff was also a good source of revenue for the Federal government during the Depression. Venezuela which had supplied 55% of US imports was the country hardest hit by the tariff and after being forced to redirect its oil markets elsewhere, it overtook the U.S. and became Europe’s largest supplier.

Finally, there was stability brought about by the regulatory system in place for the oil industry, and it had taken East Texas oil at about 10 cents a barrel to get the industry and producing states to move in that direction. Other factors that contributed to making it happen were the advances in petroleum engineering, the Great Depression, and President Franklin D. Roosevelt’s New Deal. Two compelling assumptions were central to the regulatory system: 1). Demand for oil is not responsive to price (i.e., demand at 10 cents a barrel would not be much different from demand at $1 a barrel, especially in the Depression) and 2). Each state had its “natural” share of the market (e.g., when Illinois found and became the 4th largest oil producer in the late 1930s, Texas & Oklahoma grudgingly cut back production substantially to make way for Illinois crude to avoid threatening the system. The average price of oil eventually went to $1.00 to $1.18 per barrel from 1934 through 1940, and the dollar a barrel rally cry had been realized!