The Lecture for The Prize Chapter 14: "Friends"- and Enemies

The Prize Chapter 14: "Friends"- and Enemies

Henri Deterding rented the Achnacarry Castle for three thousand pounds for August 1928 and invited some of the top oil industry leaders to this estate in Fort William, Scotland, for "hunting and fishing." The real mission was, however, to find a solution to the dilemmas of overproduction and overcapacity in the industry; one that would bring about order, divided markets, stability, and profitability. Oil production was surging from the US, Venezuela, Romania, and the Soviet Union, flooding the market, weakening prices and threatening "ruinous competition" among them. In attendance were Henri Deterding (Royal Dutch/Shell), Walter Teagle (Standard Oil of NJ), Heinrich Riedemann (SO of New Jersey's man in Germany), Sir John Cadman (Anglo-Persian), William Mellon (Gulf), and Colonel Robert Stewart (Standard Oil of Indiana). This took place the year before the Great Depression in 1929 and two years before Dad Joiner struck oil in East Texas.

During that period, industrial rationalization, efficiency and elimination of duplication were the values and objectives promoted by the companies as they explored mergers, collaboration cartels, marketing arrangements, and associations to address the excess supply problem. For example, the British government had been secretly pushing for collaboration among the companies. When Sir John Cadman took over from Charles Greenway at Anglo-Persian, the market conditions were such that he had only two choices: fight his way into new markets or set up joint ventures with the established companies. He chose the latter and wanted to form an "alliance" with Royal Dutch/Shell in the India and Africa markets, but its majority shareholder, the British government was skeptical. This time, however, Churchill concluded it was the best policy and cheapest option, and the British government gave its approval. They further encouraged Anglo-Persian to even explore similar arrangements with Standard Oil. These and other developments were what contributed to the invitations to the Achnacarry Castle. 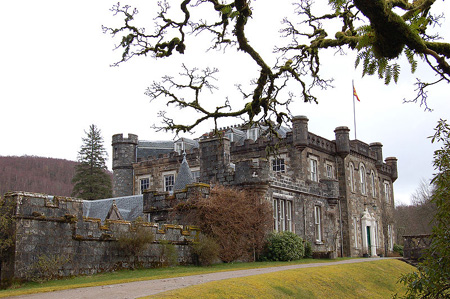 The two weeks of Achnacarry discussions led to the 17 page "As-Is" Agreement, also called Pool Association that was agreed to, but not signed. Under the agreement, each company was allocated a quota in various markets, but the agreement excluded the domestic US market to avoid violating US antitrust laws. In addition to the quotas, the companies agreed to drive down costs, share facilities, and be cautious in building new refineries and other facilities. A few months later, the industry leaders agreed to control production as well. Thus, by the agreement, an international oil cartel was in essence being formed! Cartels typically control or fix prices, markets, and production. However, the agreement fell apart as the companies resumed attacking each other's markets. The Soviet Union, which was absent in the agreement, had to be brought in for any chance of success since the Soviet company, Russian Oil Products, was the 4th largest importer into the United Kingdom. Shortly after Achnacarry, 17 American companies formed the Export Petroleum Association, under the Webb-Pomerene Act of 1918 that allowed US companies to do abroad what the antitrust law would not allow them to do in the US. Disagreements on the allocation of output between the American and European companies led to the failure of the attempt to "cartelize" US oil export, further undermining the "As-Is" agreement. Besides, there was too much production outside the "As Is" framework for it to be effective, and the Achnacarry Agreement and the attempt to "cartelize" international oil production failed.

The Big Three (SO of New Jersey, Shell, & Anglo-Persian) tried to reformulate an alliance in 1930 dealing with the European Markets. They attempted to make local arrangements, dividing market shares with "outsiders." Again, the system proved ineffective due to the rising volumes of American, Russian, and Romanian oil. In November 1932, Sir Cadman spoke to the API (American Petroleum Institute) in favor of "cooperation within the laws of every country," and in December 1932, the companies came up with an updated "As-Is" understanding: "The Heads of Agreement for Distribution." The initial adherents were Royal Dutch/Shell, Jersey, Anglo-Persian, Socony, Gulf, Atlantic, Texas, and Sinclair. There were, however, many contentious points in the new agreement including chronic cheating and new markets. The companies, being fierce competitors, always plotted new attacks against each other even while they sought cooperation. In addition, there were constant conflicts with implementing agreements or even "agreeing to what had been agreed to."

In a continued attempt to deal with the increasing problems of excess capacity and price stability in the oil industry due to the Great Depression, a 1934 Draft Memorandum of Principle allowed outside auditors to review the adherents' trade numbers, but this was very much opposed by some of the companies. The "As-Is" was more effective with the Draft Memorandum from 1934, due to three key factors: 1). In the U.S., Ickes, leading the federal and state government, finally brought production under control, 2). In the Soviet Union, industrialization stimulated domestic demand for oil, constricting the amount that was available for exports, and 3). Some of the large companies in Romania finally imposed some control on oil output.

The Rise of Nationalism: Persia

In a way, the "As-Is" agreement in addition to being a tool to defend against overproduction and the Depression, was also intended to defend against the emergence of political forces in Europe and the producing countries. During the 1930s, political pressure on the oil companies took many forms. Governments imposed import quotas, set prices, and placed restrictions on foreign exchange and also, as a result of the Depression, autocracy and bilateralism were the order of the day. The oil companies sought to insulate and protect themselves from government intervention in the second half of the 1930s after the worst of the Depression was over. Political and economic nationalism had also intensified throughout the world, and, as one oil observer then noted, "Operations in the oil business are 90 % political and 10 % Oil." 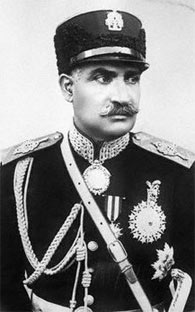 One such area was Persia. Shah Reza Pahlavi of Persia, who in 1925 had crowned himself the founder of the new Pahlavi dynasty, was set on modernizing Persia, and he was outraged by the plummeting royalties with the Depression. He had also grown to be suspicious of everyone, and this was resented even by his closest and most faithful followers. To add to these, he was also staunchly opposed by the clerics, the mullahs, who organized opposition to the Shah's efforts to create a modern, secular country. The Shah viewed Anglo-Persian, like the mullahs, as an independent power center he had to control and reduce their power and influence. In addition, he was angry with Anglo-Persian's majority shareholder, the British government, for its diplomatic recognition of Iraq and for protecting and not allowing Persia to have sovereignty over Bahrain. So, on Nov 16, 1932, he abruptly and unilaterally canceled Anglo-Persian's concession. The Persians actually charged that William Knox D'Arcy's 1901 concession was in fact a violation of Persian national sovereignty. The issue was sent to the League of Nations, the predecessor of the United Nations, and five months later Cadman went to Tehran to salvage the situation. In April 1933, a new agreement was finally signed. Persia was guaranteed a fixed royalty of 4 shillings per ton, and it would also receive 20% of the company's worldwide profits. A minimum annual payment of 750,000 pounds was guaranteed, and the duration of the concession was extended from 1961 to 1993. Also, the "Persianization" of the workforce was to be accelerated.

The Rise of Nationalism: Tensions in Mexico and the Expropriation

A dispute over a section/clause of the Mexican Constitution of 1917, paragraph 4 of Article 27, evoked nationalistic challenges to the oil companies. The clause stated that the subsoil belonged not to those who owned the property above it, but to the Mexican state. Tensions rose so high in 1927 that a rupture between Mexican and American governments seemed imminent. There was even the possibility of another military action as had happened before at the time of Woodrow Wilson during the revolution. Mexico was losing its ability to compete in the world market, especially to Venezuela, due to high production costs, increased taxation, and the exhausting fields. Mexican Eagle, the largest foreign oil company was partly owned and run by Royal Dutch/Shell, and together they produced 65% of Mexico's oil. American companies led by Standard Oil, Sinclair, Cities Service, and Gulf produced 30%. With the tensions and the companies' reluctance to further invest in the oil business, Mexico's production dramatically fell. As an illustration, production had dropped by 80% in only one decade (499 K BPD in the 1920s vs. 104 K BPD in the 1930s). As expected, Mexico blamed foreign companies for the sudden loss of revenue. 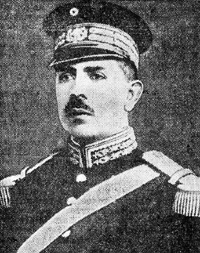 General Lazaro Cardenas, who was former War Minister, became President of Mexico at the end of 1934. He was the most radical of Mexico's Presidents and aggressively pushed land reform, education, and an expansive program of public works. He was a fervent nationalist who had developed a considerable dislike for the foreign oil companies. Tensions continued rising in Mexico with Cardenas, and Mexico became the sharpest example of rising nationalism and growing confrontation against foreign companies. Oil workers' union went on strike in May 1937, with other unions planning to undertake a general strike in support of increased wages. The President set up a commission to review the companies' books and activities, and the Commission declared that oil companies had indeed been making lucrative profits while doing nothing for Mexico's economic development. It recommended higher wages and a host of new benefits and demands including replacing all foreign technicians with Mexicans within 2 years. The companies appealed the commission's recommendations and the government confirmed the Commission's recommendations with retroactive penalties! When the matter went to the Mexican Supreme Court, it upheld the judgment against the companies. The companies increased their wage offer twice, but those were still not enough for the union leadership and the Mexican government.

On March 18, 1938, Cardenas met with his Cabinet and informed them that he intended to take over the oil industry. In his view, it was better to destroy the oilfields than for them to be an obstacle to national development. He signed the expropriation order at 9:45 PM. The companies viewed the expropriation as illegitimate and a violation of the agreements and commitments previously made and joined together in a united front to negotiate to get their properties back. Another major concern of the companies was that if the Mexican expropriation succeeded it would set a bad precedent throughout Latin America and jeopardize international trade. The companies, therefore, sought to fight vigorously and organized embargoes against Mexican oil around the world. Since Mexican Eagle and Royal Dutch/Shell had the most to lose, the British government took a strong stand against Mexico and insisted on Mexico returning the properties to their rightful owners. Mexico severed diplomatic relations with Britain in response to the British complaint. Unfortunately, the British-led embargo only caused Mexico to find new markets as Nazi Germany became Mexico's #1 petroleum customer, with Fascist Italy 2nd. Japan also became a major customer.

The strong British stance was driven more by strategic than commercial interests as Britain realized that in any future military crisis it may have to depend on production from Latin American countries. To Britain, Mexico was more important to it than to the United States when it came to oil.

The U.S. attempted to fix ties with Mexico and wanted to tie Mexico into a hemispheric defense system. In autumn of 1941, Washington decided to push for a settlement. The commission proposed a $30 million "take it or leave it" compensation settlement over several years which the American companies accepted with the urging of the US government. Mexican Eagle and Shell did not settle with Mexico until 1947 (2 years after the War) when it obtained $130 million, a much better deal than the Americans. Obviously, the US companies felt that their government did not fight as hard for them as the British government did for Mexican Eagle and Shell. Both the British and Americans, however, agreed on one thing: that the Mexican expropriation was the biggest trauma that the industry had experienced since the Bolshevik Revolution, or possibly the dissolution of Standard Trust.