The Lecture for The Chapter 12: “The Fight for New Production”

The Chapter 12: “The Fight for New Production”

This chapter takes us back to the early 1900s and through World War I and oil developments in Mexico and Venezuela.

The Other Big Early Producer: Mexico

World War I had clearly demonstrated on the battlefield that whoever had the oil had the power or won the war. As we will soon see, oil was also a symbol of sovereignty leading to diverging objectives of the oil companies and producing countries. Outside of the United States, Mexico was the next big producer. Pan American, under Edward Doheny, and Mexican Eagle, under Sir Weetman Pearson, were the two major companies in Mexico in the early 20th century. Doheny was the same one who was later involved in the Teapot Dome scandal and found innocent. Sir Pearson was the famous engineer responsible for many engineering marvels including the Blackwall Tunnel under the Thames River and the four tunnels under the East River in NY. He achieved major successes on all his grand projects and was, therefore, known to have the “Pearson touch”. The president of Mexico, Porfirio Diaz, had initially invited him to Mexico hoping his “Pearson touch” would lead to the building of the Grand Canal that drained Mexico City, the Vera Cruz Harbor, and the Tehuantepec railway connecting the Atlantic and Pacific. Pearson, who later became Lord Cowdray, actually got involved in oil by accident when he missed his train connection in the Texas border town of Laredo and was forced to have a nine hour stop over. Over the nine hours he became an oilman! He subsequently hired good old Captain Anthony Lucas of Spindletop fame to assist his oil development in Mexico. 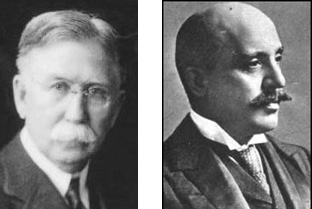 Pearson, with the help of American geologists and Captain Lucas, made major oil strikes in Mexico in 1910 that resulted in a boom in Mexico. In 1921, Mexico was actually the 2nd largest producer in the world with an annual output of 193 million barrels mainly refined for fuel oil for industrial, railway, and shipping markets. During World War I, Mexico was a critical source of oil for the U.S. As a result of its position, in October 1918, Calouste Gulbenkian approached Lord Cowdray, on behalf of Deterding, to buy Mexican Eagle.

The Mexican Revolution began in 1911 and removed President Diaz. There was continuing violence, and E. J. Sader head of Jersey’s Mexican operation was beaten and left for dead. Rebels even held the oil camps belonging to Mexican Eagle and killed some of the workers. The revolution changed the political environment drastically.  The conditions for foreign oil companies were no longer conducive to foreign investment but carried high risk when the new government took ownership of the minerals. Shell, however, interestingly, took a chance in October 1918, just before the end of WWI, to acquire Mexican Eagle through Calouste Gulbenkian working on behalf of Henri Deterding. Unfortunately, it turned out to be a bad investment, as the field shortly started to produce salt water!

An objective of the Mexican revolution was to restore national ownership of the country’s resources. Up until 1884, the natural resources underneath a land belonged to the crown and the nation. Porfirio Diaz changed that so that it now belonged to the landlords (farmers and ranchers) who in turn sold them to the foreign companies, giving them 90% of all the oil properties. The rebels wanted to take away the foreign companies’ iron fist over the profits that the rebels saw as belonging to the citizens. The battle between government and oil companies boiled down to two issues:

Through Article 27 of the Constitution of 1917, nationalization of the subsoil or the restoration of ownership to the state was accomplished. However, investors now had little desire to assume the high expense and huge risk in development without secure agreements or contracts and the prospect of future profit. Thus, although Mexico had the oil, it could not develop or market it without foreign investment.

The Diverging Views of Mexico and United States

The restoration of ownership, together with the regulations and tax hikes, led to tensions, conflicts, and confrontations with the oil companies which resulted in turbulent relations between the US and Mexico. When Mexico looked north to Washington it saw: foreign exploitation; humiliation; violation of sovereignty; and enormous weight, pressure and power of “Yankee imperialism." On the other hand, when Washington looked south to Mexico it saw: instability, insecurity, banditry, anarchy, threat to a strategic resource, and reneging on contracts. 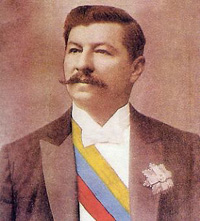 General Gomez, who was barely literate, ruled Venezuela as a cruel and cunning dictator for twenty-seven years. He turned the country into his personal fiefdom. He rewarded his cronies and those who were in his family by handing out concessions as favors to his relatives to turn around and dispose of them as they wished. His goal was power and lots of wealth. General Gomez was shrewd and worked to establish a stable political environment to encourage foreign investment. There was never a discussion or question about his dictatorship, but only the stability it provided for investment especially in comparison or sharp contrast with the political environment in Mexico. There was, of course, some discussion and concern about what would happen after he died. To attract foreign investors and make them comfortable, Gomez drafted the Petroleum Law that defined the terms for concessions, taxes, and royalties.

In December 1922, Shell’s Barroso well in the La Rosa field of the Maracaibo Basin that had been staked by the same George Reynolds who a decade earlier had opened up Middle East oil in Persia flowed at 100,000 bpd. With the discovery, many oil companies jumped on board, and Venezuela was producing, by 1929, 137 million barrels compared to the 1.4 million barrels in 1921. Oil also provided 76% of the export earnings and half of the government’s revenues in 1929. The three dominant producing companies in Venezuela then were Royal Dutch/Shell, Gulf, and Pan American (later purchased in 1925 by Standard of Indiana). Standard of NJ, that had acquired 4,200 acres under Lake Maracaibo, was, unlike Shell, not successful with oil until 1928, when using new underwater drilling technology, it was able to open up the vast resources under the lake. Standard of Indiana, after evaluating all risks at the bottom of the Great Depression in 1932, including a proposed US tariff on imports it feared would cut off Venezuelan oil from the US, fear of more capital investment in the Depression, as well as fear of being nationalized in Mexico, decided to sell its foreign operations to SO of New Jersey, making SO of Indiana, at one time, the largest stockholder of SO of New Jersey.

In spite of all the challenges, Venezuela became the 2nd greatest producer in the world and Britain’s largest supplier by 1932, followed by Persia and the United States.

Venezuela - Petroleum Fields, 1972.
Click for a text description
Map showing the oil fields, refineries, pipelines, and complexes in Venezuela. There are many oilfields and pipelines around Lake Maracaibo, and pipelines from Caracas to Barinas, and from Puerto la Crus to Las Mercedes, El Tigre, and Temblador. There are patches of oilfields around pipeline connecting El Tigre to Puerta La Cruz and at Temblador and Maturin. The refineries sit at the ends of most pipelines.
Credit: Petroleum map of Venezuela, 1972 from Wikimedia Commons (Public Domain)

The Bolshevik Revolution caused chaos throughout the Nobels' oil empire and throughout other empires. After the Nobels fled from Russia to Paris during the Revolution, they sought for a buyer. They offered their oil operations to Deterding who was eager to be the master of Russian oil on the assumption that the Bolsheviks would lose. Deterding sought to create a syndicate with Anglo-Persian and Lord Cowdray to negotiate with the Nobels and also tried to get political support from the British Foreign Office, as insurance, but the Foreign Office refused. On April 20, 1920, the Bolsheviks recaptured and nationalized the Baku oil fields, raising the risk for the purchase of the Nobel assets. Deterding could risk it all or fold. He folded, and Standard Oil of NJ bought the controlling rights in July 1920 at a bargain price-$6.5 million down and a commitment for another $7.5 million. Standard, in turn, gained control of one third of Russian oil output, 40% of refining, and 60% of the internal Russian market. Standard Oil of NJ had also calculated the Bolsheviks would not survive.

The Soviet society and economy were in shambles with industrial underproduction, inflation, lack of capital, and food shortage and desperately needed foreign capital and investment to develop, produce, and sell its natural resources. They entered into intense Anglo-Soviet Trade discussions with Leonid Krasin as their lead negotiator. They announced a new policy that offered concessions to foreign investors in November 1920 and followed it up in March 1921 with the New Economic Policy that provided an expanded domestic market, return of private enterprise, and Soviet commitment to foreign trade and selling of concessions. The Anglo-Soviet Trade Agreement was signed in London a week after Lenin’s announcement of the New Economic Policy.

SO of New Jersey, Royal Dutch/Shell, and the Nobels created the Front Uni in 1922 to stand as one unit against any Soviet threat to their assets. Several other companies joined, and they all committed to stand against the Soviet threat together and protect their properties and their trade. They even pledged to seek compensation for nationalized assets and to deal with the Russians only as a group and not as independent companies. Crafty Leonard Krasin with his understanding of capitalists and their competitive instincts played the companies against each other, leaving them all in piles of broken promises and pledges not worth the paper they were written on. Teagle eventually regretted buying the Nobel enterprise. For one thing, the pressure of competition resulted in cheap Russian Oil. With the nationalization, they also felt they were encouraging “the thief to persist in his evil by making theft profitable.” Socony-Vacuum (Mobil) dealt with the Russians, realizing that American businessmen and farmers were selling cotton and other products to the Russians. They, therefore, saw no reason why they could not buy and sell to the same Russians.