The Lecture for The Prize Chapter 28: The Hinge Years - Countries versus Companies

The Prize Chapter 28: The Hinge Years - Countries versus Companies

Enjoying the lavish, relatively new income and regional influence, Iran strove to set the stage and illustrate their new political capital. Wanting to celebrate the founding of the Persian Empire 2,500 years before, as well as the capital, Persepolis, the Shah in October 1971, put on “one of the biggest bashes in all history” at a cost of $100-200 million. Many heads of state were invited and 25,000 bottles of wine were imported from France for the occasion. The Shah was not happy when neither Queen Elizabeth nor Prince Charles could attend, but he later warmed to the British after a visit to Britain. In reality, the grand celebration was intended to establish a historical connection between the Shah and Cyrus the Great.

Anglo-American Retreat from the Middle East

By the mid-1960s, the power of America and Britain that had sustained the Middle East was waning. The US was mired in a costly, unpopular, and unsuccessful Vietnam War, and anti-Americanism was on the rise around the world. Britain, on the other hand, in response to its balance of payment crisis, was liquidating its empire. It transferred the port city of Aden to Marxist South Yemen, in addition to announcing plans to withdraw all defense east of Suez in 1968. Additionally, it completely withdrew all forces from the Persian Gulf by November 1971. The Sheiks of the Middle Eastern countries were shocked and begged them to stay. The United States' current administration was not pleased with the decision, either. The departure of the British forces created a power vacuum in a region that supplied 32% of world oil and had 58% of the world's oil reserves. The potential parties with interest in filling the vacuum were Iraq and Soviets versus the Shah. President Nixon had a friendly relationship with the Shah following Nixon’s loss of a political election, and the Shah received him without a change in respect. The preference of the Nixon Administration was obviously the Shah and Iran to fill the gap.

US Peak Oil and the End of the Surplus

By the early 1970s, with all the economic growth fueled by oil, worldwide demand was catching up with supply, and the U.S was also running out of excess capacity. Oil production peaked in the US in 1970 at 11.3 million barrels per day (bpd), leading the chairman of the Texas Railroad Commission to declare that “the old warrior (Texas oilfields) can’t rise any more.” As we will discuss later on peak oil, Hubbert had predicted in the 1950s that US oil would peak about 1969, and it surely did in 1970. After US production peaked, the import quota was removed, and imports rose rapidly from 2.2 million bpd in 1967 to 6 million bpd by 1973. Thus, the US no longer had the “security margin,” and from then on would not be able to act as an emergency reserve in any future emergency such as another World War.

There will be a continuation of the discussion about Hubbert’s Peak in Lesson 12, including how it applies to today.

The Environment Impact of Oil Use 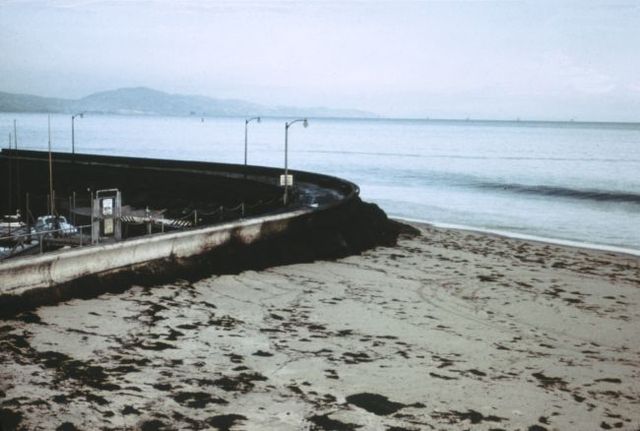 Starting in the 1960s, environmental issues began to be taken seriously in the political arena. The US Clean Air Act was passed in 1967. By 1970, environmental impact statements were required for new projects before construction approval. The book, The Limits to Growth: A Report for the Club of Rome’s Project on “The Predicament of Mankind,” published in 1972, enhanced environmental consciousness. The book predicted that if the rates of change in the population, industrialization, pollution, food production, energy consumption and depletion of resources continued unabated - society would become unsustainable within 100 years. With the environmental concerns, the move from coal to oil was accelerated and the use of nuclear power increased.

The environmental issues with oil were thrust to the public mind when an oil spill off the coast of Santa Barbara happened in January 1969. The Union Oil Company was drilling for new sources of oil offshore; it resulted in about 6,000 barrels of oil spilled. The public outcry was tremendous, and the US Nixon administration responded. They put a halt to all oil drilling off the coast of California, and there was increased opposition to oil development in other environmentally sensitive areas. 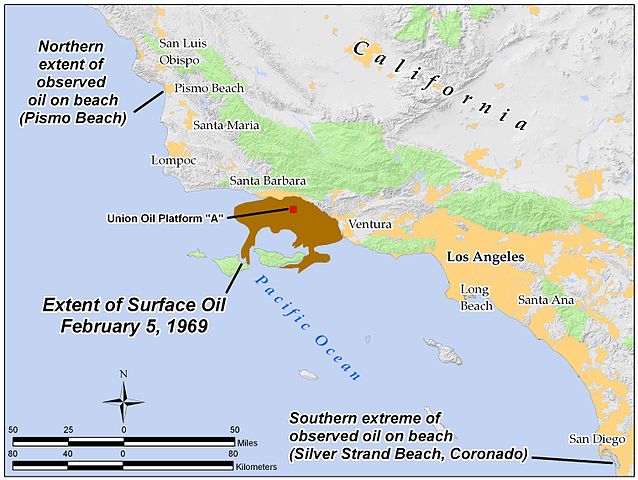 A map of the oil spill of the coast of Santa Barbara.
Credit: Extents of 1969 Santa Barbara, California oil spill by Antandrus from Wikimedia Commons is licensed under CC BY-SA 3.0

New Oil Finds in Alaska and the North Sea

In December 26 of 1967, with temperatures about -30 F, the Atlantic Richfield (ARCO)-Humble joint venture hit oil in Prudhoe Bay. This is after they had drilled a costly dry hole after Sinclair-BP had drilled at least six expensive dry holes. The new field in Alaska turned out to be the largest oil field in North America with about 10 billion barrels, more than 1.5 times that of East Texas. It was estimated that production could be 2 billion bpd, making it the 3rd largest producing field in the world after Saudi’s Ghawar and Kuwait’s Burgan oilfields.

However, with the distance and extreme weather conditions, the question was: how was the oil to be transported to its market? It was decided to build a trans-Alaskan oil pipeline to a port where it could then be shipped to America. Among the engineering challenges were: the oil came out of the ground at 160 degrees and had to enter a pipeline going through permafrost at a temperature well below zero degrees. Interestingly, construction was stopped in 1970 when environmentalists (the environmental movement) succeeded through the Federal court in blocking the pipeline, and the pipeline was not built for another 5 years. The North Sea oil was also discovered around the same time during the late 1960s. Although the Alaskan and North Sea oil fields were in difficult environments physically, and required enormous expense and new technologies to produce, they were in politically stable areas. This factor would add to their value. 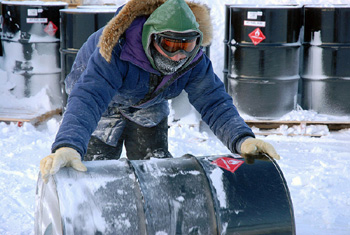 Dr. Hammer and the Libyan Squeeze 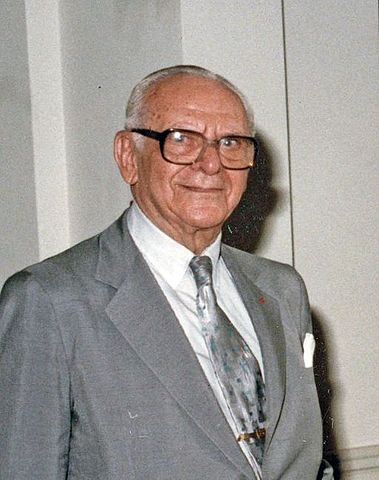 Dr. Armand Hammer, chairman of Occidental Petroleum, was a wealthy art collector who had varied interests, including oil. He was a capitalist who had influence and political connections in both the Soviet Union and the US. With the variety of connections he had along with timing and clever deals, he built OP into a great company. He won a concession in Libya in 1965 and hit oil in a big way in 1966. The first well flowed at 43,000 bpd, and the second well came in at 75,000 bpd. Hammer was a great deal maker and had even promised King Idris of Libya to build an agricultural experimental farm at a desert oasis at his birthplace. He built a 130-mile pipeline across the desert in less than a year, and within two years of his concession, he had become the 6th largest oil-producing company in the world. The six-day war in 1967 that closed the Suez Canal helped to place more value on Libyan oil.

The problem Hammer had was his exclusive heavy dependence on the Libyan oil, and that concerned Hammer greatly. On September 1st, 1969, there was a coup in Libya led by Muammar al-Qaddafi, who was eccentric & erratic with wild mood swings to power. Qaddafi sought to hike the posted price of oil, but most of the companies that had other sources of oil refused. Occidental could not refuse as it did not have other sources, and, in the end, Occidental, and eventually all the other oil companies, conceded and increased posted price. This action was a game-changer as now a producing country had been able to dictate terms. The Suez Canal was still closed (after the 1967 War), and other circumstances had caused a disruption in the tapline through Syria resulting in higher tanker rates, and Qaddafi and his gun touting Deputy PM Jalloud did not hesitate to take advantage of the oil situation caused by these events in pushing their case.

The Game of Leapfrog

With Qaddafi’s success, other countries sought higher prices, and the companies tried to unite. On January 15, 1971, the companies put up a united front to negotiate with OPEC as one group rather than as individual companies. The Shah of Iran opposed the companies' plan, and the US government sided with the Shah. Due to a split within OPEC, two sets of negotiations were going on simultaneously in Tehran, Iran and in Tripoli, Libya. The Tehran Agreement resulted in a 55-45% for Gulf nations with annual increases in the posted price on February 14, 1971. This lead an OPEC official to proclaim, “After the Tehran agreement, OPEC got muscles.” David Barran, Chairman of Shell, also said, “There’s no doubt that the buyer’s market for oil is over.”

On April 2, 1971, the negotiations of the Tripoli group resulted in the posted price being raised 90 cents for the OPEC oil in the Mediterranean-well beyond that of the Tehran Agreement. The Tripoli group included Libya and Algeria and also Saudi Arabia and Iraq since part of their production came through pipelines to the Mediterranean. The Shah was furious as he felt he had been leapfrogged.

Participation or Joint Ownership vs. Concession and Nationalization

The concession system gave the companies the right to explore, own, and produce oil in a territory. Nationalization in Russia, Mexico, and Iran on the other hand had put the ownership of the oil in the hands of the states. Participation or joint ownership was a compromise pursued by many of the countries. To help ensure access to markets, Yamani warned against outright nationalization. In October 1972, the Gulf States signed a participation agreement with the companies that provided a 25% immediate participation share that would rise to 51% by 1983.