Electricity Demand and Supply in the United States

Electricity Demand and Supply in the United States

The United States consumes a bit less than four trillion kilowatt-hours of electricity each year, with the electric sector as a whole representing more than $350 billion in retail sales (that's a few percentage points of total U.S. gross domestic product). The biggest drivers of electricity demand are population, economic activity, the weather, and daily patterns of human activity. The first two factors affect electricity demand over periods of years or longer (see Figure 5.1, which shows that electricity demand in the U.S. has basically grown each year except during major recessions). The weather and human activity patterns (e.g., it is warmer in the summer than in the winter, and people tend to move around during the day and sleep at night) influences electricity demand from hour to hour and from day to day. 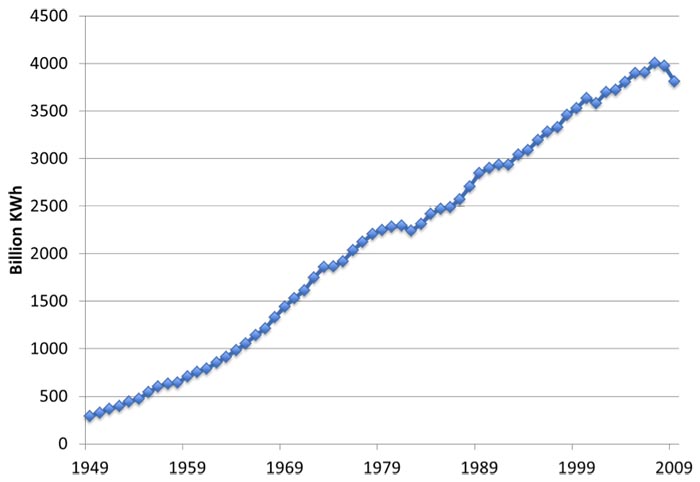 Figure 5.1: Electricity demand in the U.S. over time.
Credit: EIA

Fossil fuels dominate electricity supply in the United States, although there are some regional variations (for example, most electricity in the Pacific Northwest is provided through hydropower; this is true of a number of other countries as well, such as Norway). Until very recently, coal provided more than 50% of all electricity generated in the U.S. But increasing environmental constraints on coal utilization and a decline in natural gas prices have induced a rapid shift since 2010, with coal and natural gas on nearly equal footing in terms of overall electricity supply.

Regional variations in fuel utilization are part of the reason that electricity prices vary widely across the U.S., as shown in Figure 5.2. 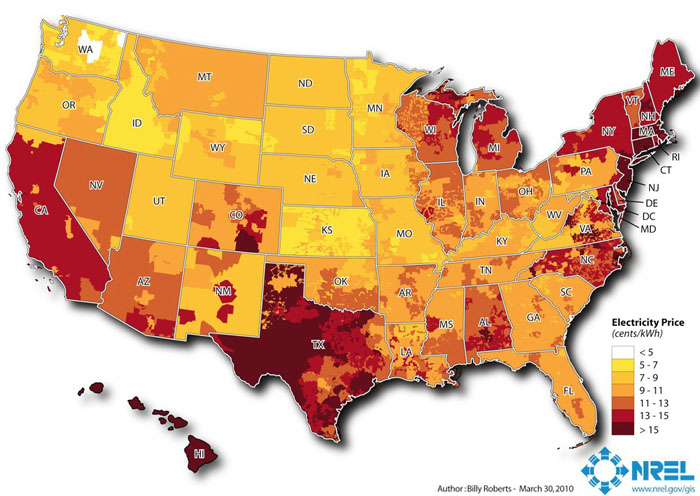 Figure 5.2: U.S. retail electricity prices as of 2010.
Credit: This map was produced by the National Renewable Energy Laboratory for the U.S. Department of Energy.

Generating stations vary widely in size, corresponding to their intended use. Most nuclear generators are well over 1,000 MW, and there are many coal and natural-gas power plants of this size. These larger facilities are designed to be operated continuously for long periods of time and are used to meet "base load" demand - demand that needs to be satisfied nearly every hour of the day. Demand spikes or "peaks" are normally supplied using smaller generators, ranging in size from less than 1 MW to around 200 MW, that can be turned on and off with relative ease and speed. Many of these are simple-cycle combustion turbines that run on gas, oil, or coal, but hydroelectric facilities are often used as "peakers." Levels of demand intermediate between baseload and peak (called "swing demand" or "shoulder demand") are met with generators that are several hundred megawatts in size; these units are almost always fossil fuel turbines.

The following two videos explain in more detail the patterns of electricity demand and supply in the United States:

So, this is basically seasonal electricity demand by hour for the PJM system. So, it's the mid-Atlantic and sort of Western grid that we're a part of. And so, basically, what you can see is that in the fall and the spring are kind of boring for the electricity industry. Everybody can just kind of go to sleep. And demand tends to be higher in the summer and the winter.

The demand for electricity and the cost of providing electricity also varies by the time of day. And so, the PJM system in the summer tends to see a peak in the sort of mid to late afternoon. In the winter, the daily pattern of electricity usage changes a little bit. Where you have kind of a double peak, where there is a peak in the morning and then there's another peak in the afternoon.

OK. So, we have a mix of electricity generation capacity that is primarily fossil fuels. So, the pie chart on the left is our capacity to generate electricity. And so, it's about 70% coal and natural gas. So, these are our power plants. But if you look at the actual electricity that's generated, our coal plants and our nuclear plants are used a lot more intensively than, say, are our natural gas plants or especially our petroleum-fired plants. We have some oil-fired capacity in the US, but it almost never gets used. And there's a good chance that a lot of it will be retired within the next 15 years or so because of environmental reasons primarily. But still, about 70% of the electricity that's generated comes from fossil fuels, primarily coal and natural gas. Another 20% is nuclear. And then there are things like petroleum, hydro, biomass, wind, solar, all of these things. Those count for a much smaller percentage of our electricity generation.

[Student] Do you have a handle on-- so, obviously, the electric generation capacity is not entirely used and has this flexibility to change out the fraction of which each particular generation source makes up of what's generated. Do you have an idea of what the capacity factor is of the overall grid, and how much of the capacity we're actually using overall?

Well, that's average. Right. Yeah, but what's really driving that is that there's a big chunk of capacity that we only use when electricity demand is really high. So, we have a lot of what we call peaking plants. So, in PJM, for example, 15% percent of all of the generation capacity is used in less than 100 hours a year. And so, the amount of capacity that we have to have on hand to accommodate peak electricity demand during the summertime is fairly substantial.

[Student] Why does the hydroelectric drop? Because I know coal and nuclear, they're pretty much static and so, they can't vary. But wouldn't hydroelectric be the same?

Not necessarily, for two reasons. One is that a good amount of the hydro generation in the Pacific Northwest what we call run of river, which means that there's no storage. So, there is very limited ability to control how much water passes through dams, and therefore, how much electricity is generated.

The second reason is that a lot of hydro capacity where there is storage is used for something called load following. That's kind of like peak of demand. So, it's not producing electricity at a constant rate all the time. But rather, the electricity that is produced goes up and down in response to fluctuations in demand. So, that's why.

[Student] Are a lot of hydro plants pumped hydro, or do they just not run and let it fill up slowly when they're off?

So, there are a lot of pumped hydro plants. The biggest hybrid dams are generally not pumped storage, because you'd need a really big pump for something like that.

So, the biggest hydro dams, most of which are located in the Pacific Northwest, either have a marginal amount of storage behind them or are run of river.

[Student] And just having a dam doesn't imply storage.

[Student] We have to pump it the other way, too.

You would either have to pump it the other way or you'd have to have a big reservoir behind the dam.

The U.S. power transmission grid is highly integrated with grids in Canada and Mexico, so the "U.S. power grid" is perhaps more appropriately called the "North American Power Grid." The North American grid itself is split into three sub-grids that are referred to as "interconnects." The Eastern Interconnect includes states and provinces east of the Rocky Mountains (more or less); the Western Interconnect includes states and provinces west of the Rocky Mountains; and the Texas Interconnect is limited to most of the state of Texas. While there are some weak connections between the three interconnects, they essentially function separately. The National Public Radio has a very nice website called "Visualizing the U.S. Electric Grid" on which you can look at the existing grid relative to fossil and renewable generation resources and also understand how the grid will have to change to support the development of large-scale renewable energy (primarily wind and solar).