Now that we've explored both the option of implementing a carbon tax for emissions or regulating them under a cap and trade scheme, let's take a closer look at what the differences are.

The Center for Climate and Energy Solutions offers a concise summary of cap and trade vs. carbon tax which I encourage you to read (it was previously an assigned reading with this lesson). This is part of a Congressional Policy Brief Series the Pew Center has assembled to address questions from policymakers and their staffers on a variety of topics related to climate and energy policy. You may find this to be a useful resource.

Another alternative for regulating greenhouse gas emissions that we're not going to dig too deeply into is traditional command and control regulation. Under a command and control scenario, the government establishes a limit (for example - every source must reduce their emissions by 40%), and there's no real consideration built-in for the fact that achieving those reductions will be easier (less expensive) for some sources than others, and perhaps even more important, there's no financial incentive to achieve reductions in emissions above and beyond what is prescribed. This isn't to say there aren't useful applications of a command and control policy for environmental regulation, but, rather, that we are instead going to focus our discussions on market-based opportunities to achieve emissions reductions.

Take a look at the graphic below from California Nonpartisan Fiscal and Policy Advisor, Legislative Analyst's Office. It illustrates the cost differences between command and control, carbon tax, and cap and trade. What you'll notice is that in all three scenarios, here, it is possible to cut these (theoretical) emissions in half. The differences come in the costs to achieve this level of compliance, and the flexibility afforded by the mechanism. The options are presented from least to most flexible in terms of achieving compliance. In a command and control scenario, emitters are forced to reduce their own emissions by the prescribed amount or face penalty. In a carbon tax scenario, emitters must pay for every ton of GHG they emit - thereby creating an incentive to reduce emissions in the house as much as possible to avoid the tax burden. With a cap and trade scenario, emitters have the flexibility to reduce emissions in the house or purchase allowances from other emitters who have achieved surplus reductions of their own. One could argue that buying allowances is somewhat similar in structure to paying a carbon tax per ton of emissions, and that's true. However, in the cap and trade design, the value created by generating surplus allowances beyond what you need for your own compliance is thought to incent innovation in emission reduction technologies more so than the design of either other system. 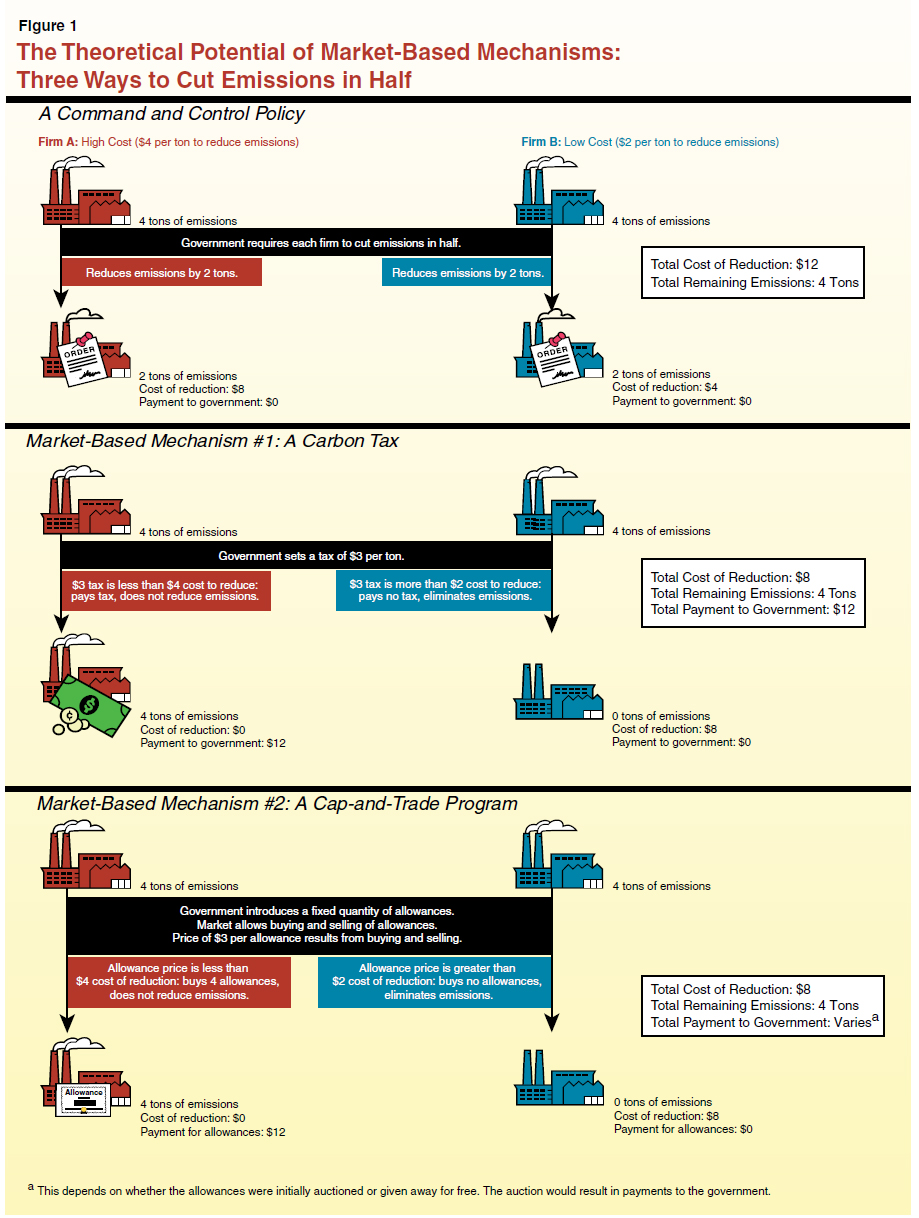 Figure 5.1: The Theoretical Potential of Market-Based Mechanisms: Three Ways to Cut Emissions in Half.
Click here to expand for a text description of figure 5.1

The Theoretical Potential of Market-Based Mechanisms: Three Ways to Cut Emissions in Half A Command and Control Policy