Although distillation is usually known as the first process in petroleum refineries, in many cases, desalting should take place before distillation (Figure 3.1). Salt dissolved in water (brine) enters the crude stream as a contaminant during the production or transportation of oil to refineries. If salt is not removed from crude oil, serious damage can result, especially in the heater tubes, due to corrosion caused by the presence of Cl. Salt in crude oil also causes reduction in heat transfer rates in heat exchangers and furnaces.

The three stages of desalting are: 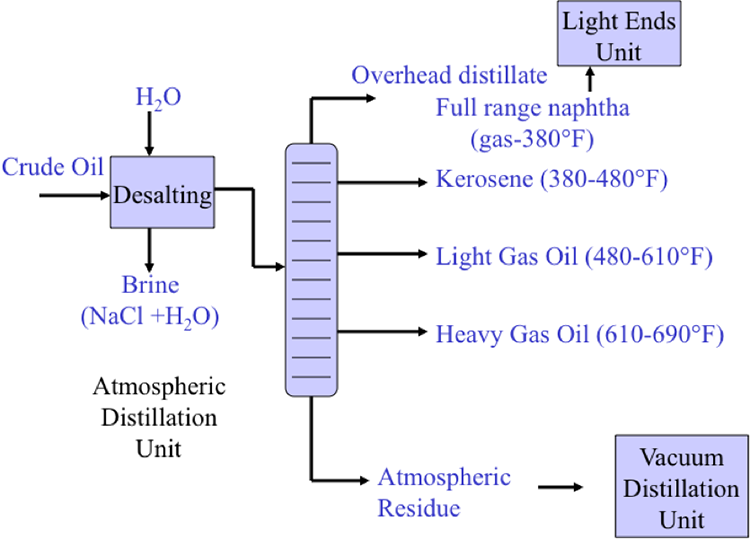 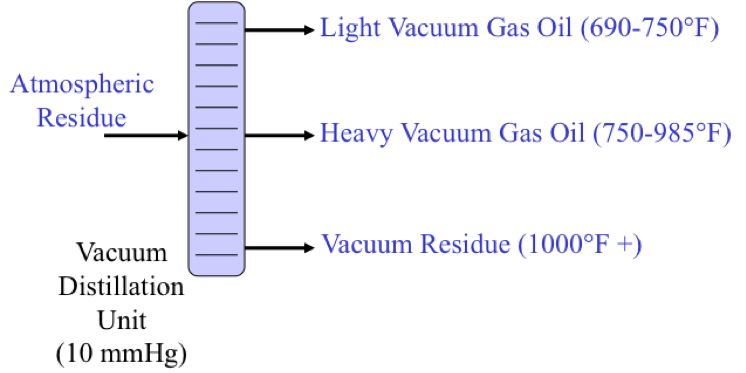 Figure 3.1. Desalting and fractional distillation of crude oil.
Click here for a text alternative to the image above

Desalting can be performed in a single-stage or two-stage units. The amount of water wash and the temperature of the mixing process depends mainly on the crude API gravity [2].

Distillation separates hydrocarbon compounds into distillate fractions based on their boiling points or volatility. More volatile compounds (with low boiling points) tend to vaporize more readily than heavy compounds, and this forms the basis of separation through distillation. In a distillation column, light components are removed from the top of the column, and the heavier part of the mixture appears in the bottom. For a crude that is a mixture of thousands of hydrocarbons, some very light compounds such as ethane and propane only appear in the top product, while extremely heavy and non-volatile compounds such as asphalts only appear in the bottom. Figure 2 shows a simple diagram of atmospheric and vacuum distillation units and the fractional separation of the crude oil into different boiling fractions with the indicated boiling ranges. The lightest compounds found in crude oil come out from the top of the distillation column (referred to as overhead distillate, or full-range naphtha) and are sent to the Light Ends Unit (LEU) for further separation into LPG and naphtha, as discussed later. The side streams separated in the atmospheric distillation column give fractions that include the “straight-run” products called kerosene, and light and heavy gas oils. The residue from the atmospheric distillation column generates two side streams, light and heavy vacuum gas oils, and vacuum residue from the bottom. All of these distillation products are subjected to subsequent processing to produce light and middle distillate fuels and non-fuel products, as described in the following sections starting with LEU.