Some of the common aromatics found in crude oil and petroleum products are benzene derivatives with attached methyl, ethyl, propyl, or higher alkyl groups. This series of aromatics is called alkylbenzenes, and compounds in this homologous group of hydrocarbons have the general formula of CnH2n-6 (where n ≥ 6). Generally, an aromatic series with only one benzene ring is also called mono- aromatics or mononuclear aromatics. However, heavy petroleum fractions and residues contain unsaturated multirings with many benzene and naphthene rings attached to each other. Such aromatics that exist as solids in isolation are also called polyaromatic hydrocarbons (PAHs) or polynuclear aromatics (PNAs) (Figure 1.13). Heavy crude oils usually contain more aromatics than light crudes. It is common to have compounds with naphthenic and aromatic rings side by side (hydroaromatics, or naphthenoaromatics, Figure 1.13) especially in heavy fractions.

Figure 1.13 shows examples of PAHs, such as anthracene, phenathrene, and pyrene. The configuration of rings in PAHs strongly influences the physical and chemical properties of these compounds. For example, three-ring aromatics anthracene and phenanthrene have significantly different properties. In petroleum, PAHs exist mostly as alkyl substituted ring systems such that the substitutent alkyl groups (e.g., methyl, ethyl) replace (substitute for) the hydrogen atoms on the rings. 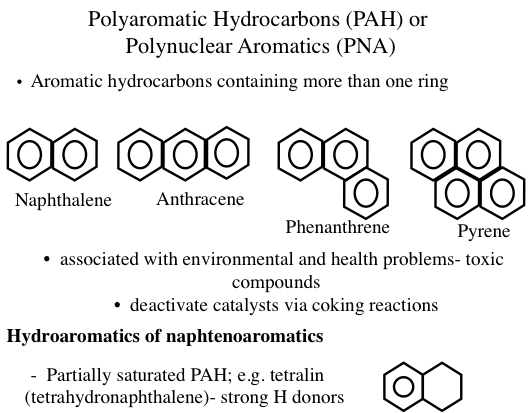 Figure 1.13. Polyaromatic and hydroaromatic compounds in crude oils.
Click here for a text alternative to the figure above

Normally, high-molecular-weight polyaromatics contain several heteroatoms such as sulfur, nitrogen, or oxygen, but these compounds are still called aromatic compounds because their electronic configurations maintain the aromatic character.

Sulfur is the most important heteroatom found in crude oil and refinery products petroleum and it can be found in cyclic (e.g., thiophenes) and noncyclic compounds such as mercaptans (R-S-H) and sulfides (R-S- R′), where R and R′ are alkyl groups. Sulfur in natural gas is usually found in the form of hydrogen sulfide (H2S). Figure 1.14 shows the types of sulfur compounds in crude oils. The amount of sulfur in a crude oil may vary from 0.05 to 6 % by weight. The presence of sulfur in finished petroleum products is not desirable. For example, the presence of sulfur in gasoline can promote corrosion of engine parts and produce sulfur oxides upon combustion, contributing to air pollution. 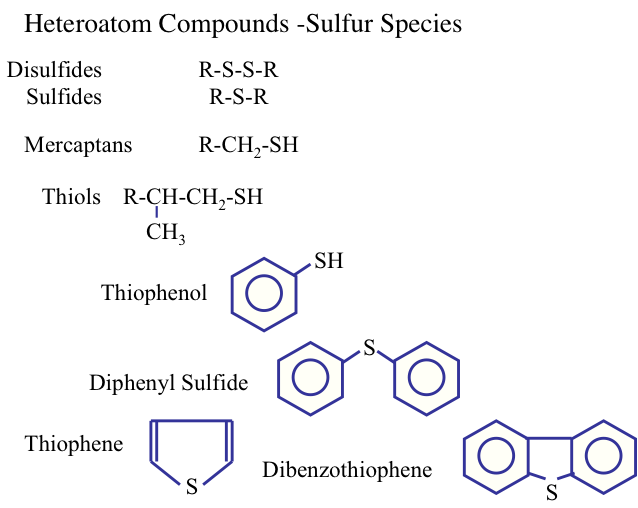 Normally, the concentration of the other heteroatom compounds (nitrogen, oxygen, and metals) in crude oils is usually lower than that of the sulfur compounds. Figure 1.15 shows the nitrogen compounds that may be found in crude oils.

Generally, in heavier crude oils the proportions of carbon, sulfur, nitrogen, and oxygen compounds are higher at the expense of hydrogen content. Heavier crude oils also contain organometallic compounds of common nickel and vanadium (Figure 1.16). These compounds are highly corrosive and toxic and should be removed in the refinery. Nickel, vanadium, and copper can also severely affect the activities of catalysts and result in lower quality products. Organometallic compounds tend to concentrate in heavy, or residual fractions of crude oils. 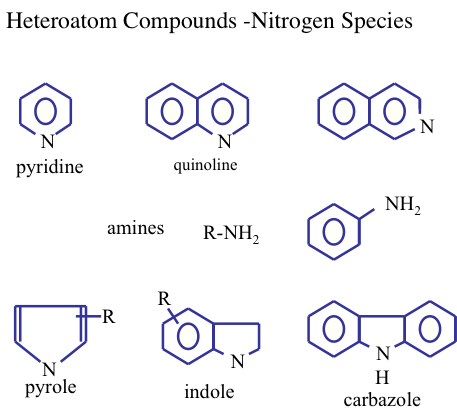 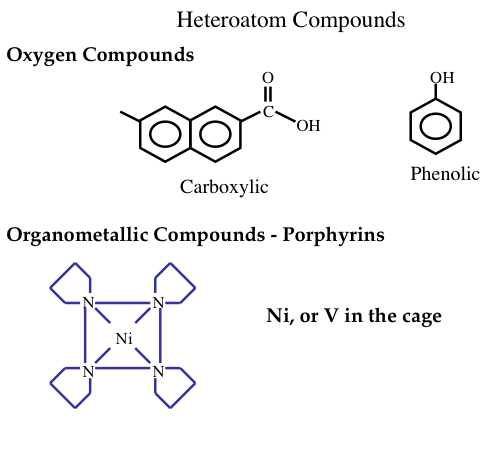 Figure 1.16. Oxygen and organometallic compounds that may be found in crude oils.
Credit: Dr. Semih Eser © Penn State is licensed under CC BY-NC-SA 4.0

What is the principal type of air pollution caused by the emission of sulfur oxides into the atmosphere?

ANSWER: Acid rain caused by the formation of sulfuric acid through reactions of the sulfur oxides in the atmosphere.