The heaviest and the most contaminated component of crude oil is the vacuum distillation residue (VDR), also referred to as the bottom-of-the-barrel. There are multiple processing paths to upgrade VDR into usable products. One process is called deasphalting, which removes the heaviest fraction of VDR as asphalt that is used mainly to pave roadways. The lighter fraction obtained in the deasphalting process, deasphalted oil (DAO), can be used as fuel oil after hydrotreatment (Figure 3.9).

Thermal processes, such as visbreaking and coking, also provide options for upgrading VDR, which is normally a solid at ambient temperature. As shown in Figure 3.10, the visbreaking operation involves mild thermal cracking, with the primary purpose of producing a relatively low grade fuel oil (with a much lower pour point than VDR) and byproducts such as middle and light (naphtha) distillates and LPG. The yield of these byproducts would normally not exceed 10%wt of VDR. As a general rule in refinery conversion processes, producing a lighter product with a higher H/C ratio (e.g., fuel oil, middle distillates, LPG) from a feedstock (e.g., VDR) would require the simultaneous formation of a heavier product (e.g., coke) with a lower H/C ratio than the feedstock. Clearly, this compensation is dictated by the hydrogen balance, or hydrogen distribution among the products. With no external hydrogen entering the conversion unit (as it would in hydrogenation, or hydrocracking reactions), making a product(s) with a higher H/C ratio than that of the feed would require making other product(s) with a lower H/C ratio than that in the feedstock. In the case of visbreaking, what enables the production of lighter (or lower viscosity) fuel oil and other products from VDR is the formation of small quantities of coke with an extremely low H/C ratio. Hence, the term disproportination describes this unequal distribution of C or H in the conversion products, or losing (rejecting) C in the coke that accumulates on reactor tubes and is periodically burned out to clean the reactor tubes. 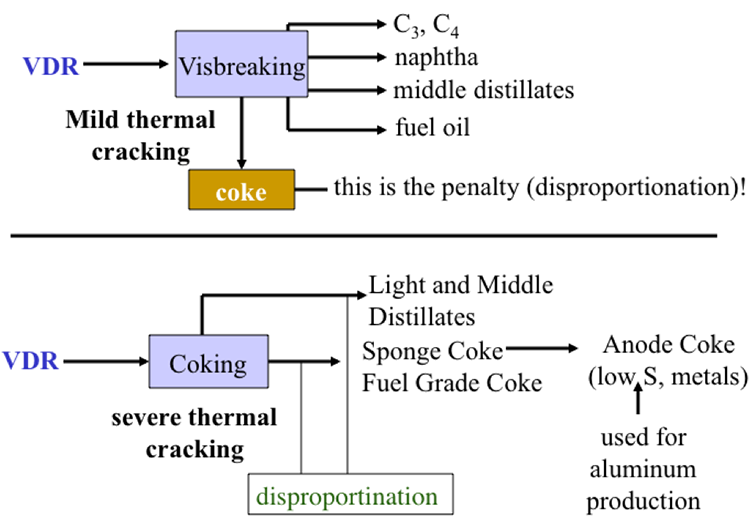 Figure 3.10. Thermal processing of VDR by visbreaking, or coking processes.
Click here for a text alternative to the figure above

Coking of VDR with severe thermal cracking which yields light and middle distillates, and sponge coke & fuel grade coke which becomes anode coke, (low sulfur metals) which are used for aluminum production. This process also has some disproportionation.

As different from visbreaking, coking involves severe thermal cracking with intentional production of coke with a low H/C, so that lighter fuels can be obtained from VDR (by disproportionation), as can also be seen in Figure 3.10. The product coke obtained from VDR with relatively low heteroatom concepts, termed sponge coke, can be used in manufacturing carbon anodes that are used in electrolysis of alumina (Al2O3) to produce aluminum metal. This is another important interface between petroleum refining and metals industries, similar to the coke produced from decant oil used for making needle coke for manufacturing graphite electrodes to operate electric-arc furnaces, as mentioned before.