A weed is a plant that is not wanted or a plant growing in the wrong place. In agricultural systems, weeds tend to be unwanted because they compete with crops for light, water, and/or nutrients, and can reduce crop yield and/or quality, particularly if weeds are permitted to grow and reproduce. Weeds may reduce crop quality through contamination with seeds or plant parts that may be toxic, or of poor nutritional or culinary quality (produce off-flavor compounds). Some weeds may harbor crop insect pests or pathogens; and when weeds have a significant negative impact, they can reduce the economic value of agricultural land. On the other hand, if weeds are not numerous enough to reduce crop yield and quality, weeds can provide some agroecosystem benefits. For instance, weeds can provide:

Weeds tend to be plants that are adaptive and competitive in a range of environmental conditions. They typically have seeds or perennial storage organs that enable them to grow rapidly and produce aboveground canopies that compete with crop plants for light, and root systems that compete for nutrients and water. Annual weed species often grow and mature relatively quickly, producing seeds earlier than crops. To increase survival of their offspring, annual weeds often produce many seeds, and some species produce large seeds. Strategies to control annual weed species target terminating them early, to prevent them from competing with crops and producing seeds. 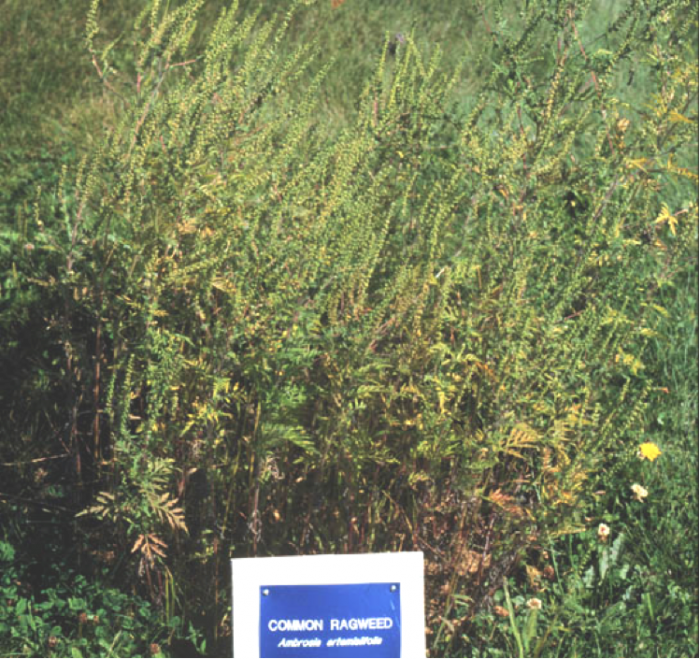 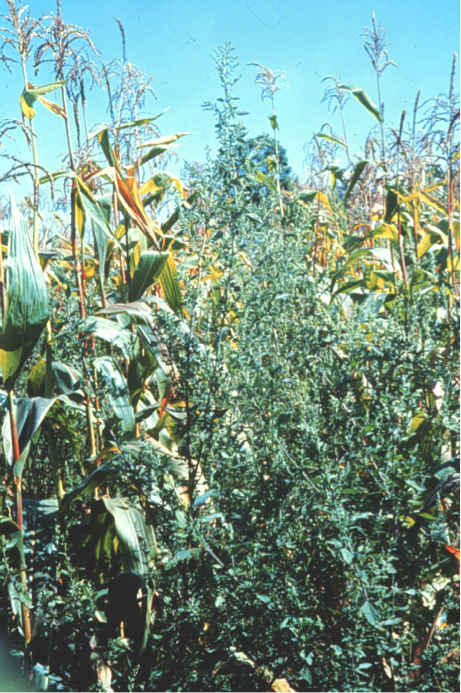 If perennial weeds are growing from the small seeds they produce, they establish more slowly than annual crop seeds. But seeds are not their primary form of reproduction, recall that perennial plants often spread and reproduce via established storage organs such as taproots, tubers, bulbs, and rhizomes (belowground modified stems that store reserves and enable a plant to spread horizontally), or aboveground stolons or storage stem bases. Perennial weeds growing from storage organs can be very competitive with crop plants. If perennial weed storage organs are cut and distributed over a larger area and reburied or partially covered, they can also establish and spread across a larger area. If weed storage organs are left on the soil surface to freeze and thaw over winter or desiccate in mid-summer, then tillage can terminate perennial storage organs. Repeated mowing of plant regrowth may weaken or deplete plant reserves, particularly if it is prior to the end of the growing season when perennials tend to translocate plant reserves to storage organs. Chemical control of perennials is also often most successful at this time when herbicides can be translocated to storage organs. 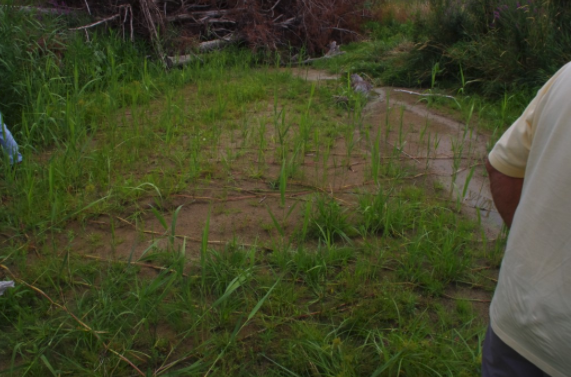 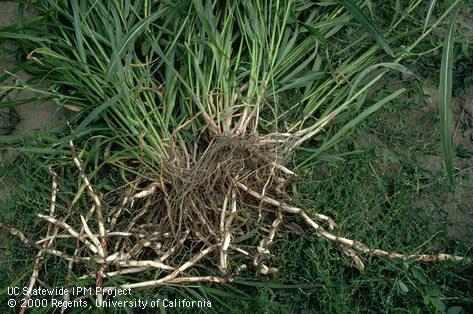 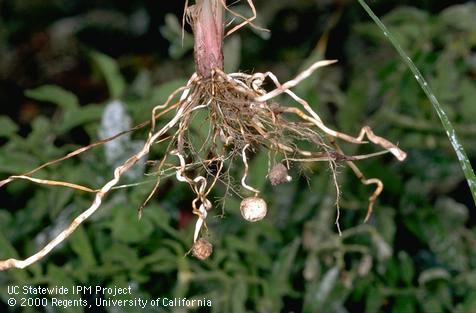