The Arab Spring is the media term for a revolutionary wave of nonviolent and violent demonstrations, violent and nonviolent protests, riots, and civil wars in the Arab world that began on 18 December 2010. To date, rulers have been forced from power in Tunisia, Egypt, Libya, and Yemen; civil uprisings have erupted in Bahrain and Syria; major protests have broken out in Algeria, Iraq, Jordan, Kuwait, Morocco, and Sudan; and minor protests have occurred in Mauritania, Oman, Saudi Arabia, Djibouti, and Western Sahara. Many have asserted that the protests were possible due to the high amount of social media and connectivity that was present in those countries. The range of consequence across Arab dictatorial regimes leaders varied quite a bit but were uniformly severe.

Tunisia’s Ben Ali and Egypt’s Mubarak were removed peacefully, while Libya’s Gaddafi was killed by rebel fighters, Yemen’s Saleh fled his country, and Syria’s Assad has been been winess to a civil war that has left hundreds of thousands dead and millions as refugees.

Would the “Arab Spring” have been possible before 2009? The lack of ICT infrastructure in place before 2009 makes it questionable.

While the capabilities and potentials of advanced ICTs are all fairly obvious, the assumption that the infrastructure is monolithic and uniform with respect to information availability and access is not correct, and it would be misleading not to address this point. Many governments across the planet take serious steps to attempt to limit access of their citizenry to modern ICTs.

Far from being either “the death of distance” (Cairncross) or the “end of geography” (O’Brien), the implementations of modern and proposed ICTs have contributed to a series of disruptive effects on North Africa and will by extension have such effects in sub-Saharan Africa and other parts of the globe as new infrastructure is established. Democracy might be a result – or it might not.

While ICTs conceivably have had effects on the events of the Arab Spring, this does not by extension make them more democratic in their effects when it comes to governing – this will remain to be seen for some time. Digital tools may make it easy to destabilize governments – this does not mean it will make it easier to enable new ones. The capability associated with the implementations of the new ICTs creates a degree of angst among some in the DoD. 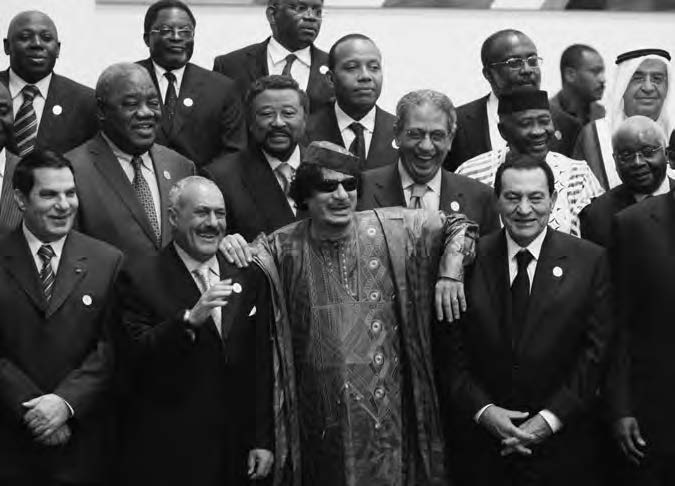 The Arab Spring was planned on Facebook, managed on Twitter, and executed via Twitter and SMS texts. This doesn’t mean that real people did not go down to the gathering places and put themselves at risk to make these events happen – but the presence of new ICT infrastructure made organization possible in a way not possible 10 years ago. Even the recent Kenyan military intervention into Somalia made use of Twitter as a means of broadcasting warnings to non-combatants.

How does the IC “dial in,” monitor and exploit these potential human intelligence sources? The Associated Press reported that the CIA follows up to 5 million messages on Twitter every day, as well as posts to Facebook, news sites, and chat rooms in a constant effort to paint a real-time picture of regions across the globe.

Interest in the potential of using sources of information as collection sources has not escaped the notice of the intelligence community. A competition is currently underway between various academic teams whose goal is to see if forecasting as performed by crowds can provide better insights into world events over a range of topics from disease outbreaks to political patterns. There are multiple approaches being applied, but at stake is millions of dollars in research money from the Intelligence Advanced Research Projects Activity (IARPA) which is part of the Office of the Director of National Intelligence (ODNI). Professors Charles Twardy and Kathryn Laskey have assembled such a team at George Mason University as documented recently in the press. Their goal is to establish a baseline of data to measure exactly how accurately a crowd of subject matter experts might be able to gauge situations potentials in security issues using a phenomenon known as the “wisdom of crowds.”

On November 4, 2011, the Washington Post and Fox News reported that there was a group of analysts at the CIA known as the “vengeful librarians” whose open source mission is to monitor and analyze reportedly up to 5 million tweets a day in multiple languages. The agency’s Open Source Center was established as a recommendation of the 9/11 commission and maintains scrutiny on both social media sources and others in their native languages.

What type of geospatially oriented information can be gleaned from such sources? A developer at ONSTAR named Virender Ajmani runs the blog called MIBAZAAR that has been frequently mentioned in different news stories One site in particular monitors real time tweets from various Arab countries as seen in Figure 27. Topics as diverse as advertising and political statements can be viewed in near real time, collected, and mapped for patterns. 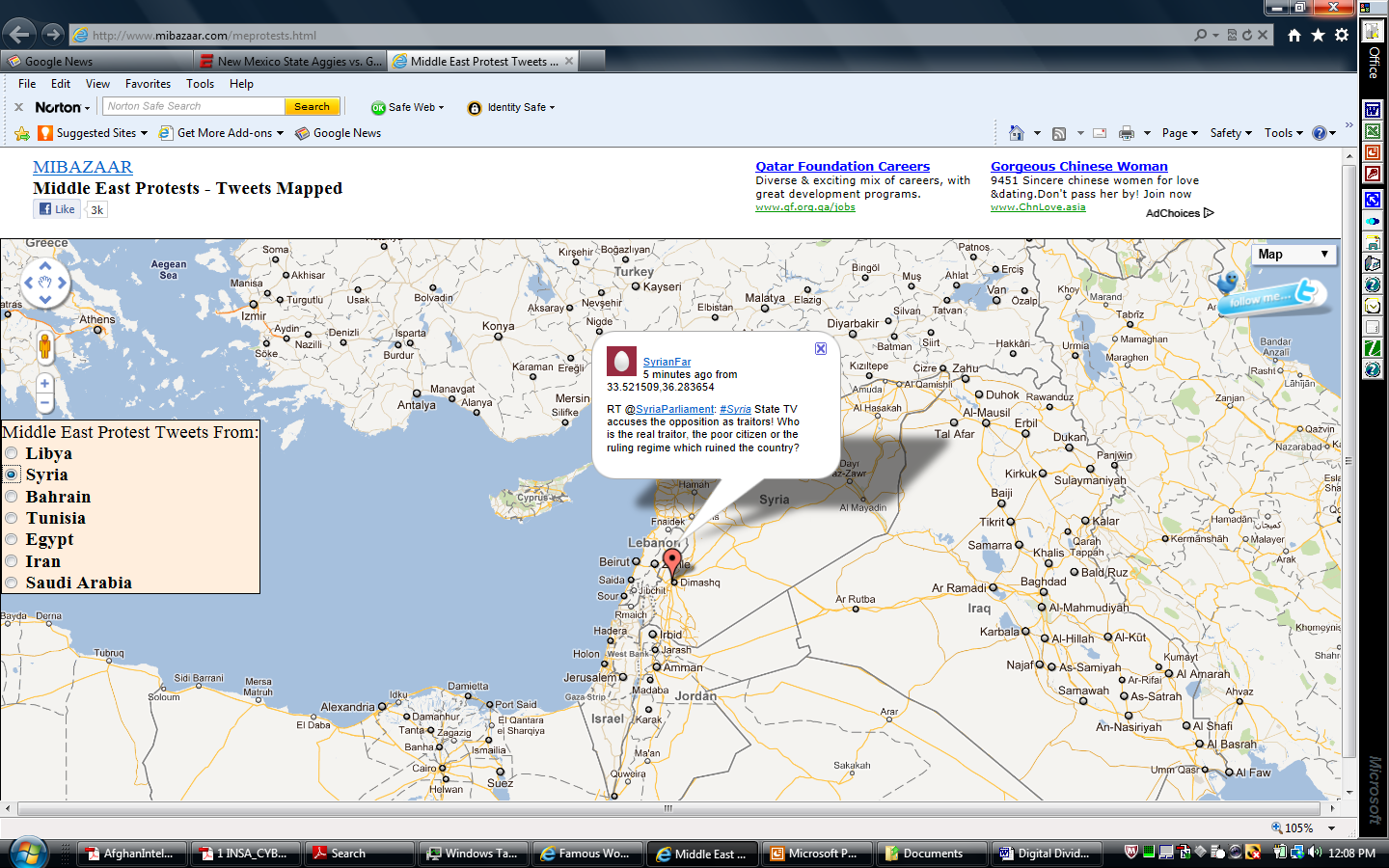 Figure 26. “State TV accuses the opposition as traitors! Who is the real traitor, the poor citizen or the ruling regime which ruined the country?" is an example of a political commentary made presumably by an irritated Syrian civilian in the 120 characters or less available on a Twitter broadcast November 5, 2011. (This site is no longer functioning).Credit: MIBAZAAR.

A series of posts and technologies have occurred in the last few years that have demonstrated the potential of using the outputs of social media technologies as collection sources of intelligence. Kovas Boguta demonstrated the use of a simple monitoring program to provide a visualization of the Egyptian protesters tweets that was concurrent with the ousting of President Hosni Mubarak. He states in his online blog:

“Experts say Egypt is the crystal ball in which the Arab world sees its future. Now that Mubarak has stepped down and Morsi has been removed, I can share the work I've done making that metaphor tangible, and visualizing the pro-democracy movement in Egypt and across the Middle East. It is based on their Twitter activity, capturing the freedom of expression and association that is possible in that medium, and which is representative of a new collective consciousness taking form.”

Figure 27. The map is arranged to place individuals near the individuals they influence, and factions near the factions they influence. The color is based on the language they tweet in. The size of the node reflects the individual influence on the entire network. This is an example of non-georeferenced information concerning an event occurring in a known location. As one Egyptian activist tweeted during the protests: “We use Facebook to schedule the protests, Twitter to coordinate, and YouTube to tell the world.”.Credit: Kovas Boguta.

If such patterns as seen in Figure 26 can be collected and analyzed in a timely fashion, there may be huge potential in the insights that result. While the patterns that emerge in the Egyptian dataset (Figure 27) seem to indicate no particular pattern, when we review the patterns emergent in the Iranian election protests (Figure 28), it is readily apparent that there are key nodes that are communicating and acting as individual nexus of communications. The structure shows the emergence not of a community but of an elite group of leaders. The Iranian intelligence services were interested, but most people did not discover more than one of the top Iranians. The network simply grew faster than the information could naturally propagate. One wonders if a six shot revolver could have collapsed the network had the officials identified all 5 organizers. 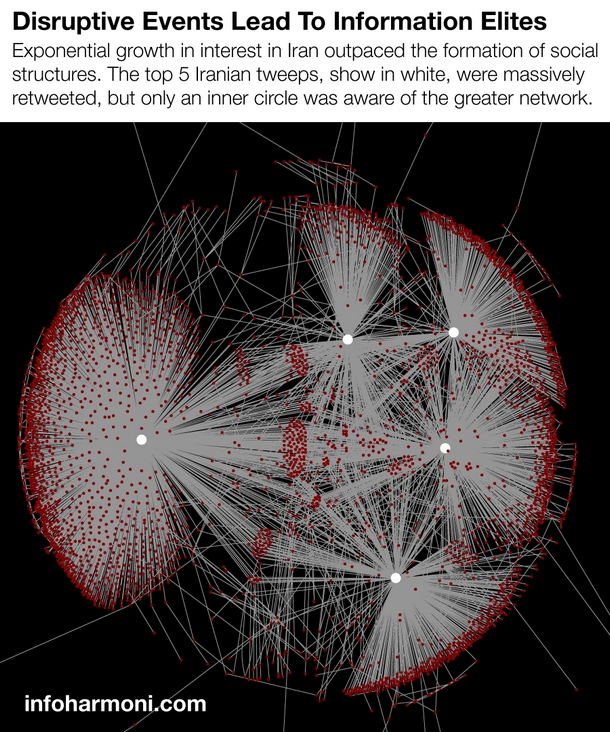 Figure 28. Display of Tweets from key persons in the 2009 Iranian election protest. Note -"tweeps" is a person's followers on the social media website Twitter. Credit: Readwriteweb.com.

While not an inherently spatial visualization, the diagrams of tweets in Figures 26-28 nonetheless have a geographic underpinning. The tweets are originating from “somewhere” and are being rebroadcast to “somewhere else.” It is not a matter of much conjecture to imagine that the identity of the 5 identified super-nodes in the Figure above has intelligence value to the Iranian secret police. Gathering such intelligence, identifying the physical location (as well as the identity) of the persons associated with the nodes would hypothetically prove beneficial to one set of parties and potentially harmful to another. Being able to manipulate the traffic might have similar associations.