Unlike Earth, maps are flat. Though Earth can also be represented as a globe, globes are inconvenient, expensive, and challenging to design. Maps are much more convenient: they are easier both to produce and to reproduce, and are better suited for displaying detailed data. The process of transforming latitude and longitude values from the 3D earth onto a 2D surface (a map) is called map projection. 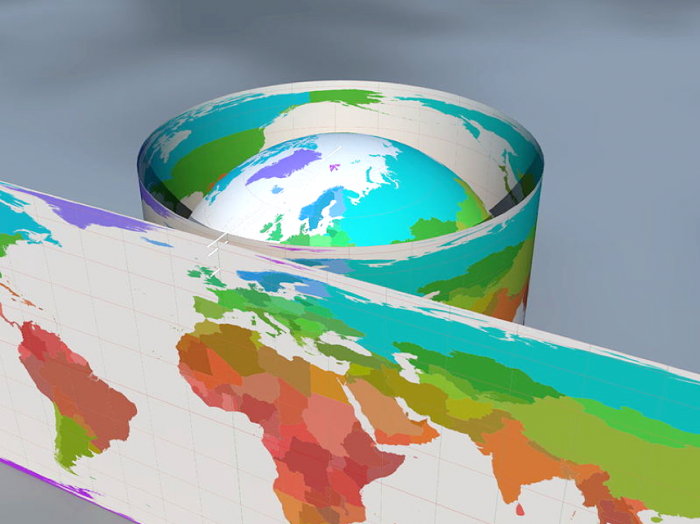 In the past, cartographers were tasked with projecting maps by hand. Fortunately, GIS software such as ArcGIS is now able to perform this task of projection for us mathematically. Though manual map projection is uncommon today, terms from this era of map production are still in use and are helpful for conceptualizing how the process of map projection works.

To create a map, cartographers transfer a model of the earth as it appears on a reference globe to a developable surface.

A reference globe is a model of Earth (including landmasses, oceans, and the graticule) at some chosen scale, which is the final scale of the map to be created (Slocum et. al 2009). This projected map is thus modeled from an imaginary scaled-down version of Earth.