There are many projections to choose from, as well as many options for customizing the projection you choose. Before you decide, it will help to understand the characteristics of different projections. Projections are generally defined by their class, case, and aspect. All three of these characteristics refer to the way in which the developable surface relates to the reference globe. 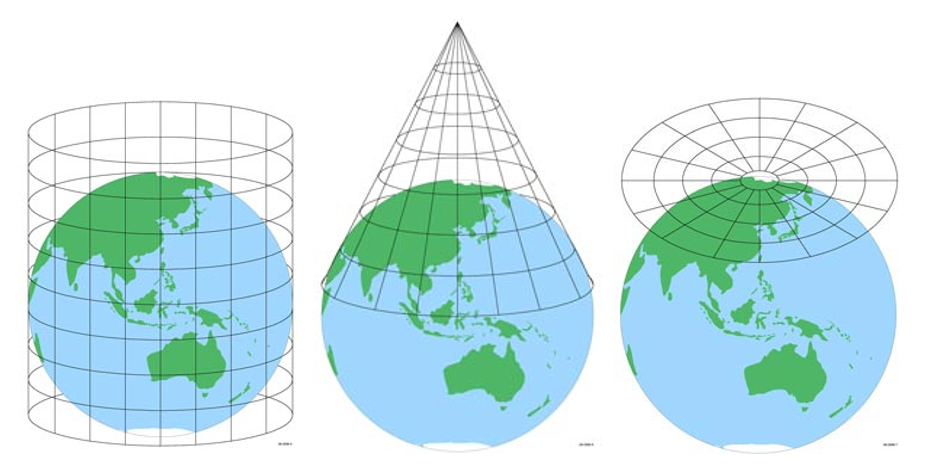 Which class of projection you use will depend, among other factors, on the location of the region you intend to map. Planar projections, for example, are often used for polar regions.

As shown by the figure below (Figure 5.4.2), a map will contain no distortion at the location where the reference globe touches the developable surface, and distortion increases with distance from this location.

Figure 5.4.3 illustrates the difference between a tangent and secant projection.

No matter what its class, case, and aspect, all projections have distortion. Just by nature of transforming from a 3D globe to a 2D projection, distortion is inevitable. Different projections, however, have different types of distortion. In the next section, we discuss these differences.

‹ Projecting the Earth up Projection Properties ›
GEOG 486: Cartography and Visualization