Two common map projections used in the United States are the Lambert conformal conic and transverse Mercator. The Lambert conformal conic, as its name suggests, is a conformal (preserves local angles) projection that uses a cone as its developable surface. The name “Lambert” is from its inventor—Swiss scientist Johann Heinrich Lambert. Conic projections are particularly useful for mid-latitude regions with primarily East-West extent, such as the United States. 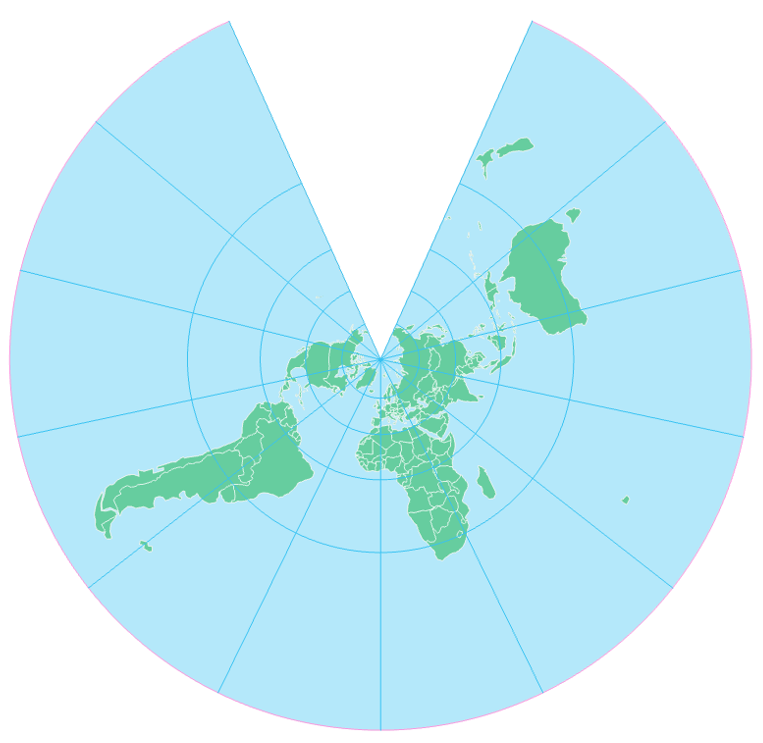 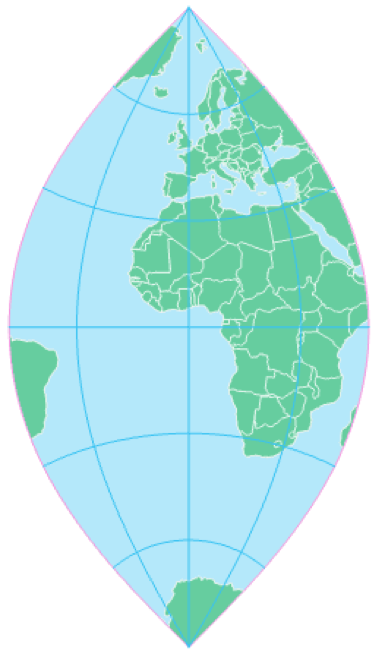 These two projections are used in the State Plane Coordinate System (SPCS), a coordinate system designed for use in the United States. The SPCS is useful for some mapping tasks such as local government planning, as these coordinate systems have been designed to be highly accurate within each zone. Problems can occur, however, when areas of interest cross a zone boundary: this requires that at least one set of data be transformed so that proper GIS analysis can be conducted. 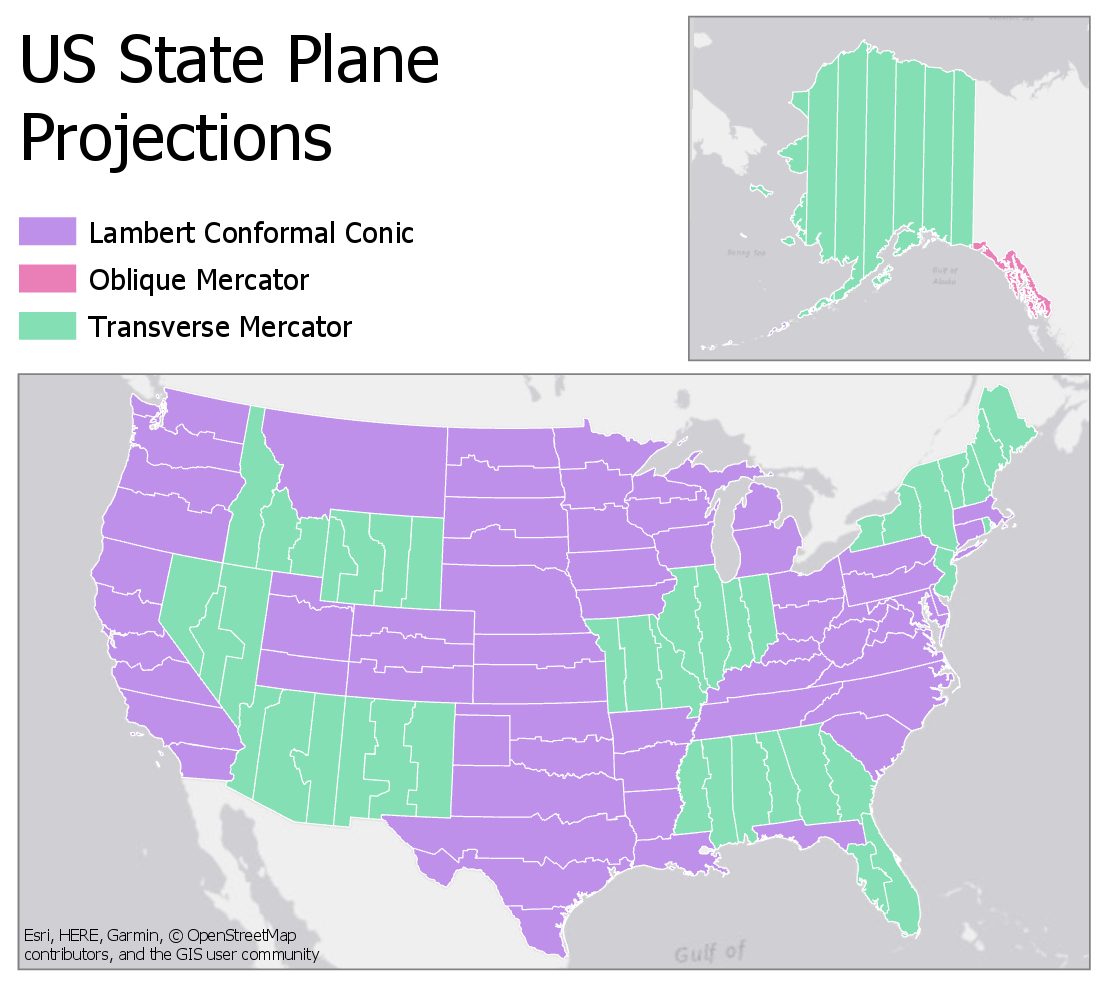 As shown, the transverse Mercator is used in states with a primarily North-South extent (e.g., Vermont, New Jersey) or in locations where the state is usefully divided into multiple North-South extent (e.g., New York). The Lambert conformal conic projection is similarly used for East-West extents. Some states, such as Florida, use both (Lambert conformal conic is used for the Florida panhandle). The oblique Mercator is used only in one case—the Alaska panhandle—as this region has an extent that is neither North-South nor East-West.

Another popular coordinate system is the Universal Transverse Mercator (UTM). The system divides the world into 60 zones, each of which covers six degrees of longitude. The set of zones that covers the US is shown in Figure 5.7.4. 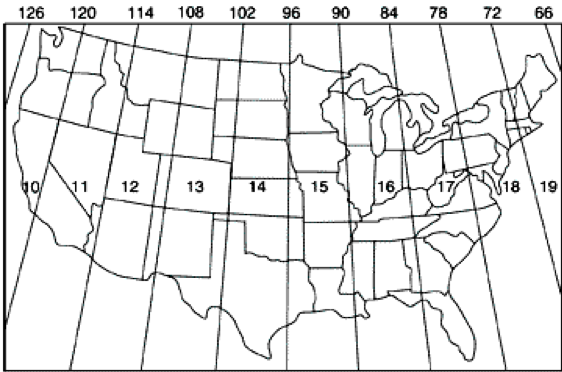 Each UTM zone uses a secant transverse Mercator projection with unique parameters based on the longitudes of its bounds. As the Mercator is a conformal projection, local angles are maintained. Areas and distances are distorted, but the use of secant projections and the somewhat small size of the zones keeps this distortion low – at about 1 part in 1,000. The larger size of these zones means that they are more likely than SPCS zones to cover the entirety of a local area of interest, though recommendations exist for adjusting maps in cases where a mapped area overlaps multiple zones. UTM's worldwide coverage also makes it useful for creating maps that are shared around the world, and it is widely used in military applications.

‹ Choosing a Projection up Flow Mapping ›
GEOG 486: Cartography and Visualization