Carl Sauer and the Cultural Landscape

Carl Sauer was probably the most influential cultural geographer of the twentieth century. Sauer was born and raised in a German (Protestant) farming community in rural Missouri, and attended Wesleyan College in the town of Warrenton. After completing his undergraduate degree, he eventually completed his graduate work at the University of Chicago. For several years, he taught at the University of Michigan, and then, in 1923, moved to the University of California at Berkeley. Throughout his productive career, he always maintained his love of rural places, simple economies, and ancient cultures. Accordingly, he was a constant critic of the wasteful and destructive practices of modern society, and over the years, he grew increasingly convinced that modern civilization cannot be sustained. In addition to his many insightful publications and seminal works, Sauer directed more than forty Ph.D. dissertations in geography. Many of his students went on to make immense contributions to cultural geography as well.

Sauer’s work is characterized by a focus on the material landscape tempered with an abiding interest in human ecology, and the damaging impacts of humans on the environment. Additionally, and of equal importance, Sauer worked tirelessly to trace the origins and diffusions of cultural practices such as agriculture, the domestication of animals, and the use of fire.

Although there is no question that Sauer’s contributions to cultural geography are of great worth, some also criticize him for an anti-modern, anti-urban bias. Even so, his efforts to correct the inherent flaws associated with “environmental determinism” greatly strengthened the discipline of geography, and cultural geography in particular.

In 1925, Sauer published The Morphology of Landscape. In this work, he sought to demonstrate that nature does not create culture, but instead, culture working with and on nature, creates ways-of-life. He considered human impacts on the landscape to be a manifestation of culture. Therefore, he argued, in order to understand a culture, a geographer must learn to read the landscape.

Sauer looked at “culture” holistically. Simply put, Sauer regarded “culture” as a way of life. Sauer, however, did not fully develop an explanation of what “culture” is. Instead, he left it to anthropologist Franz Boas to debunk “environmental determinism” and “social Darwinism” and to call for the analysis of cultures on "their" own terms (as opposed to using a hierarchical ranking system). Although mildly rooted in “cultural relativism,” he was not interested in necessarily justifying cultural practices. To the contrary, he simply wanted to eliminate the application of personal biases when studying cultures (as in Mitchell, Don, Cultural Geography: A Critical Introduction). 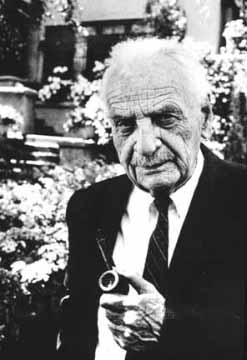