The Importance of Agriculture in the U.S./Mexico Border Region

On the U.S. Side of the Border

Agriculture is an important enterprise in the U.S./Mexico Border Region. In California, Arizona, New Mexico, and Texas, farm enterprises make significant contributions to local economies. Primary agricultural centers are located in San Diego and Imperial counties in California, and in Yuma County, Arizona. Here, expansive agribusiness enterprises are supported by water that comes from the Colorado River. Hidalgo County, Texas is also a major farming area in the Southwestern United States.

On the Mexican side of the Border 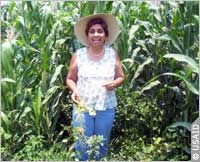 On the Mexican side of the Border, irrigated agriculture is growing in importance. The Mexican government now views agriculture as a primary engine of economic growth. As Mexican farms increase output, they also demand more water and use more chemicals. This, in turn, places increasing strains on the regional environment.

Farming along the border generally requires large inputs of water and fertilizer in order to be profitable. Currently, agriculture accounts for 58% of water withdrawals in the region. Therefore, as urban centers continue to grow, competition for water between urban and agricultural uses will become a growing point of friction. Additionally, the use of chemicals by modern farm enterprises pollutes the region’s water sources.

Currently, the governments of Mexico and the United States subsidize commercial farming along the border. Given the growing potential for conflict over access to water, it may be necessary for the governments of both nations to reconsider their support of commercial irrigation agriculture in this area.

The U.S./Mexico Border Region includes vast expanses of desert-shrub and upland range that have supported cattle and sheep operations for nearly two centuries. In general, the aridity of the area greatly restricts the carrying capacity of the land for cows and sheep. As a result, ranches on both sides of the border are usually very large and include thousands of acres of open range.

In the U.S./Mexico Border Region, grazing lands are primarily characterized by hot-desert and intermountain plant communities. At higher elevations, shrubs, grama and other grasses, as well as scattered trees including juniper, oak, and pine provide the lion’s share of the ground cover. In the deserts, grazing areas are covered with a variety of grasses sometimes shaded by cacti, shrubs, and mesquite. In the driest margins, the grasses are short and sparsely scattered over the desert pavement.