After Adam Smith defined the basics of capitalism (in particular, the importance of supply and demand), David Ricardo refined Smith’s observations. Ricardo’s view however was based on a relatively pessimistic assessment of the future. He believed that the population of the world would increase at a rate that would soon overwhelm production. In order to postpone the devastation that such a situation might bring, Ricardo developed an economic model based on achieving abstract equilibrium. He centered his model on the assumption of a harmonious society that could be achieved by the economic rationality of people. For his ideas to work, Ricardo put forth the notion of an equilibrium wage rate. He argued that wages are determined by scarcity and the costs of subsisting. As demand for labor increases, the supply of labor responds thereby setting up a system in which workers receive a natural wage that is set by the cost of subsisting. After all, workers can’t actually do much if they do not have enough material well-being to survive. This, Ricardo said, is the iron law of wages. In other words, Ricardo believed that over the long run, workers could never earn more than a subsistence wage, but they could not earn less than that either. Moreover, he also believed that governments and/or unions could not do much about this, because natural economic laws would frustrate such efforts.

In Ricardo’s time (the early 18th century), agricultural was the dominant occupation. Therefore, landlords were the primary focus of his growth model relative to market systems. He noted that when the population of a region is small, only the best lands are cultivated, but as the population grows, people are forced to cultivate less productive lands. Because of this, farmers will pay in order to gain access to the more productive lands. In this way, economic rent is generated. If the supply of the most productive land was without limit (ubiquitous), there would be no value to the land, and it would therefore not generate any rent (this reflects the essence of the law of scarcity; that is that the more scarce a desirable resource, the more it costs).

Ricardo went on to note that as landlords make profits, they want to purchase consumer goods thereby creating demand for manufactured products. To make these products, firms must hire labor, and this provides economic opportunity for many more people. In response to the growing population, the less desirable lands must be brought under cultivation. When this happens, landlords can charge even more for the best lands, and at the same time, growing food prices make it necessary for manufacturers to pay higher wages in order to meet minimal subsistence standards. This, in turn, eventually causes firms to make smaller profits because there is a limit to the amount of additional costs that can be passed on to consumers. As a result, less money is available for industrial growth, and the system eventually slows down to the point that it reaches a relatively pitiful stationary state.

In Ricardo’s rather dismal model, only the landlords seem to prosper. Eventually, everyone else comes to a point where minimal subsistence is about as good as it will ever get. Much of this is very similar to the ideas of population growth set forth by 19th Century, Methodist minister, Thomas Malthus, who argued that the potential for population growth will eventually outstrip the earth’s carrying capacity, thereby condemning people to lives of poverty, war, and misery.

Ricardo also advanced the notion of laissez-faire economics. He argued that in a totally free-enterprise economy, international specialization and the division of labor between major centers and satellite countries is advantageous to all concerned. In a laissez-faire economic system, governments resist all temptations to regulate the economy. In such an environment, only comparative costs matter because the need to develop products at the least possible costs in order to enhance sales and profits leads to the most effective use and allocation of resources. Moreover, Ricardo noted that some places are better suited to making a specific product, whereas others have a comparative advantage relative to something else. Thus, if Arizona can make and sell widgets for $1.00 each (and we all know that widgets are essential items), whereas New Mexico can manufacture and sell a widget for $10.00, Arizona clearly has the advantage in widget production. On the other hand, if New Mexico can manufacture and sell framii for $1.00 each (and we all know that framii, too, are essential items) whereas Arizona must get $10.00 for a framus, New Mexico has the comparative advantage relative to framii production. In such a situation, the best natural outcome will be for Arizona to specialize in widget manufacturing, and for New Mexico to specialize in the manufacturing of framii. After all, it will serve everyone’s interest because, with specialization, the people of Arizona and New Mexico will be able to purchase a combination of these essential items at a lower costs than if they were forced to buy only the things manufactured in their own state. For example, if Arizona residents had no choice but to purchase a widget and a framus made in Arizona, the total cost would be $11.00. If, however, they could purchase a widget made in Arizona for $1.00 and a framus made in New Mexico for $1.00, their total individual costs for these essential items would be $2.00. The same would be true for the people of New Mexico, except they would save on the purchase of the Arizona-made widget. By specializing in this way, everyone is better off. 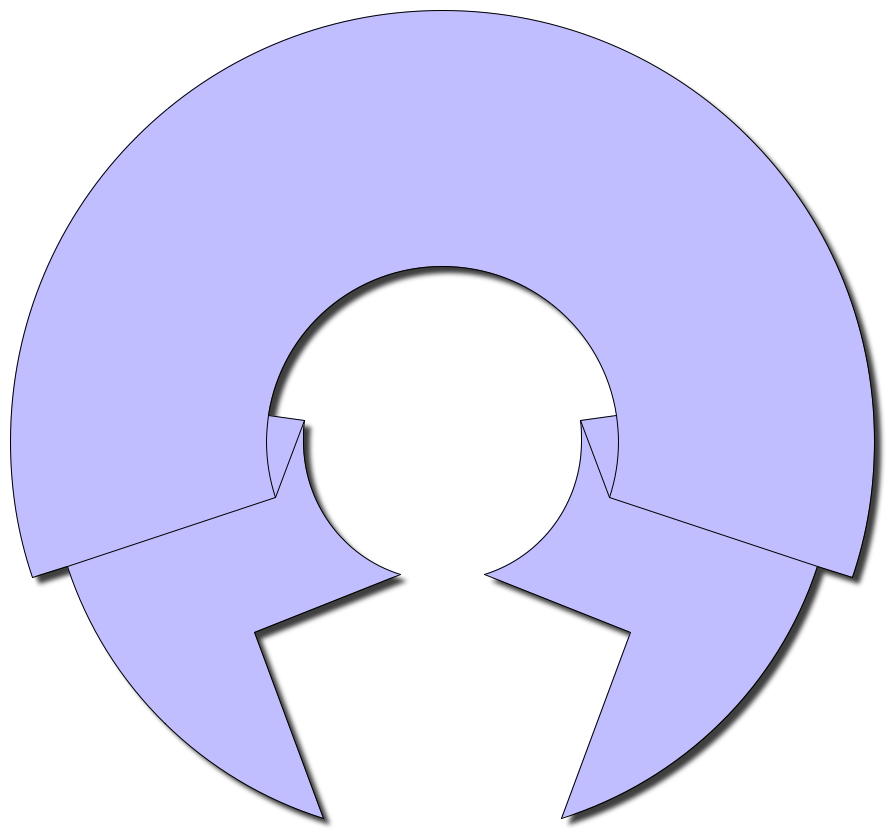 Contrast and compare Adam Smith’s view of economics with that of David Ricardo.

ANSWER:
Smith defined the basic foundations of capitalism (supply and demand) while Ricardo postulated the iron law of wages. In Ricardo's pessimistic view of economics, the human population of the world would always overwhelm the earth’s ability to support it. Therefore, he reasoned that goods and resources would always be dear while labor would be ubiquitous. Thus, workers would seldom be able to rise above a basic subsistence existence.
‹ Introduction up The Marxist View ›
GEOG 597i: Critical Geospatial Thinking and Applications