The Rank Size Rule According to Zipf

Trade center hierarchies are reflected in the complexity of their functions, and in their size relative to other centers. In order to construct an “urban-size hierarchy,” urban centers must be ranked by population size. The best known effort to create such a hierarchy is the rank-size rule developed by G.K. Zipf in 1949. At its most basic, the Zipf’s formula is as follows:

Pr=P1/P2 n where Pr= the population of the rth city, P1 = the population of the largest city, and r = the size rank of the rth city in the set. When plotted on double logarithmic graph paper, this creates a straight, but downward sloping line (gradient of 45 degrees). This theoretical rank-size distribution consists of a few large metropolitan areas, a large number of medium-sized cities, and a very large number of smaller communities. 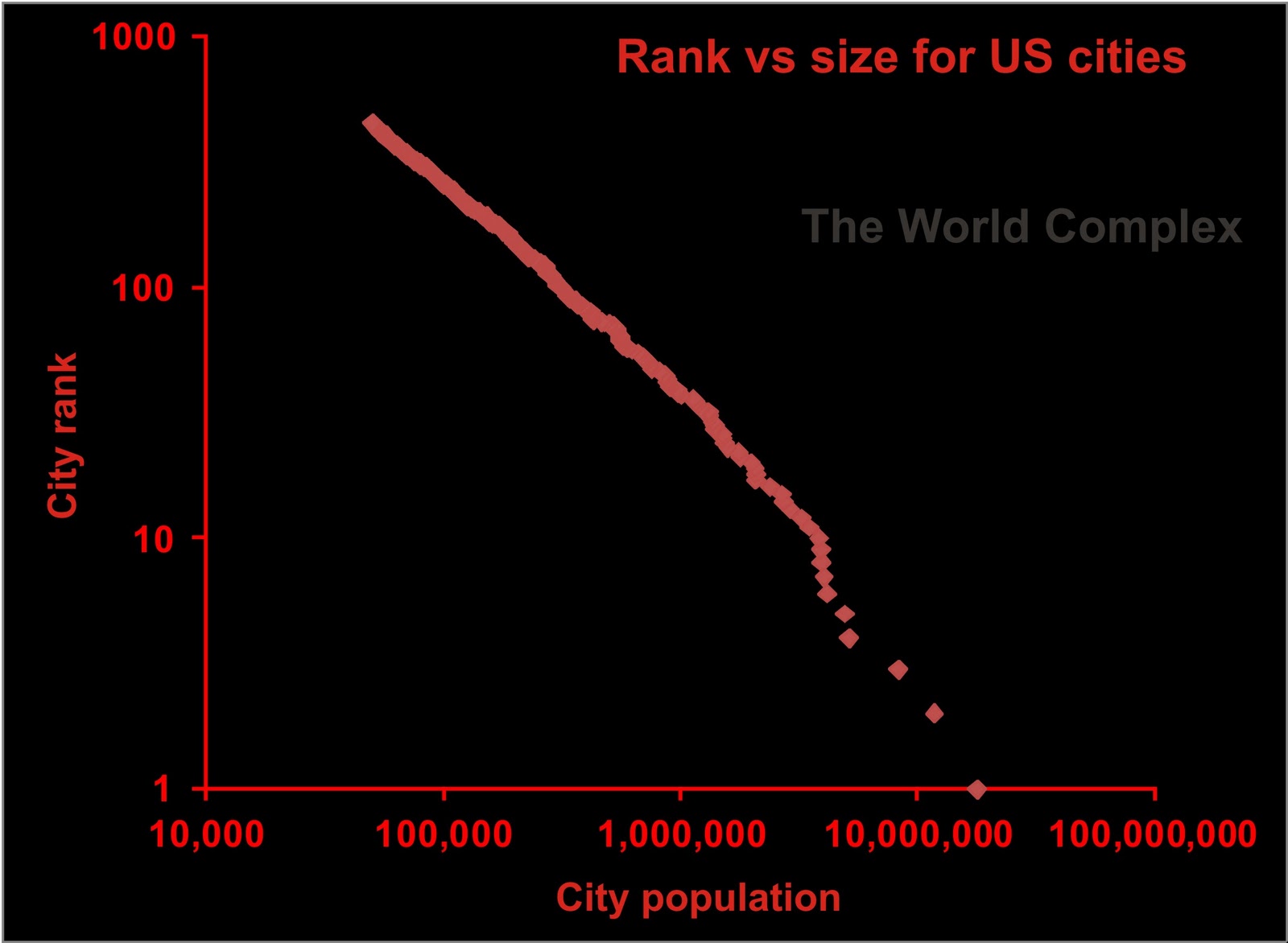 Zipf believed that a rank-size distribution is the result of a balanced system for cities. This however does not always account for the immense populations of metropolitan areas such as London, Paris, New York, Los Angeles, Moscow, and Shanghai. For this reason, in 1961, Brian Berry attempted to evaluate city-size variations and distributions by comparing 37 countries. As a result of his research, he found that thirteen nations exhibited rank-size distributions, fifteen nations exhibited primate distributions (one very large city with many smaller centers around it), and nine countries had intermediate distributions (a number of intermediate cities). Berry suggested that simple explanations cannot accurately account for differences in the types of city-size distributions. This is so, he argued, because numerous factors act randomly over a long period of time to produce a rank-size distribution in a given area (e.g., imperialism, capitalism, communism, etc.). Berry believed that as nations develop and become more socially and economically complex, they are more likely to conform to Zipf’s rank-size rule. Nevertheless, he noted that some underdeveloped nations have one very large city and, for all practical intents and purposes, no intermediate centers of any kind. On the other hand, other underdeveloped nations have a full complement of centers from the very large metropolitan areas to the smallest hamlets. Often, those nations with a huge primate city that is many times larger than any other urban place in the nation are ruled by authoritarian governments that control settlement patterns.

What is Zipf’s rank-order model?