Recently, the Tesla Company announced that it would build a giant new factory in the Nevada desert, where it would manufacture batteries on an enormous scale. Because the factory is so large, it’s a good example to use to differentiate between three types of workforce that are commonly used in analyses of economic impacts, like in the Washington Post article or in the other studied referenced earlier in this lesson.

Construction workers will be needed to build the Tesla facility, and once it’s built it will need to be staffed with factory workers, administrative assistants, a cleaning crew and so forth. These are all examples of the direct workforce needed to sustain Tesla’s factory.

When Tesla hires people to work at its factory, those people earn wages that are then spent on other things like entertainment, health care and so forth. To the extent that the dollars earned by Tesla workers are re-circulated into the Nevada economy, these dollars help to support other jobs. In cases of very rapid build-up of industrial activity (as has happened with unconventional natural gas drilling in Pennsylvania, for example), entirely new businesses can sometimes spring up to serve new workers. These are all examples of the induced workforce that might be associated with Tesla’s factory.

Measuring the indirect and induced workforce can be tricky as we’ll see, but there is no doubt that these impacts are real. For example, bringing a single natural gas well on-line requires hundreds of people across dozens of occupations, as shown in the summary of direct and indirect workforce needs for natural gas wells in Figure 1. Only around one of out of every five of these workers are actually at the drill site (and would thus be considered part of the “direct” workforce). 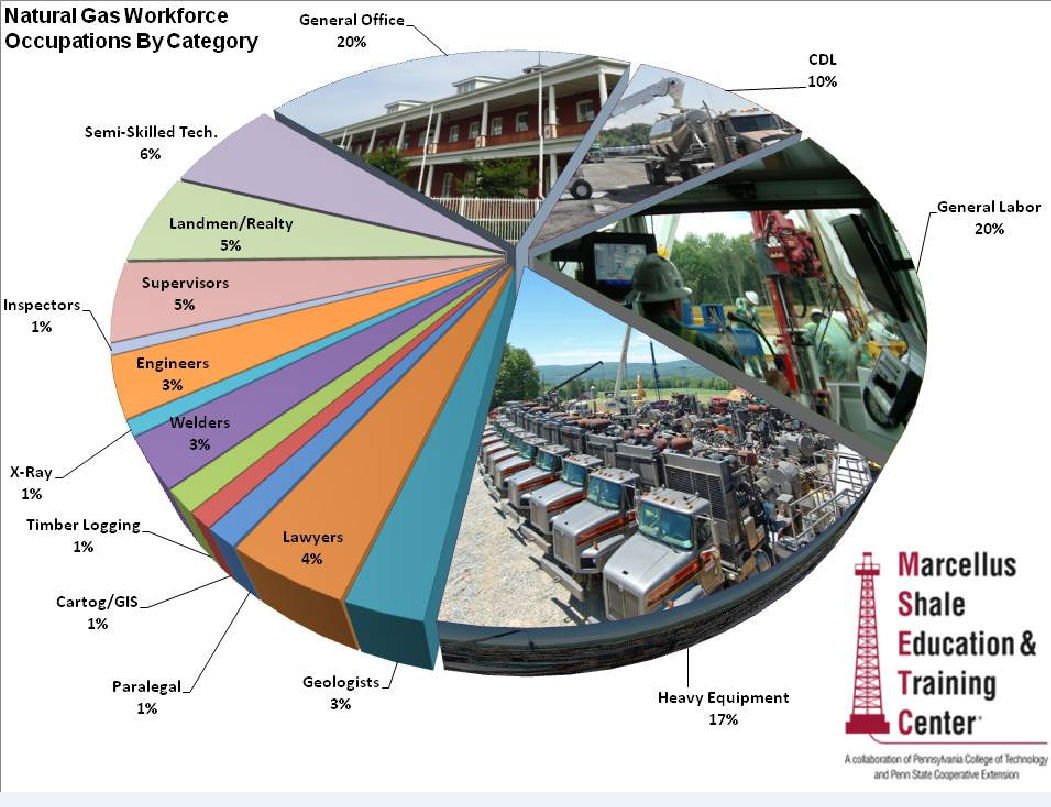 Some of the induced impacts can be very apparent as well, and are often concentrated in service sectors. Figure 2 shows the growth of tax collections by the hotel industry in three Pennsylvania counties that have been the locus for unconventional gas drilling. The growth in tax collections, at least through the peak in drilling activity through 2013, tracks with growth in the number of wells being drilled and coming on-line in those three counties. 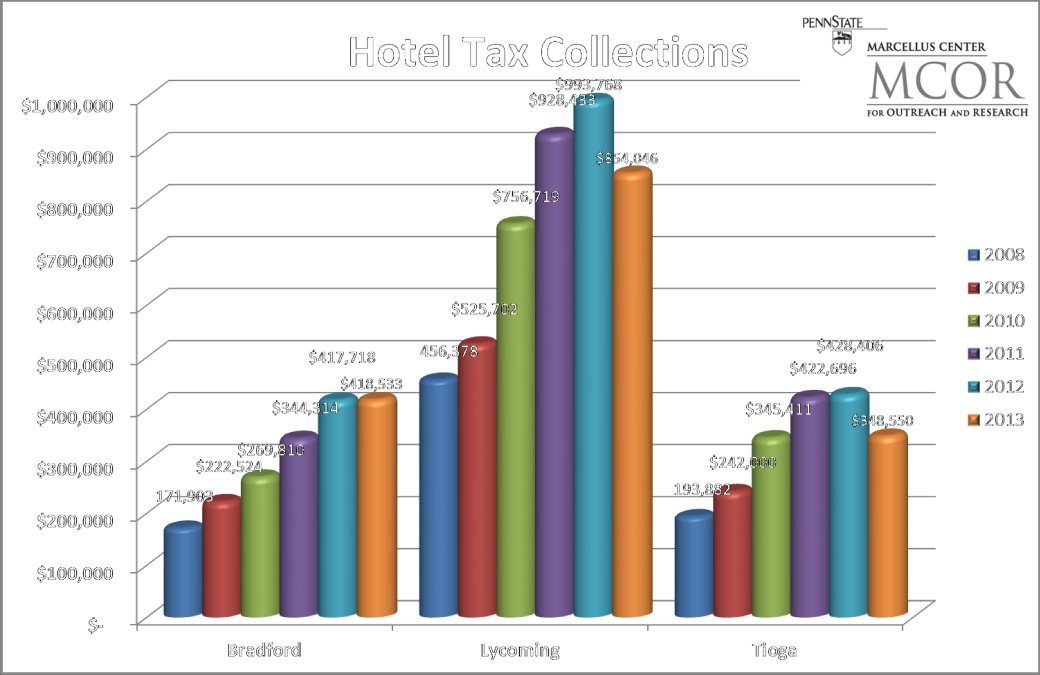 ‹ Jobs, Jobs, Who’s Got the Jobs? up The Ins and Outs of Workforce Impact Modeling ›