The Ins and Outs of Workforce Impact Modeling

So, where do all these numbers come from? Most studies of workforce impacts utilize a method known as “input-output modeling.” They use data from the U.S. government to identify how much money flows between different economic sectors in a given year. For example, drilling a natural gas well requires spending a certain amount of money on concrete, electricians and so forth. The U.S. government collects this data from companies that develop natural gas wells and assembles it into gigantic databases. Calculating the workforce impacts amounts to using these databases to see how a dollar invested in one industry trickles through other industries. This process is described in Figure 3, using the Pennsylvania Marcellus Shale as a visual backdrop. 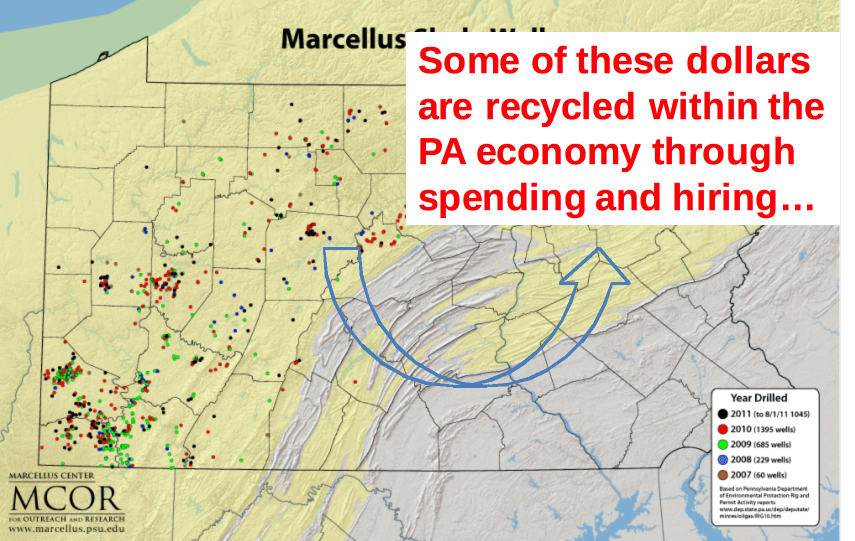 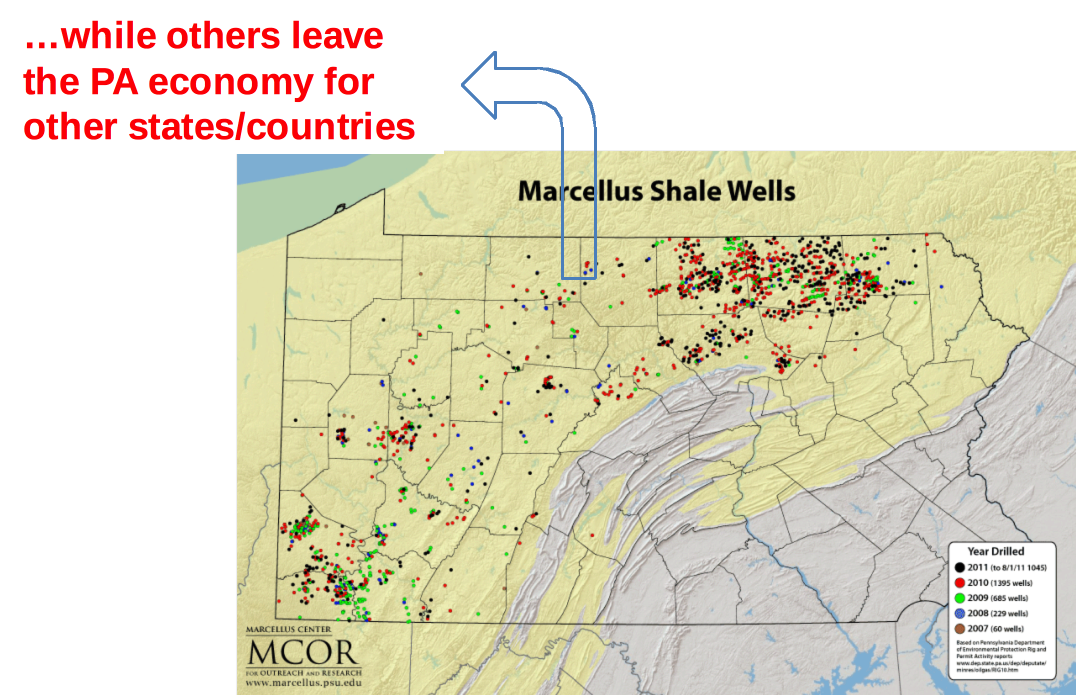 Figure 3. The process of input-output modeling
Source: Marcellus Center for Outreach and Research

Input-output models can be used to estimate both direct, indirect and induced workforce impacts because the databases collected by the government include data on consumer spending and saving. For example, suppose that the natural gas industry spends ten million dollars within Pennsylvania on a new well. The input-output tables might tell us that for every ten million dollars spent within the natural gas industry, one million of those dollars are spent on construction workers. Those workers represent a direct economic impact. Then, those same input-output tables are used to see how the construction industry spends one million dollars. They might tell us that for every million dollars spent by the construction industry, one hundred thousand dollars are spent on cement. This expenditure on cement would represent an indirect economic impact.

Input-output models are the best tools that economists currently have for estimating workforce impacts associated with any industrial activity, not just in the energy industry. Calculating the direct workforce associated with a specific energy project can be done without input-output modeling (the study referenced above by the Marcellus Shale Education and Training Center is one good example of how this is done) but getting a handle on the size of spillover effects to other sectors of the economy usually requires something like an input-output model.

Below are some caveats to keep in mind when reading about “jobs studies” that use input-output modeling. As an exercise, go through some of the studies referenced earlier in this lesson with these caveats in mind. How do you think these studies handled these issues?

Input-output modeling is as much of an art as a science, because the models themselves can’t differentiate between short-term and long-term workforce needs. That is up to the person performing the study. As an example, let’s go back to the article from the Washington Post about the Keystone XL pipeline. The pipeline itself would not have taken that long to build, and once built would not require that many people to operate. So, the workforce size figure of 42,000 jobs probably refers to the size of the workforce involved in building the pipeline and supporting the workers building the pipeline, not a long-term indication of employment opportunities that the pipeline would create.

The study on a natural gas pipeline in Pennsylvania referenced above (the Atlantic Sunrise pipeline study) is an example of one that does differentiate between the short-term workforce and long-term workforce needed to build and operate a pipeline project.

Input-output models themselves cannot capture where workers or money come from, only that they exist. If many workers are brought in to a drilling site from far away, for example, they may spend less money locally and bring more money back to their home location. Input-output models cannot capture the extent to which this happens, since the models use data from the past to estimate the size of some future workforce.

The first three caveats would all seem to suggest that input-output models may, in some cases, overestimate workforce impacts, making energy projects look better economically than they actually are. We’ll end our discussion with a way in which input-output models may actually underestimate workforce impacts. Sometimes growth in one industry can spur growth in other related industries – for example, one of the reasons that Tesla chose Nevada for its battery factory is the very low cost of electricity in Nevada. Low-cost energy, particularly natural gas, is a factor in location and expansion decisions for some manufacturing industries such as plastics and chemicals. Rapid expansion of natural gas drilling in an area may induce new growth in industries with high demand for natural gas. But if these industries did not exist in a region prior to natural gas drilling, or were not very large, then input-output models cannot capture the growth and scale-up that might occur.

On the other hand, it is true that if the growth of natural gas drilling caused other industries to shrink or disappear altogether, then this economic contraction would not be reflected in an input-output model.

No study of economic impacts is perfect, but good studies are transparent about the type(s) of workforce impacts they are claiming to measure (direct, indirect, and/or induced), the data that they used, and any limitations of the study itself.

Two of the three studies cited in this lesson (Pennsylvania Green Jobs Report and the Pennsylvania Marcellus Workforce Needs Assessment) are focused only on the "direct" workforce - those people that work to erect renewable energy facilities, make homes and businesses more energy-efficient, and engage in drilling natural gas wells in Pennsylvania. These studies do not claim to measure indirect or induced economic impacts and so are more limited in their scope.

The study on the Atlantic Sunrise Pipeline comes closest to capturing the total workforce impact of a large-scale energy project in Pennsylvania. It uses an input-output method and differentiates between the short-term impacts (the workforce needed to actually build the pipeline) and the longer-term impacts associated with the pipeline's operations. While the study did capture the differences in overall economic impacts from two different employment scenarios - one with a higher proportion of local workers versus another with a higher proportion of out-of-state workers - it was not able to say anything about how likely it was that a more or less local population would be hired for pipeline construction. Moreover, it assumed that historical spending habits of local workers versus non-local workers would persist during the pipeline project. The results of this particular study should thus be taken in light of the third and fourth caveats from the lesson - that input-output models can have a hard time differentiating between the impacts of local and non-local workers, and that the impacts from the Atlantic Sunrise study may not necessarily be the same as the impacts of other pipeline projects in the future.
‹ Direct, Indirect and Induced Economic Impacts up Check Your Understanding ›