Because we are ultimately focusing on oil and gas formation, let’s take a closer look at sedimentary rocks. Oil and gas typically form in sedimentary rocks, and get trapped in the pore space within the rocks. But first, how do we get from loose sediment like we might see in a stream or on the beach to solid rock?

We’ll focus on clastic sedimentary rocks, since that’s where oil and natural gas most commonly form. Below is a schematic of the depositional environments in which sedimentary rocks form. One way to think about depositional environments is by the size of the sediment at that location. Notice that sedimentary rocks and the flow of water often go hand in hand - this is because sediment is commonly transported by water. As sediment is moved, it weathers. A large boulder that breaks off of a mountainside becomes smaller and smaller as it collides with other boulders, forming gravel in mountain streams, and sand on beaches. Eventually, the smallest fragments of the boulder might make it out to the deep ocean, settling to the ocean floor when there is no longer enough energy in the flow of water to keep the sediment moving.

Schematic of grain size and energy/distance from source 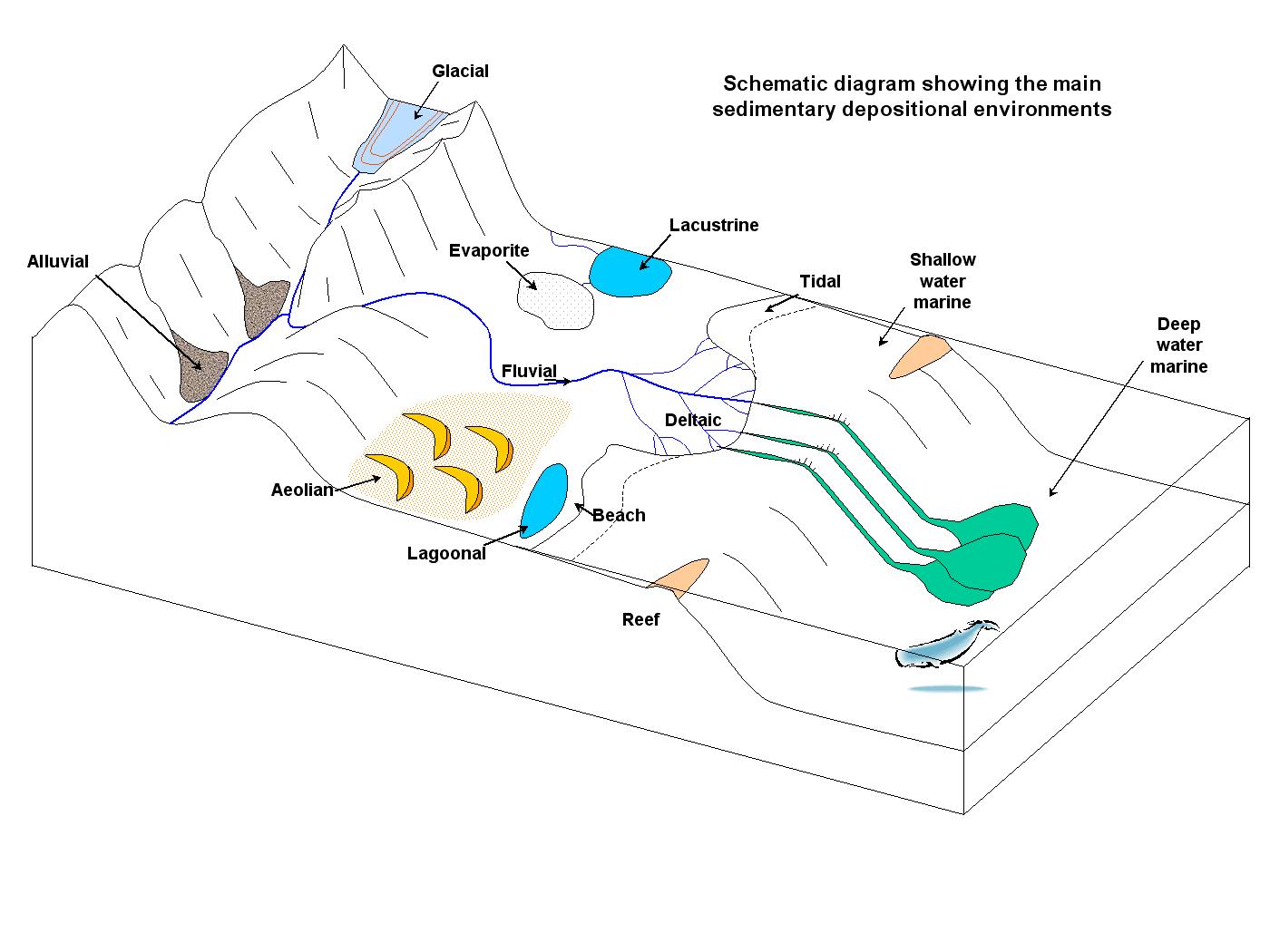 Schematic of compaction and cementation

In order for a sedimentary rock to form, the deposited sediment must be preserved. Burying the sediment with other sediment usually does this (sand is heavy!).  Eventually the buried sediment is lithified (converted into a rock) through compaction and cementation. Compaction is a physical process that involves compressing loose grains. Cementation is a chemical process in which dissolved ions precipitate in the space between grains, forming a “bridge” between the previously loose grains and binding them together.

Oil and natural gas are typically found in a sedimentary rock called shale. Shale is formed at very low energies, and of very fine-grained sediment. In which depositional environment do you think is it likely to form?

Deep Marine
‹ The Principles of Geology up Assessment ›