Finally, let us consider another intriguing, but also quite controversial geoengineering scheme: iron fertilization of the oceans. Like CCS and Air Capture, this scheme attempts to slow or reverse the buildup of CO2 in the atmosphere. Unlike those schemes, however, it accomplishes this amending the natural carbon cycle.

Phytoplankton in the upper ocean play an important role in the marine carbon cycle, taking up CO2 from the atmosphere during the process of photosynthesis —this is the first step in what is known as the marine biological pump; the phytoplankton are consumed by other organisms, including those which form calcium carbonate skeletons. When those organisms produce waste or die, they transport their carbon into the deep ocean (by sinking to the bottom), providing a means of long-term carbon burial. Thus, in principle, one might be able to increase the burial of carbon in the ocean by increasing the productivity of phytoplankton.

In many regions, the primary limitation on phytoplankton productivity is the availability of key nutrients and iron in particular. This can be seen during the natural phenomenon of phytoplankton "blooms". These natural explosions of phytoplankton activity are typically caused by a sudden increase in availability of nutrients, such as iron, nitrogen, and phosphorus, as a result of natural fluctuations in, e.g., oceanic upwelling. Since iron is the key limiting nutrient impacting phytoplankton productivity in many regions of the world oceans, such as the North Pacific and North Atlantic, adding iron to the upper ocean in those regions could, in principle, increase the burial of carbon in the ocean. 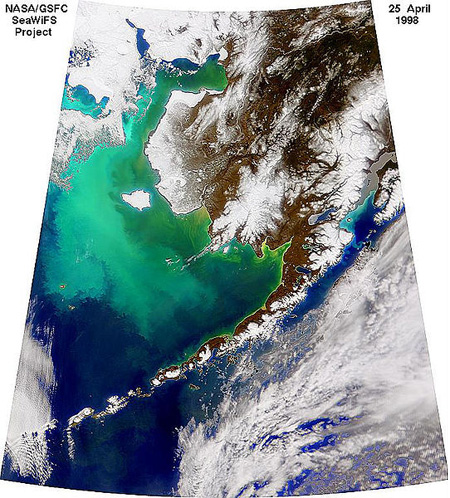 Figure 11.9: Satellite image of a Natural Phytoplankton Bloom in the Bering Sea of the North Pacific in 1998.
Credit: Wikimedia Commons

Once again, as fanciful as this scheme might sound, it is actually being done. A company called Planktos began initial efforts at ocean iron fertilization within the past decade, though the effort was cancelled due to lack of interest and funding.

So, does the idea actually have merit? The limited studies that have been done suggest that iron fertilization appears to increase phytoplankton activity. However, measurements of carbon fluxes suggest that the main effect is a faster cycling of carbon through the food chain of the upper ocean, with no impact on the ocean biological pump, i.e., no increase in the actual burial of carbon in the deep ocean. Thus, the effectiveness of iron fertilization in increasing long-term carbon burial remains very much in question.

Potentially even more troubling, however, is, once again, the very real possibility of negative unintended consequences. Some studies suggest that iron fertilization preferentially increases the productivity of toxic plankton, such as those responsible for red tides. Thus, this geoengineering approach could lead to potentially unpredictable, harmful effects on the marine ecosystem. 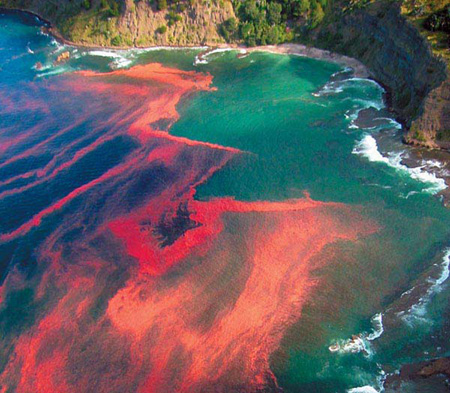