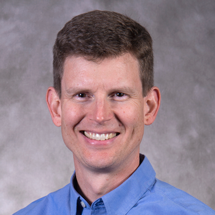 Email: Please use the course email system in Canvas. I check email and the course forums at least once per weekday and once on weekends unless I notify you otherwise. You may also email me directly at rbaxter@psu.edu.

Since 1998 I have worked on spatial data management and distribution projects. In particular, I have been the lead developer and system administrator for Pennsylvania Spatial Data Access (PASDA), which is Pennsylvania’s official spatial data clearinghouse. I’ve been involved in developing online map services and applications since the early days of GIS servers, when we used tools like ESRI’s ArcIMS and Autodesk MapGuide. PASDA has also engaged with emerging data distribution systems, like ESRI’s Geography Network and ArcGIS Online, but we primarily host data locally and publish it using ArcGIS Server on the back-end and a custom user interface. Staying current with the latest technologies and data formats is one of our greatest challenges and keeps us on our toes!

My research and project work occur mostly through my affiliation with Penn State’s Institutes of Energy & the Environment (IEE). Another data management effort that I support is the Penn State Data Commons, which assists Penn State researchers to organize the results of their projects and provides a repository where their (often very big) data is stored and made publicly discoverable and accessible. My scholarly research efforts relate to the land use implications of energy crop production (like switchgrass and winter rye) and identifying suitable lands on which to produce such renewable energy.

I’m looking forward to exploring cloud & server GIS with you and learning from your own experiences! 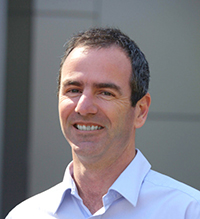 Email: Please use the course email system in Canvas. I check email and the course forums at least once per weekday and once on weekends unless I notify you otherwise. If Canvas is down, you can try jameso@psu.edu.

Bio: I got involved in GIS in 1993 but via a slightly different path perhaps to most people. A year earlier, I'd been introduced to GIS at a university promotional event where it was described as "Computing and Environmental Studies." Intrigued at how the two could be combined, I went along, listened, liked what I heard, and selected GIS as my undergraduate degree.

That degree, combining GIS with a solid background in Computing Science, led to me being employed as a computer programmer, hardware technician, cartographer and a few other things along the way. I obtained a PhD at Penn State (01-04), and followed that up with a year in Australia doing financial management before returning to Penn State for a one year Post Doc working on the final year of the Human Environment Regional Observatory project.

At the conclusion of that project, I moved to Kingston University in London, UK as a Senior Lecturer in GIS and then as a Principal Lecturer teaching ArcGIS customization, spatial databases, GIS & Hazards, Mobile GIS and Geoweb Development (which uses ArcGIS Server), Project Management, and a few other things.

After 4.5 years doing that, I was enticed back to Australia to join the Risk Frontiers research centre at Macquarie University where I work as part of a team using GIS (and a range of other tools) to model the spatial distribution of natural hazards (and their associated losses) like fire, flood, earthquake, and cyclone (hurricane) for insurance companies.

I'm based in Sydney, Australia, but don't let the 12(ish) hour time difference concern you; I'm getting up when the majority of you will be starting work on the class :) I've been teaching in the online program at Penn State for nine years and as always, I'm really looking forward to it.