Did you complete the Course Orientation?

Before you begin this course, make sure you have completed the Course Orientation. 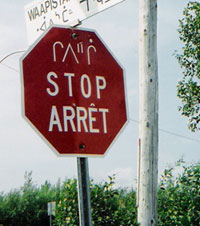 You are just beginning Unit 1 of the course. This unit consists of a single lesson, Lesson 1, which will introduce you to some core concepts we will build on throughout the rest of the course.

Origins of the "Critical Zone" course

When I returned to Penn State in 2003, I immediately began to interact with the director of EESI, Sue Brantley. Sue and I quickly realized that we had common interests in the rates of soil formation (Sue) and ancient soil processes (me), so I began to work with her on a national-scale initiative, at the time organized as the Weathering Systems Science Consortium. This initiative evolved through a series of National Science Foundation (NSF)-sponsored workshops and meetings into what became the Critical Zone Exploration Network (CZEN). Since that time, the NSF has funded a network of Critical Zone Observatories (CZO), of which Sue is the principal investigator on one (Shale Hills) and a CZO National Office that I have coordinated for nearly a decade. This Critical Zone course that you are enrolled in evolved from these efforts and you will read reports and scientific manuscripts that were developed through these initiatives.

As you will learn in more detail, the Critical Zone refers to the thin outer veneer of Earth's continents between the top of the vegetation canopy down to the deepest depths in Earth’s crust at which fresh groundwater exists—in effect, the zone where most of terrestrial life as we know it thrives, including humanity. Consider a single entity capable of nurturing life, supporting agriculture, cleansing water, buffering atmospheric gas levels, to name a few processes, and you will have considered the Critical Zone. It is this zone, or system, critical to the maintenance of healthy life on Earth, that we will learn about during this course.

Historically, very little transdisciplinary and integrative science has been accomplished in the Critical Zone, primarily because no national-level funding enabled such studies. However, the U.S. National Science Foundation corrected that oversight through the creation and funding of a Critical Zone Observatory program in 2007. Thus you have entered an emerging realm of science, truly a frontier, in which new concepts will be advanced and new discoveries will be made as we progress through this course.

Penn Staters are fortunate to have the Shale Hills Critical Zone Observatory near the main campus. Take a look at the video clip of my visit to Shale Hills. The video is somewhat outdated now that the CZO program has expanded to 9 observatories, but it is still informative.

Click here for a transcript of the Shale Hills Critical Zone Video.

DR. TIM WHITE: Welcome to the Shale Hills research watershed. We've driven about 25 minutes southwest of Penn State's main campus, to one of the universities recreational areas called Stone Valley. We're at the beginning of the course, and the reason we've come here is because the Shale Hills watershed is one of three critical zone observatories that was recently funded by the National Science Foundation, to focus on interdisciplinary science in the critical zone. Let's take a short walk up into the drainage and consider some of the details of critical zone science.

We've walked about 100 yards up the drainage, and stopped here so that I can remind you what the critical zone is. We define the critical zone as, the thin veneer at Earth's surface that spans from the top of the vegetation canopy, all the way down through the soils, and bedrock, and surface water, and into the groundwater that freely circulates beneath the surface deep below our feet. This metal well casing beside me penetrates 80 feet into the subsurface and provides us with direct access to that groundwater, the base of the critical zone. Now I'd like to demonstrate to you the truly interdisciplinary nature of critical zone science, by showing you some of the different instruments that are deployed here.

Soil scientists in our group make detailed descriptions of the soils and the depth of the underlying coherent bedrock. And here you can see a soil pit that's been done for that purpose. The soil scientists also use a variety of instruments to study the soil pore waters, and the moisture and temperature content of the soils throughout the seasons. And we'll show you some instrumentation that's used for that purpose next. Recall that I mentioned the interdisciplinary nature of critical zone science. These PVC tubes that you see before me, allow the geochemists in our group to access and sample pore waters contained within the soils. And it's the study of the chemistry, and chemical processes that occur here, that allow us to understand the chemistry of the critical zone at this site. And we'll refer more to this in our water unit later in the semester. This solar-powered data logger provides continuous recording capability for the various soil moisture, and soil temperature probes, that are deployed throughout the basin. This data is being collected as we speak, and analyzed by graduate students back at the main campus.

Erosion in the Critical Zone

Geologists and geomorphologists in our group are interested in the various processes of erosion that occur within this watershed. Imagine that 10,000 years ago, a thick and vast ice sheet existed just 40 miles from here. And so this entire basin was frozen solid, and very little erosion occurred at that time. Since then though, the landscape has thawed and erosion has occurred. And so it's the processes of erosion that have occurred since that thawing that we're interested in. One of these processes is called tree throw. And here you can see this root ball behind me from this recently fallen tree. And it's this process of churning the soil and exposing it to rainfall and erosion, that were interested in. And we'll return to thinking about processes like this during our landform unit later in the semester.

Studying the Tree Canopy in the Critical Zone

In the near future, foresters and plant pathologists within our research group will erect scaffolding to provide them access to the upper levels of the canopy behind me. And these studies will focus on understanding the various fluxes of nutrients from the soils into the vegetation, as well as root-specific processes in the subsurface within the critical zone. We'll refer more to these processes in our biota unit much later in the semester.

Hydrology in the Critical Zone

The hydrologists and civil engineers in our group use data collected here at this weir dam to understand seasonal variations in surface water flow, eventually for the purposes of modeling the hydrology of this basin. Notice the angle of the structure and the notch. These are very precisely made for the purposes of accurately recording the height or stage of the stream, and the flow of the stream at this point. Well, that completes our introduction to the Shale Hills research watershed. Remember that this is one of three recently established critical zone observatories in the United States, built specifically for the purposes of studying the critical zone. And we'll return to think in detail about many of the processes I've briefly introduce to you today, later and throughout the semester.

If you have any questions, please post them to our Questions? discussion forum (not e-mail), located under the Discussions tab in Canvas. I will check that discussion forum daily to respond. While you are there, feel free to post your own responses if you, too, are able to help out a classmate.