Natural gas as recovered at the wellhead consists of mostly methane (C1), but it contains other hydrocarbons, principally ethane (C2), propane (C3), butanes (C4), and pentanes C5 that constitute the natural gas liquids, as discussed in the previous section. Raw natural gas also contains water vapor, hydrogen sulfide (H2S), carbon dioxide, nitrogen, helium, and other impurities, such as mercury. Table 12.3 gives some examples of the composition of natural gas produced in three different locations, to give an example that methane content of natural gas can be as low as 65%. One can also note in Figure 12.2 that some natural gas streams may contain high concentrations of H2S and N2. Some natural gas streams could be a commercial source for helium [4]. One of the important objectives of natural gas processing is to remove the corrosive and toxic gas H2S and convert it to elemental sulfur, as will be discussed later. Important impurities, including those shown in Table 12.3, that need to be removed from natural gas are listed below [5]. 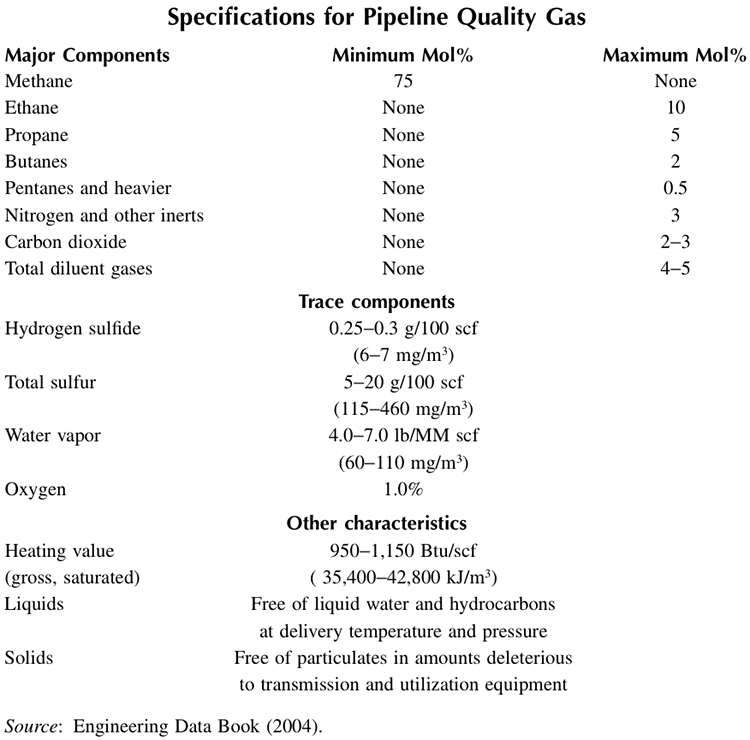