Classification of the Unmanned Aerial Systems

There is no one standard when it comes to the classification of UAS. (In this course, the terms UAS and UAV will be used interchangeably.) Defense agencies have their own standard, and civilians have their ever-evolving loose categories for UAS. People classify them by size, range and endurance, and use a tier system that is employed by the military. For classification according to size, one can come up with the following sub-classes:

UAVs also can be classified according to the ranges they can travel and their endurance in the air using the following sub-classes developed by the US military:

According to the U.S. Department of Defense, UAVs are classified into five categories, as shown in Table 1:

Classification According to Size

The very small UAV class applies to UAVs with dimensions ranging from the size of a large insect to 30-50 cm long. The insect-like UAVs, with flapping or rotary wings, are a popular micro design. They are extremely small in size, are very light weight, and can be used for spying and biological warfare. Larger ones utilize conventional aircraft configuration. The choice between flapping or rotary wings is a matter of desired maneuverability. Flapping wing-based designs allow perching and landing on small surfaces. Examples of very small UAVs are the Israeli IAI Malat Mosquito (with wing span of 35 cm and endurance of 40 minutes,) the US Aurora Flight Sciences Skate (with wing span of 60 cm and length of 33 cm), the Australian Cyber Technology CyberQuad Mini (with 42x42 cm square), and their latest model, CyberQuad Maxi. See Figure 1.1, below. 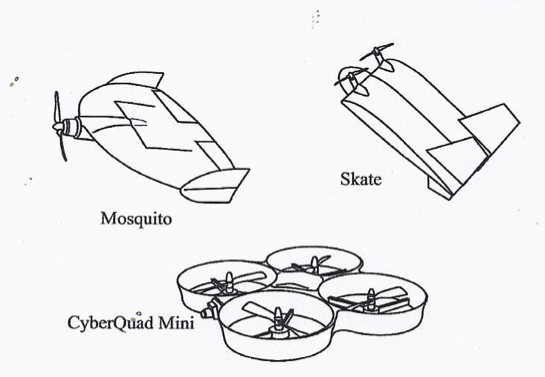 The Small UAV class (which also called sometimes mini-UAV) applies to UAVs that have at least one dimension greater than 50 cm and no larger than 2 meters. Many of the designs in this category are based on the fixed-wing model, and most are hand-launched by throwing them in the air as shown in Figure 1.2. Examples of members of this small UAV class are:

The RS-16, by American Aerospace and shown in Figure 1.4. The RS-16 is a crossover UAV between a small and a medium sized system

Some of the UASs of this class are based on a rotary-wing design. 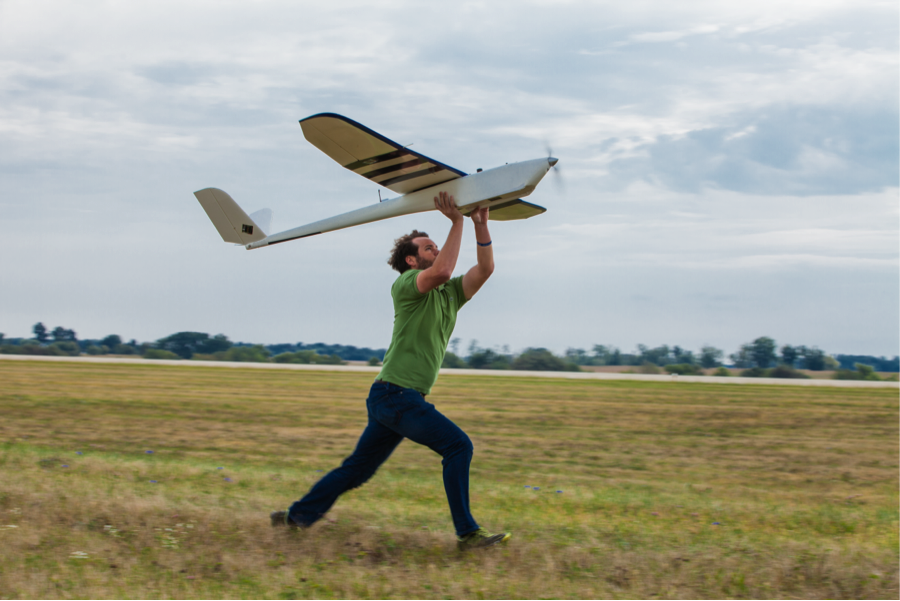 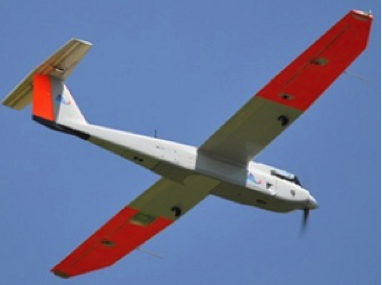 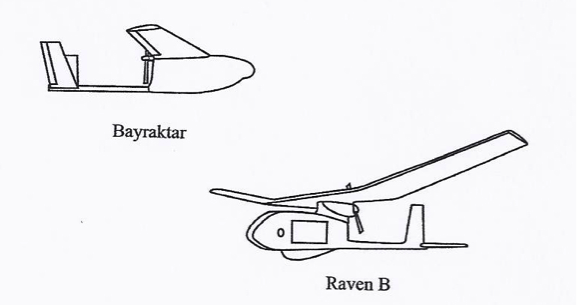 The medium UAV class applies to UAVs that are too heavy to be carried by one person but are still smaller than a light aircraft. They usually have a wingspan of about 5-10 m and can carry payloads of 100 to 200 kg. Examples of medium fixed-wing UAVs are (see Figure 1.6, below) the Israeli-US Hunter and the UK Watchkeeper. There are other brands used in the past, such as the US Boeing Eagle Eye, the RQ-2 Pioneer, the BAE systems Skyeye R4E, and the RQ-5A Hunter. The Hunter has a wingspan of 10.2 m and is 6.9 m long. It weighs about 885 kg at takeoff. The RS-20 by American Aerospace is another example of a crossover UAV that spans the specifications of a small and medium sized UAV. Many other medium UAVs can be found in the reading assignment. There are also numbers of rotary-based medium sized UAVs. 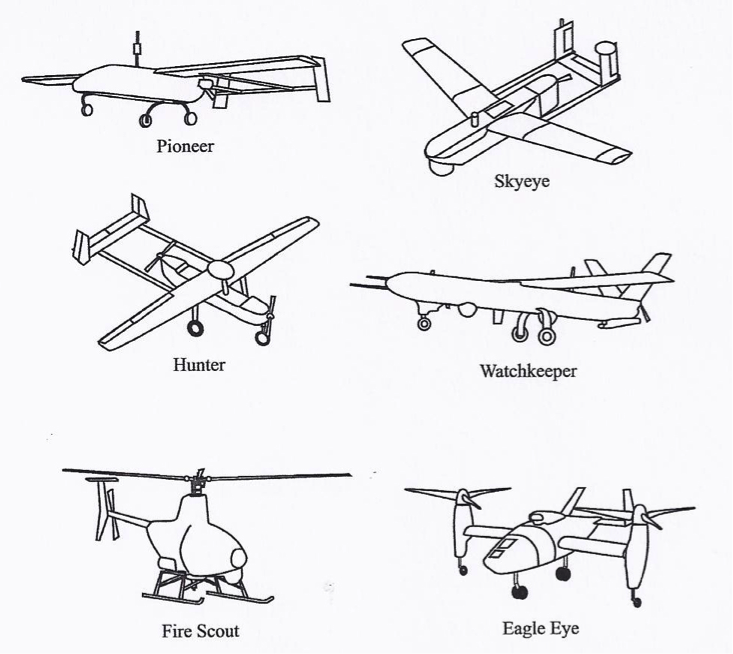 The large UAV class applies to the large UAVs used mainly for combat operations by the military. Examples of these large UAVs are the US General Atomics Predator A and B and the US Northrop Grumman Global Hawk (Figures 1.7 and 1.8). 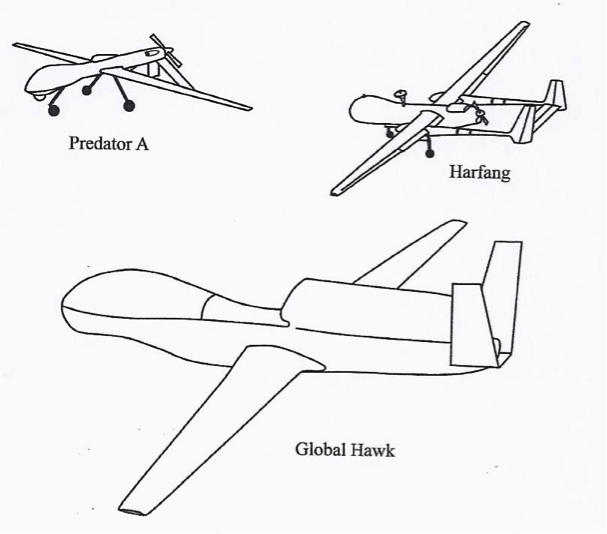 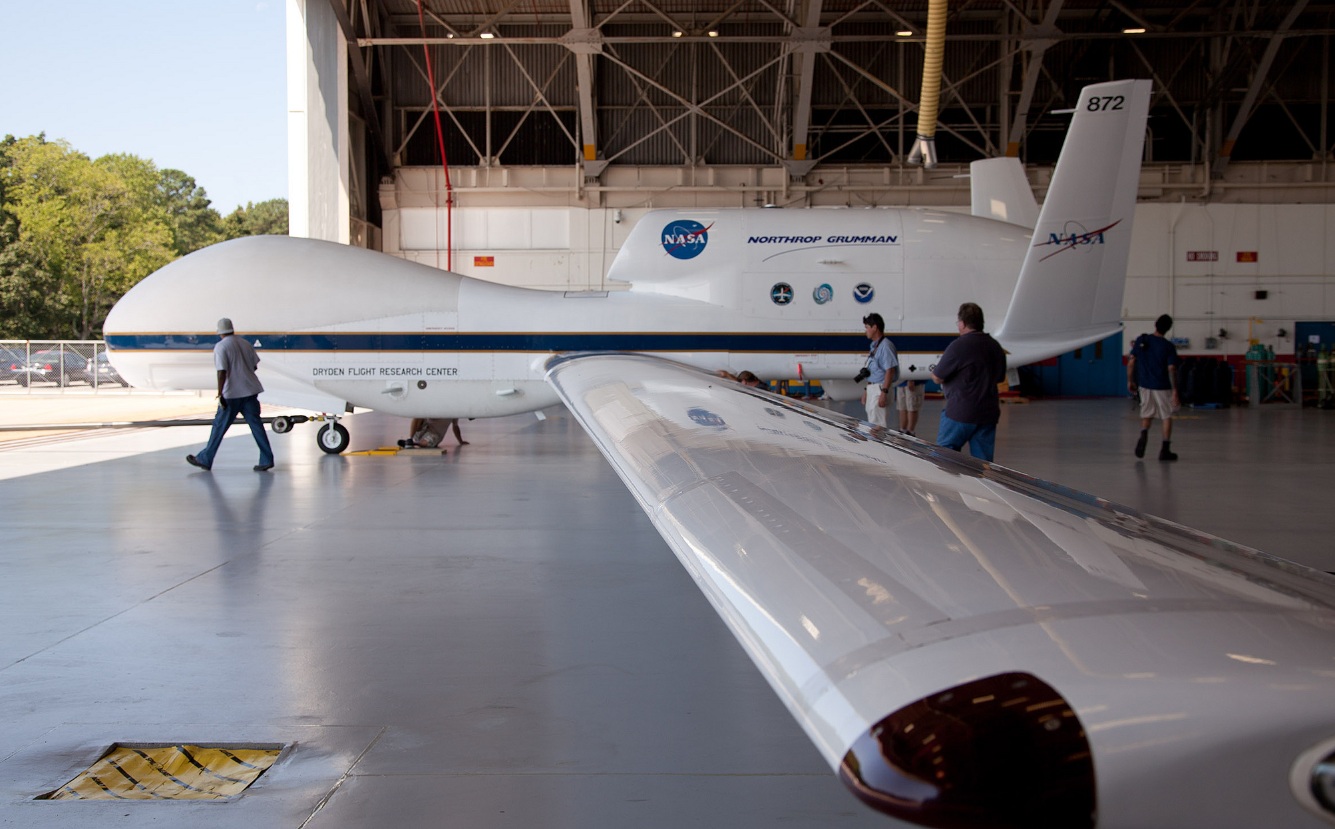 Classification According to Range and Endurance

This class includes UAVs that have a range of 50 km and endurance time of 1 to 6 hours. They are usually used for reconnaissance and surveillance tasks.

This class includes UAVs that have a range of 150 km or longer and endurance times of 8 to 12 hours. Like the close range UAV, they are mainly utilized for reconnaissance and surveillance purposes.

The mid-range class includes UAVs that have super high speed and a working radius of 650 km. They are also used for reconnaissance and surveillance purposes in addition to gathering meteorological data.

The endurance class includes UAVs that have an endurance of 36 hours and a working radius of 300 km. This class of UAVs can operate at altitudes of 30,000 feet. They are also used for reconnaissance and surveillance purposes.