In this section, you will learn about the history of UAS development and its introduction to civilian and military applications.

The history of flying objects, or the unmanned aerial vehicle in its rudimentary forms, extends way back to ancient civilizations. The Chinese, around 200 AD, used paper balloons (equipped with oil lamps to heat the air) to fly over their enemies after dark, which caused fear among the enemy soldiers who believed that there was divine power involved in the flight.

In the United States, during the Civil War, both Union and Confederate forces launched balloons laden with explosives and attempted to land them in supply or ammunition depots and explode them.

As a matter of fact, the idea of unmanned aerial objects came long before manned flights. This was for the obvious reason of removing the risk of loss of life in conjunction with these experimental objects. In modern times, the idea of unmanned flying objects developed to meaning flying aerial vehicles, or aircraft, without pilots on board. Thanks to advancements in technology, the maneuvering and control of piloted flight can be sufficiently mimicked.

The main challenge that faced early aerospace pioneers of piloted and pilotless airplanes alike was the issue of controlling flight once the flying object was up in the air. The Wright Brothers (1903), and at about the same time, Dr. Samuel Pierpont Langley, taught the aviation world a lot about the secrets of controlled flight. Afterwards, the war machine of WWI put intense pressure on inventors and scientists to come up with innovations in all aspects of flight design including power plants, fuselage structures, lifting wing configurations and control surface arrangements. By the time WWI ended, modern day aviation had been born.

In late 1916, the US navy funded Sperry Gyroscope Company (later named Sperry Corporation) to develop an unmanned torpedo that could fly a guided distance of 1000 yards to detonate its warhead close enough to an enemy warship. Almost two years later, on March 6, 1918, after a series of failures, Sperry efforts succeeded in launching an unmanned torpedo to fly a 1000-yard course in stable guided flight. It dived onto its target at the desired time and place, and later was recovered and landed. With this successful flight, the world’s first unmanned aircraft system, which is called Curtiss N-9, was born.

In the late 1930s, the U.S. Navy returned to the development of drones. This was highlighted by the Navy Research Lab’s development of the Curtis N2C-2 drone. (See Figure 1). The 2500-lb. bi-plane was instrumental in testing the accuracy and efficiency of the Navy anti-aircraft defense system. 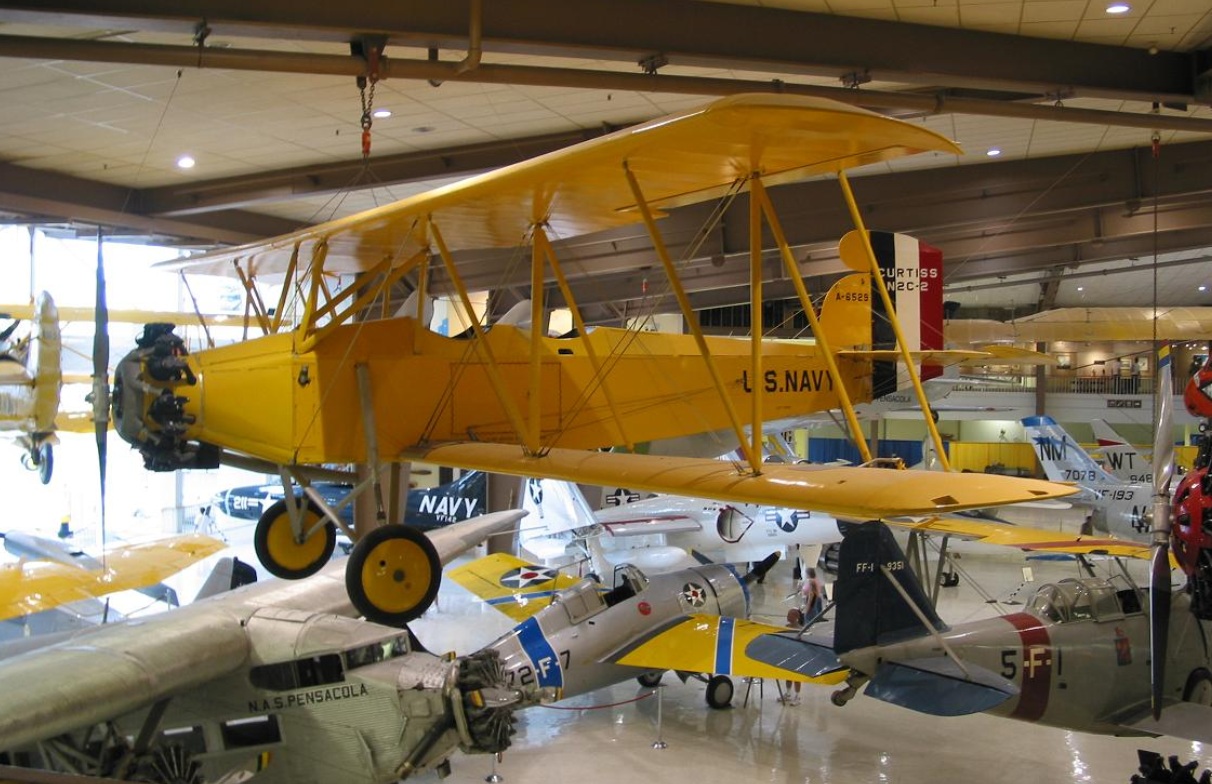 World War II accelerated the development of aviation science in general and the unmanned aircraft in particular. Both the Germans and the allies successfully utilized unmanned combat aircraft. The most extensive program came about during the Vietnam War, as advances in technologies made UAVs more effective. Ryan Firebee drones by Teledyne-Ryan Aeronautical of San Diego, California were flown extensively over North Vietnam and conducted various tasks, such as reconnaissance and signals intelligence missions, leaflet drops, and surface-to-air missile radar detection.

In most recent experience, US forces used drones in the wars in Bosnia, Iraq, and Afghanistan, and drones are in continuous use in the war on terrorism around the world.