The atmosphere is amazing, awe-inspiring, frightening, deadly, powerful, boring, strange, beautiful, and uplifting – just a few of thousands of descriptions. So much of our lives depend on the atmosphere, yet we often take it for granted. 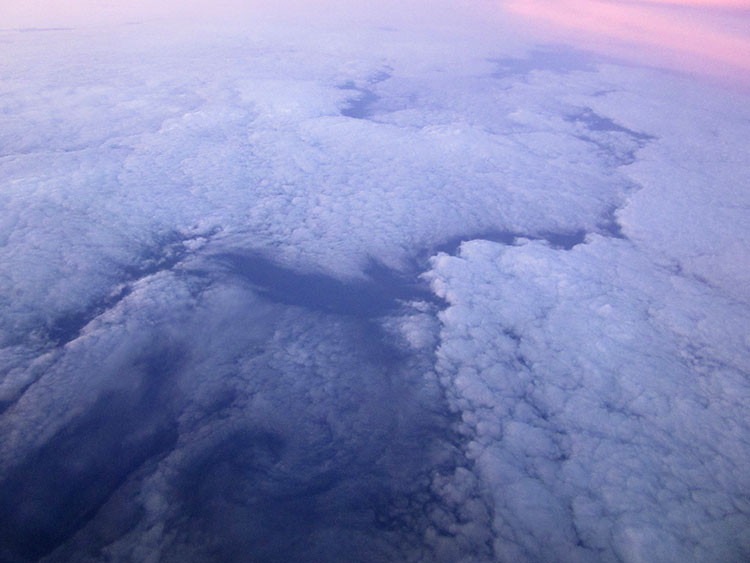 Atmospheric science attempts to describe the atmosphere with physical descriptions using words, but also with mathematics. The goal is to be able to write down mathematical equations that capture the atmosphere’s important physical properties (predictability) and to use these equations to determine the atmosphere’s evolution with time (prediction). Predicting the weather has long been a primary focus, but, increasingly, we are interested in predicting climate.

We know quite a lot about the atmosphere. It has taken decades, if not centuries, of careful observation and insightful theory that is based on solid physical and chemical laws. We have more to learn. You could help to advance the understanding of the atmosphere, but you must first understand the physical concepts and mathematics that are already well known. That is a primary purpose of this course – to give you that understanding.

What follows, below, is a series of pictures and graphical images. Each one depicts some atmospheric process that will be covered in this course. Look at these images; you will see them again, each in one of the next ten lessons. Of course, in each observation there are many processes going on simultaneously. In the last lesson, you will have the opportunity to look at an observation and attach the physical principles and the mathematics that describe several processes that are causing the phenomena that you are observing.

We have offered Meteo 300 online several times but use of the Canvas assessment platform is relatively recent. There may still be errors despite our best efforts.

As we go through the course, if you find an error or typo, post it in the Finding Errors Discussion Forum in Canvas. If you are the first to find an error, you will be awarded 0.1 additional points on your final grade. If you aren't the first one to post, you receive no credit for your find, so it's a good idea to read each lesson at the beginning of each week. A student can earn up to 1 point total (i.e., by being the first to find an error ten times). Now, I hope that we have very few errors, but ...

‹ Overview up 1.2 You won’t believe what you can do with math! ›
METEO 300 Fundamentals of Atmospheric Science