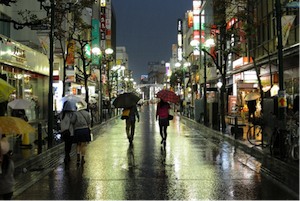 Sustainable community is a term usually applied to a certain inhabited entity, a neighborhood, a town, or a city that is economically, socially, and environmentally healthy and resilient. The typical feature of a sustainably developing community is a holistic approach to meeting the local society needs, as opposed to fragmented efforts, which focus on one specific need and ignore others. Ideally a sustainable community should have a better quality of life, which is built upon responsible and organized citizenship of its members (not on businesses compromising well-being of other communities. A sustainable community also provides economic security through reinvestments in the local economy, diverse and financially viable economic base, sustainable business (PCSD, 1997). The National Partnership for Sustainable Communities defined six principles of livability that make a community sustainable (PSC, 2014):

Availability of transportation choices is the number one factor mentioned on this list. It is interesting that transportation is one thing that becomes worse with economic growth. Other important parts of society development, like information, sanitation, manufacturing, and energy efficiency typically improve with economic development, but not transport. And now, especially, development of new mass transit options become a significant part of plans of orienting communities towards sustainable development.

Urban communities are essentially shaped by their transportation systems. Mainstream city planning in the U.S. has been based on the networks of motor roadways and personal car use, with public transit as second priority. In the second half of the 20th century, the car use and automotive fuel consumption steeply increased, as did greenhouse gas emissions from the transportation sector (~20-25% of world energy consumption). The sustainability of the current communities that are heavily reliant on car transportation becomes questionable for at least two reasons:

Development trends were slightly different in Asia and Europe, where planning was influenced by lower availability of resources or land required for automotive culture. Traditionally, European culture is more reliant on mass transit and has invested more into it. Thus, the International Association of Public Transport (UITP) based in Brussels, Belgium, supports a holistic approach to urban transportation and advocates public transportation development in 92 countries worldwide [Source: Wikipedia / International Association of Public Transport]. On the average, transport emissions of a U.S. city are about 4 times higher than that in Europe and about 24 times higher than that in Asia (UITP, 2014).

Recent trends, however, show that public transit may be re-establishing its role in American metropolitan areas, as several factors suggest that transit may be a more sustainable transportation option (Rutsch, 2008). Incentives that may affect people's choice of public transit versus private cars may include economic benefits, convenience, and speed. Strategies to enhance these factors via new technologies, policies, and business models raise competitiveness of the mass transit.

Please refer to the following reading to learn about possible measures and strategies to make the public transportation more attractive in urban settings.

According to experts, modification of public transit systems through introducing new technologies would be a critical step in meeting the world's future mobility needs. The future urban transportation networks should help cities lower their per capita carbon footprint, make cities more livable by easing commute, and increase accessibility and safety. The Sustainable Cities Institute names “holistic transportation” one of the key principles for urban sustainability. Holistic transportation planning with environment in mind means that besides vehicles themselves, planning should include such elements as streets, sidewalks, pedestrian spaces, bicycle routes, and enabling technologies for private and public fleets.

The following video features a few innovations related to long-distance and short-distance transit, which are discussed in the context of sustainable city planning. Although some technologies and ideas sound and look somewhat futuristic, others started their way up the TRL scale and get much closer to commercialization.

A couple of points / questions to focus on while watching the video: