5.1. What are concentrating photovoltaics?

5.1. What are concentrating photovoltaics?

One of the ways to increase the output from the photovoltaic systems is to supply concentrated light onto the PV cells. This can be done by using optical light collectors, such as lenses or mirrors. The PV systems that use concentrated light are called concentrating photovoltaics (CPV). The CPV collect light from a larger area and concentrate it to a smaller area solar cell. This is illustrated in Figure 5.1. 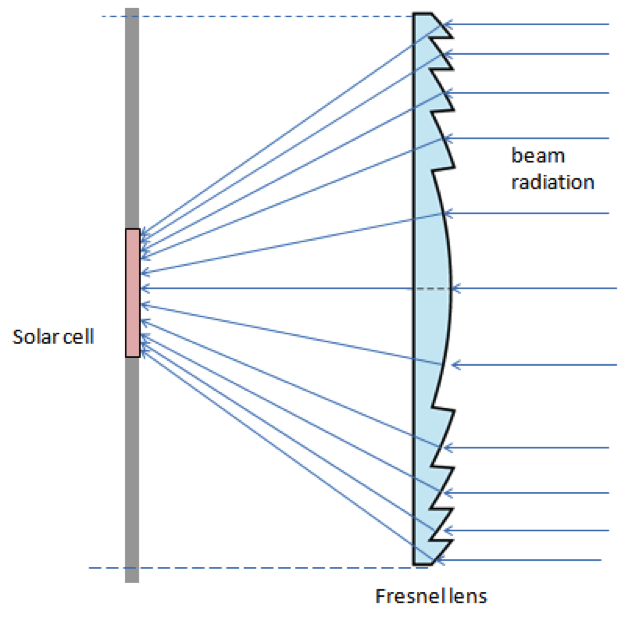 Figure 5.1. This is one of the common types of concentrator cells based on Fresnel lens, which takes the parallel beam sunlight and directs it to a small area. For an effective use of the Fresnel CPV system, two-axis sun tracking is needed to ensure that the rays are perpendicular to the lens.
Credit: Mark Fedkin

The CPV can only use direct beam radiation and cannot use diffuse radiation (diffused from clouds and atmosphere). Therefore, these systems are suited best for areas with high direct normal irradiance. For proper light concentration, sun tracking is needed for achieving high cell performance. Tracking is especially critical for high concentration systems. In general, the CPV can be classified into low-concentration, medium-concentration, and high-concentration.

CPV technology is expected to grow and to expand on market. The cost effectiveness of CPV technology is related to the fact that much smaller sized solar cells are used to convert the concentrated light, which means that much less expensive PV semiconductor material is used. Also, the optics added to the system are made from glass and are usually less expensive than the cells themselves. 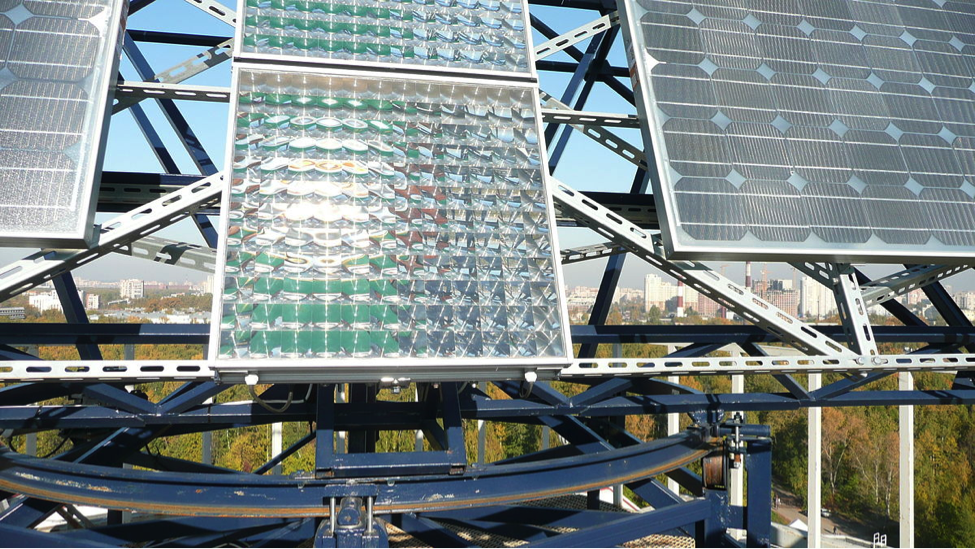 Figure 5.2. Photovoltaic power system on the roof of the St. Petersburg Academic University - Nanotechnology Centre of RAS. In the center, there is a typical design of the Fresnel CPV system represented by a module of multiple cells, with a separate Fresnel lens placed on top of each single cell. On the right side of the image, a regular PV silicon cell module is shown.
Credit: Brücke-Osteuropa - via Wikimedia Commons

CPV systems can produce significantly increased temperature on the surface of the PV material, so the energy should be distributed evenly over the cell area to avoid local overheating (hot spots), which can damage the material. Also, the thermodynamic efficiency of the photovoltaic conversion is less at elevated temperatures, so some kind of cooling may be beneficial. Active or passive cooling can be used. For the CPV cells with low and medium concentration ratios, active cooling is not necessary, since the temperatures reached are moderate. The high-concentration cells require high-capacity heat sinks to avoid thermal destruction of the materials.