In this module, you will learn about the devastating basaltic fissure eruption of Lakagígar (Laki Fissures), also known as the Skaftar Fires eruption, which took place between June 1783 and February 1784. The sequence of events and resulting destruction was recorded in great detail by Jón Steingrímsson, a priest in a nearby village who observed the eruption as it occurred. Much of what we know of the eruption and its aftermath comes from the writings of Steingrímsson and his contemporaries, combined with modern observations of the tephra deposits. Although Lakagígar was by no means a small eruption – it produced ~15 km3 of basaltic lava and tephra – what made the eruption particularly deadly was the large mass of volcanic gases and aerosols released into the atmosphere. Some of these aerosols remained in the upper atmosphere, reflecting the sun’s radiation and causing global mean temperatures to drop, while some fell out as acid rain, destroying crops and livestock. Most of the estimated 9,000 deaths in Iceland and as many as 20,000 worldwide that have been attributed to the eruption resulted from famine and disease, which were widespread across western Europe in 1784.

This said week, and the two prior to it, more poison fell from the sky than words can describe: ash, volcanic hairs, rain full of sulfur and salt peter, all of it mixed with sand. The snouts, nostrils, and feet of livestock grazing or walking on the grass turned bright yellow and raw. All water went tepid and light blue in color and gravel slides turned gray. All the earth's plants burned, withered and turned gray, one after the another, as the fire increased and neared the settlements.
- Rev. Jón Steingrímsson, Fires of the Earth, The Laki Eruption (1783-1784)

Upon completing this module, you will be able to: 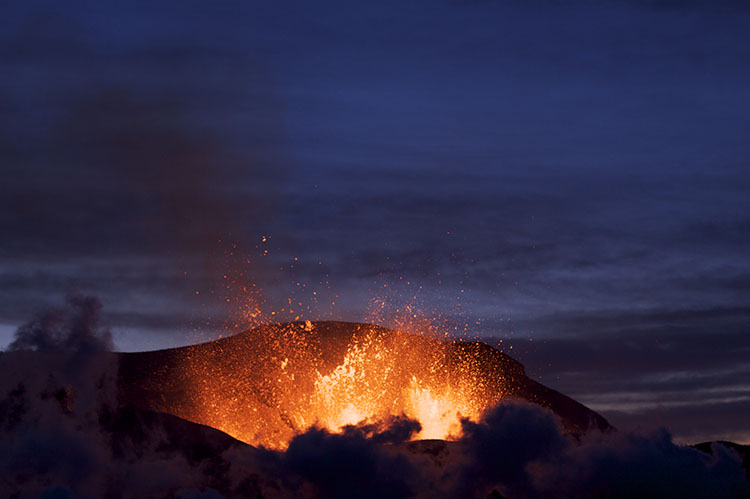 What is due for Module 2?

This module will take us one week to complete. Please refer to the Course Syllabus for specific time frames and due dates. Specific directions for the assignment below can be found within this module.

If you have any questions, please post them to our Questions? discussion forum (not e-mail) in Canvas. I will check that discussion forum daily to respond. While you are there, feel free to post your own responses if you, too, are able to help out a classmate.