When I use the term light, you are used to thinking of the light emitted by a bulb that you can sense with your eyes, which we now know consists of many wavelengths (colors) of light from red to blue. When astronomers refer to these specific colors of light, they refer to this as the “optical” or “visible” portion of the electromagnetic spectrum. As I mentioned briefly before, radio waves are also light waves. Infrared radiation is a kind of light wave (usually abbreviated as IR). The same is true of ultraviolet waves (UV), x-rays, and gamma-rays. These are all different kinds of light. The difference between these other types of light and visible light is again the wavelength of the light.

That site is written at a level appropriate for younger readers, but they do a very good job of summarizing the different regions of the EM spectrum. If you want to read about each region in more detail, each page has an excellent summary:

Notice that the range that corresponds to the visible light we see with our eyes (optical range) is a very small part of the entire spectrum! David Helfand, an astronomer at Columbia University, makes the analogy between light of different wavelengths and sound of different octaves. If you would like to explore this analogy to get a sense of how limited our view is of the Universe when we only consider optical light, see David's "Seeing the Whole Symphony" website.

There are two main points that should be emphasized about the different types of electromagnetic radiation (radio, infrared, visible, ultraviolet, x-ray, gamma ray):

Much of the science of astronomy deals with the study of how light is generated and emitted by a source, what happens to the photons of light from the source as they travel from the source to an observer, and how the observer detects those photons. Let's consider the second of those three points—what types of material can block photons of light from reaching us? If you consider only optical light, then you will probably say that light can penetrate glass, air, and water, but light easily gets blocked by solids, like plastics and metals, or perhaps the clouds in the sky.

To get some perspective on this question of what materials block light, I highly recommend watching the video Infrared—More than Your Eyes Can See (transcript). This video deals primarily with infrared radiation (IR), because it was produced by scientists who work with the Spitzer Space Telescope, a NASA Great Observatory that detects infrared light.

If you notice in this video, IR light behaves very differently from visible light. While visible light gets blocked by smoke, an IR camera can penetrate smoke to see a fireman in a smoke-filled room. Using visible light cameras, you could easily film someone swimming in a pool of water, however, water blocks IR light, so you would not be able to see the swimmer underwater with an IR camera. The same things goes for glass—while visible light easily penetrates a plate of glass, if you put a person behind a glass window, the person would be invisible to an IR camera. My favorite demonstration is the black plastic bag. Obviously, we cannot see a person's hand if they put it inside a black plastic bag, but an IR camera can!

As mentioned above, Earth's atmosphere (which we usually think of as transparent) is actually only transparent to certain wavelengths of light. This is illustrated in this cartoon below: 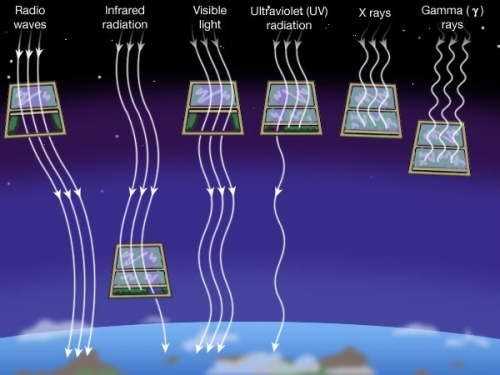 Figure 3.4: The Earth's atmosphere is transparent only to certain wavelengths of light that uses the analogy to open, closed, or partially closed windows.
Credit:  Penn State Astronomy & Astrophysics

In contrast, our atmosphere blocks most ultraviolet light (UV) and all X-rays and gamma-rays from reaching the surface of Earth. Because of this, astronomers can only study these kinds of light using detectors mounted on weather balloons, in rockets, or in Earth-orbiting satellites. If you study the transparency of the Earth's atmosphere plot (by the European Southern Observatory), you will see that you can represent this idea of windows in a more rigorous way. You can plot how opaque the atmosphere is (or equivalently, what percentage of photons are blocked by the atmosphere) as a function of wavelength. So, for example, 0% of green photons are blocked by the Earth's atmosphere, but nearly 100% of all photons with wavelengths shorter than 100 nanometers are blocked from reaching the surface of the Earth.