The Wide Open Spaces of Innovation 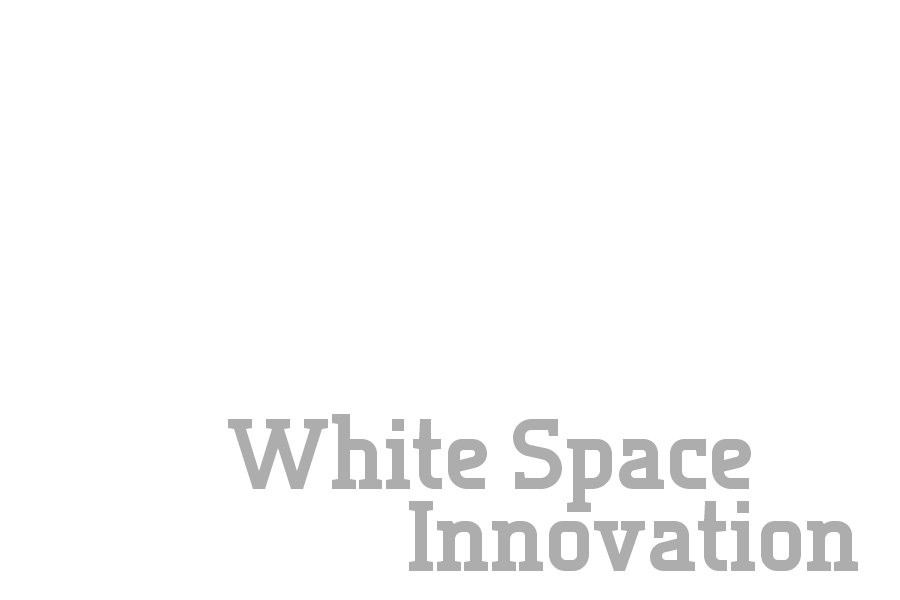 White spaces are exactly as they sound. These are indeed those new-to-the-world offerings that have the potential to truly disrupt the category, and potentially, an industry. While these may be the prototypical "innovations," there is one slight problem: incredibly smart people and organizations go decades without creating a single truly white space innovation, if ever. Consider that while there were 615,243 patents issued in the US in 2014, the vast majority of those patents do not come to commercial fruition, let alone become truly viable white space innovations.

These innovations are defined by the fact that they are often radical departures from the established, and may indeed signal a revolutionary change, even if in a small niche. While this revolutionary development may be in a category already established (e.g., biodiesel, computing), the means of creation may be a significant departure from any successful venture before it (e.g., biodiesel from algae in under an hour, quantum processors).

These innovations also have a tendency to have three things in common: long development times, elevated costs, and specialized knowledge. I purposely use the word "tendency" here because there will always be those white space innovations driven by a chance occurrence, or a single genius in a garage somewhere. There will always be those people and organizations that can capture lightning in a jar.

Any organization that can craft a true white space innovation should utilize it to the fullest, but some organizations are better positioned to create them in the first place. Organizations with a significant in-house braintrust, ample resources, and the financial wherewithal to invest in long-term, potentially fruitless research tend to have the edge in creating these types of sustainability-driven innovations. In many cases, we are talking about large corporations, universities, labs, and the like as being the hotbeds of whitespace innovation, although many small "spin offs" are incubated by these larger enterprises every year.

The PNNL is doing some astounding stuff around biofuels. In one case, seemingly overnight, they produced research about WWII stories of canvas tents being digested in order to find an aggressive fungus to digest rough biomass for efficient use in biofuel creation.

In a 2013 study, the U.N. found that 6 billion people worldwide have access to mobile phones, a full 1.5 billion more than have access to toilets. Craig Jacobson, Co-Founder of Point Source Power, recognized that many in the world have the need to charge a cell phone, but may be without accessible means to do so. To fill this need, he went about creating a thermal fuel cell with a probe that can be placed into a cooking fire, and which charges either a spare battery or a cell phone directly. It is not only a fascinating development, but one which is built at a bare minimum cost in order to be affordable to those in third world countries. Please watch the following 3:05 video.

CRAIG JACOBSEN, POINT SOURCE POWER: There are 1.5 billion people in the world today that don't have electricity. However they do have electric needs, primarily driven by the cell phone. They may have no electricity, no running water, no toilet, but they'll have a cell phone and they want to charge it and use it. What they do to charge their cell phones today is go through a very long, arduous process. They have to take their cell phone to what's called a town center, and they may have to walk for an hour or more to get there. They then leave it there, and if there's a line, maybe they have to leave it there overnight, for a day and a half before they get their cell phone back. and so it's very inconvenient, time consuming, and expensive. They would really like an in home solution where they can control their cell phone, they don't lose their cell phone for a day, and they can save some money, and that is really what we've tried to come up with.

The technology we're using is a fuel cell technology. Most people have probably heard of fuel cells. Fuel cells operate on a fuel, which typically Hydrogen and Oxygen air. And they use a chemical reaction to generate electricity rather than generating heat. This is actually one of our fuel cells. This little circle here it's about the size of a nickel. So, to make this operate we need three things: we need Oxygen, which is in the air around us, we need heat, and then we need fuel. In this case, I will take a butane torch. When I turn this on, I'm going to heat this up to about 700 or 800 degree Celsius. And when it gets to that temperature, it will turn on the LED light. Now of course in the developing world they don't have creme brulee torches. What do they have? What they have is a cook stove. Everyday they cook, and they've got a fire burning, and that fire has the fuel and the heat we need to operate. And every time they cook they can generate electricity.

This is actually one of our prototype units and it has several important parts. This is actually the fuel cell part. This goes in the stove, so they will put this into their cook stove. They'll cover it with fuel, which is typically a charcoal. The charcoal is what they set on fire. They start burning. They put a pot on top of that and they start cooking. Once this gets red hot, that starts generating electric power then goes into here, and we can store the power in a battery or we can go straight through this plug into a cell phone, or we can go into an LED light. And they can use that power any way that they want.

What we've done is radically simplified the system, and lowered the materials cost so that we have a very simple, cheap system. And this technology and this product can make a real difference in people's lives. Hundreds of millions or billions of people around the world could use this type of technology and really benefit from it. These are people that will never get electricity in their lifetime unless something like this comes out. And so it makes us feel very good, and very proud of the work that we're doing. That we can have that kind of impact. And we hope that other people will join us in this journey as we go forward and bring this technology into these markets.

There are a few interesting innovations at play here, but it will remain to be seen if the technology, design, and taste is truly up to the rigors of the supermarket, or if this product will live and die as some sort of novelty. Please watch the following 2:58 video.

ON SCREEN TEXT: Stonyfield Organic in collaboration with wiki pearl. Introducing Stonyfield Frozen Yogurt Pearls. Like nothing you've seen (or eaten) before... except in nature.

GARY HIRSHBERG, CHAIRMAN OF STONYFIELD FARM: We began Stonyfield in 1983 with the idea that business should be part of the solutions to what ails our planet. We should attack ideas like waste. Attack ideas like using chemicals. Attack ideas like not treating family farmers well, and ever since the beginning of the company I've been obsessed with packaging. I've always believed that we should use less. In fact my ultimate obsession was always when you finish eating the yogurt, you should eat the cup.

PROFESSOR DAVID EDWARDS, HARVARD UNIVERSITY, FOUNDER OF WIKIFOODS INC.: Wikifoods is a vision of a totally new way in which we package food and beverage, so that we eliminate the wasteful packaging that is so present in food and beverage today. We're using the rules of nature to wrap food and beverage in edible skins like grapes skins, or the white endoderm of a coconut.

GARY HIRSHBERG: I first became aware David's work reading about him in a magazine article. I called him right away because of course this was the dream this is something I've been dreaming about for 30 years.

PROFESSOR DAVID EDWARDS: So I was interested in creating through art and design and frontiers of science, completely new ways of delivering food and beverage. Delivering excitement, and pleasure, and deep nutritional value, and yet with minimal side effects either to human health or to the environment.

GARY HIRSHBERG: The important thing to understand about this technology is it's unlimited. The, the options, the applications, are unlimited. There are meal solutions. There are snack solutions. There are treats. There, it's for kids, it's for adults, it's for one-handed eating which is now very popular. It's for on-the-go culture, but also it's for a conscious culture. So you can have the possibility of food equaling health, and no waste no mess, no footprint, in terms of toxins or anything like that, environmental footprint, and unbelievable taste. I mean that sounds like a complete win for everybody, right? Win, win, win, win, win. And why not?