In technical sense, sun tracking is a method to keep the surface of the solar panel or a collector perpendicular to the incident solar rays. This is the ideal condition, when maximum amount of solar energy is transmitted to the receiving surface.

When the incident ray is not perpendicular to the surface (which is often the case with fixed-tilt systems), the angle of incidence is not zero (q ¹ 0), and part of the incident energy will be lost due to so-called cosine effect. To maximize efficiency of the system, we should always seek ways to minimize the cosine effect at any particular moment of time.

The figure below shows two scenarios: one the left illustrates an ideal situation, when solar rays come down on the surface of solar collector (PV panel) at the 90o angle; the right image shows what happens when the Sun moves across the sky while the panel remains fixed.

Figure 3.3: Orientation of the receiver plane perpendicular to the incident rays (left) and at an angle (right), which introduces cosine effect.
Mark Fedkin

In the second case, the sun rays come down to the surface at an angle q, which will decrease the amount of energy absorbed by the surface, and thus will lower the system efficiency. By how much?

Figure 3.4: Evaluation of cosine effect on a horizonal surface based on the zenith angle.
Mark Fedkin

For example, if we assume incident irradiance to be 1000 W/m2, and angle of incidence 30o, then

Thus, without considering other inefficiencies, losses due to cosine effect are expected to be around 13.4% at this angle, which is quite substantial.

Tracking can be an effective solution to minimize these performance losses. Tilting the panel by the angle (b) equal to the zenith angle would set the panel perpendicular to the sun rays once again. 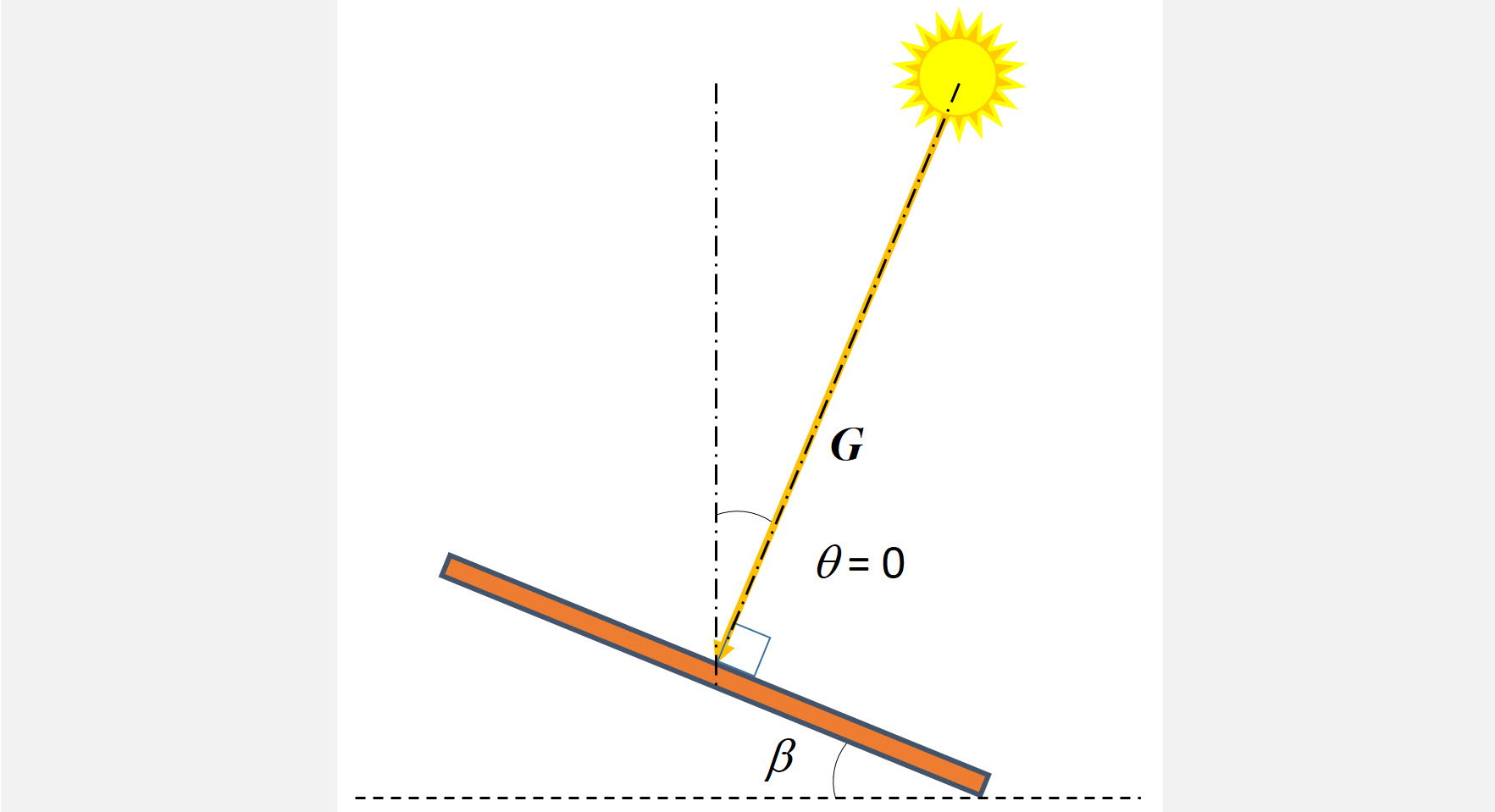 The early attempts to eliminate cosine effect would involve annual adjustment of panel angle throughout the day. But that would be tedious, inaccurate, and too discrete, while the Sun stays in constant motion on its daily path. Present-day automatic trackers use algorithms that are able to continuously track the Sun with accuracy of ±0.0003o.