Before diving into specific sustainability issues, we'll get an overview of some of the key "planetary boundaries," as outlined by Carl Folke In Chapter 2 ofIs Sustainability Still Possible? As you'll see, we'll go over some of these in more detail in this lesson. One important term that Folke does not define, but is important to understand, is ecosystem services. The National Wildlife Federation defines an ecosystem service as:

"any positive benefit that wildlife or ecosystems provide to people."

Examples include plants that convert carbon dioxide into oxygen, fisheries that naturally replenish themselves and feed humans, wetlands that filter toxins and mitigate storm impacts, soil organisms that foster plant growth, and bees that pollinate food crops and other plants. We could cite innumerable examples, but without ecosystem services, life on earth would not be possible. Further, much of what we depend on for survival is offered for free by nature. Most ecosystem services are performed by the biosphere, which "includes all living organisms on earth, together with the dead organic matter produced by them." (Credit: Encyclopedia of Earth).

The following is a summary of some key points from the readings:

The time that we find ourselves in now is what he terms the "Anthropocene," which he defines as "the age in which human actions are a powerful planetary force shaping the biosphere." 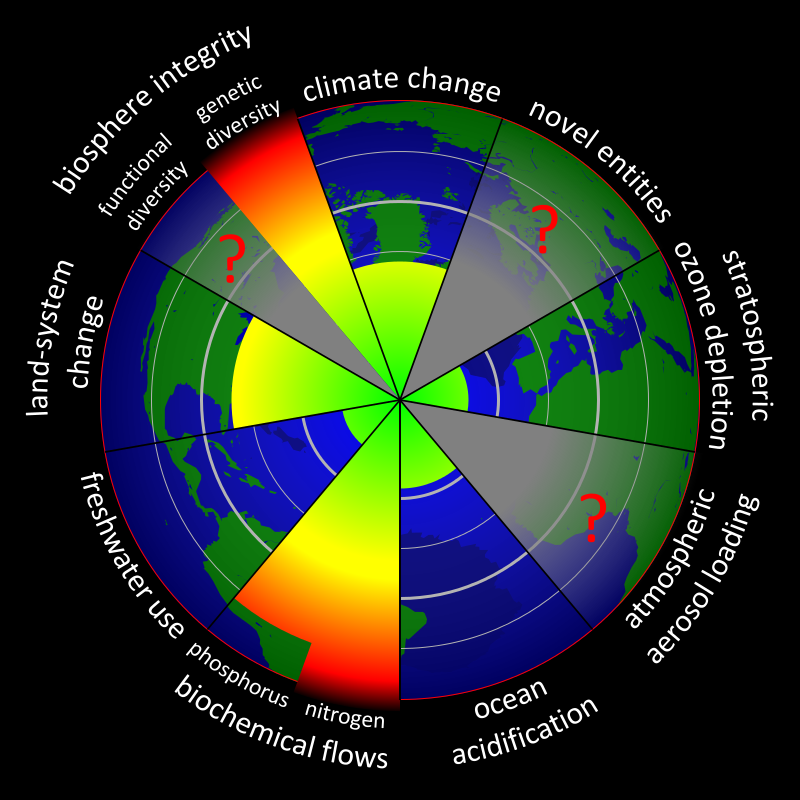 Figure 3.1. The Nine Planetary Boundaries. The green areas indicate sectors where humans are operating within safe margins, the yellow indicate uncertain but "increasing risk," and the red indicates "beyond the zone of uncertainty."
Credit: Ninjatacoshell, CC BY-SA 4.0, based on the Stockholm Resilience Center

Why call it the Anthropocene?

So where does the term Anthropocene come from? You may remember the concept of the geologic time scale from Geology or Environmental Science class, which is how the earth's history is separated into different time periods called eons, eras, periods, epochs, and ages. (Refer to this chart from the Geological Society of America for details.)

The Holocene epoch began around 10,000 years ago, and saw the beginning of agriculture and thus permanent human settlements. The term "Anthropocene" is a deliberate reference to the fact that humans have become such a dominant force in the world that many scientists consider it to be a new geologic epoch. "Anthro" refers to "humans" (remember anthropocentic from an earlier lesson?), which is why it is referred to as the Anthropocene.

By now you should have a sense that humans are using resources at an unsustainable rate. As we have seen previously, it is important to look at specific metrics when possible. The International Geosphere-Bioshpere Programme (IGBP) did just that when they looked at what they consider key socio-economic and earth system trends. What they found is frequently referred to as the Great Acceleration. (See the full original report here, if you are interested.)

Here is how they described what they found (emphasis added in bold): "The second half of the 20th Century is unique in the history of human existence. Many human activites reached take-off points sometime in the 20th Century and sharply accelerated towards the end of the century...The last 60 years have without doubt seen the most profound transformation of the human relationship with the natural world in the history of humankind." (Source: International Geosphere-Biosphere Programme)

For more detailed information, see IGBP. If you have trouble seeing the image, click on iti for a resizable version. 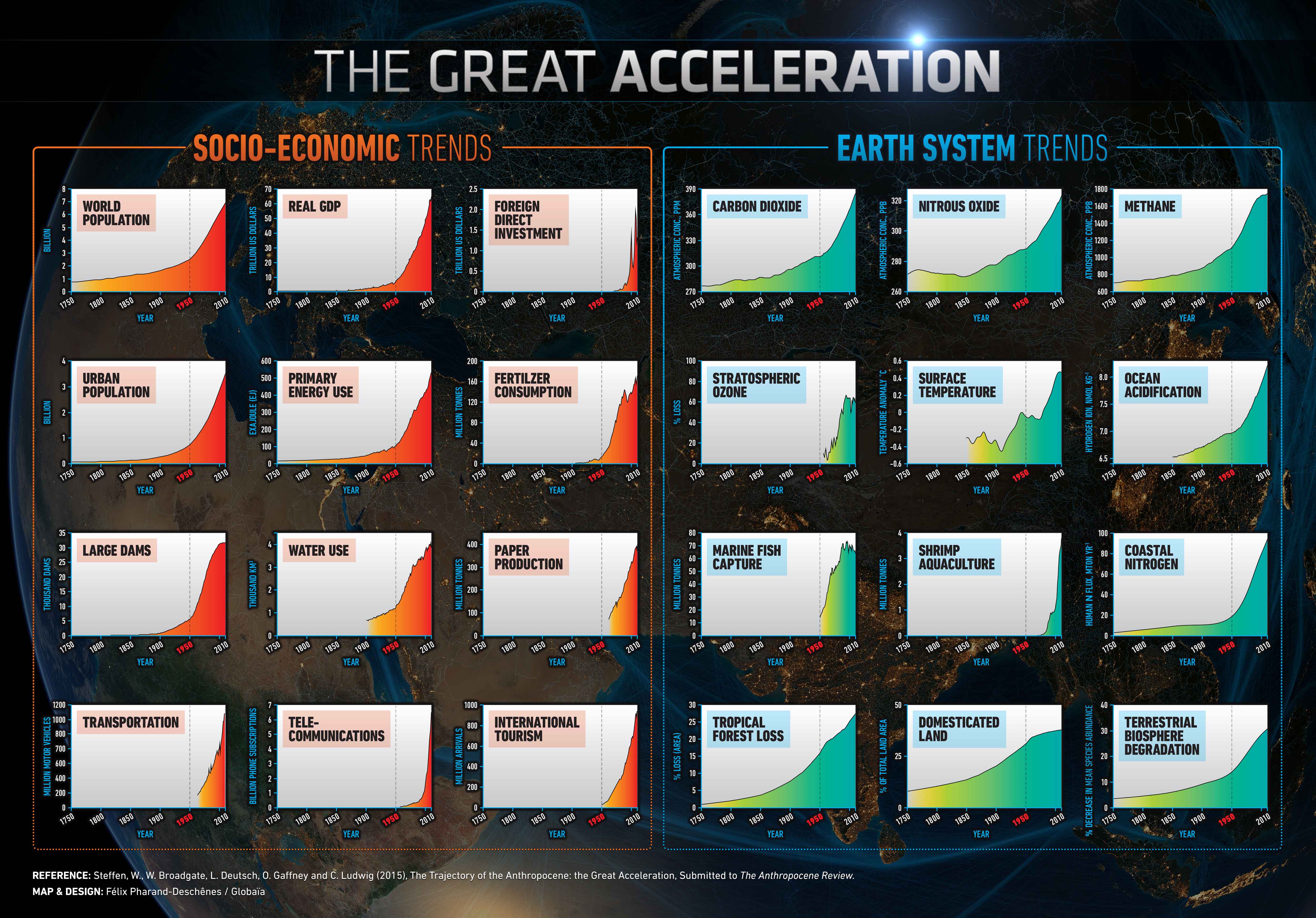 How important are humans to the Anthropocene? Do they play a large role?